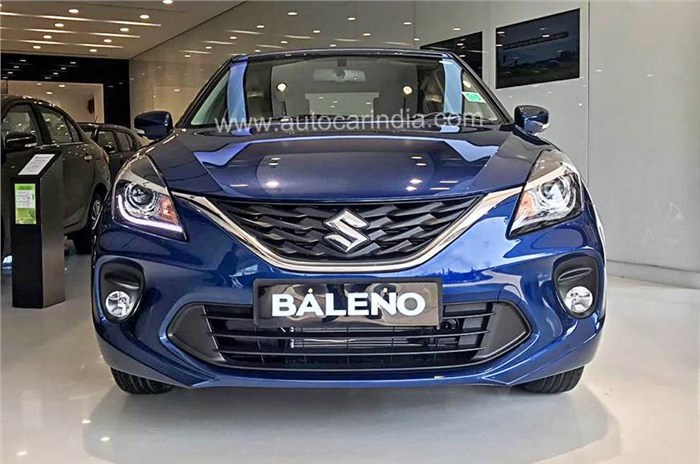 The Baleno has proven to be a very popular car among buyers in the premium hatchback segment, as the car regularly features in the ten best selling vehicles every month. This has also reflected in the model’s cumulative sales, with the figure now having crossed the 6.5 lakh-mark – five months after the carmaker announced that sales for the hatchback had crossed the 6 lakh-mark – with average monthly sales in excess of 14,000 units per month in the calendar year.

Launched back in October 2015, the Baleno received a facelift in January this year with a second update coming in April that saw the petrol hatchback be upgraded to meet BS6 emission norms (just the 1.2 K12 engine was updated), along with receiving a new mild-hybrid 1.2-litre DualJet petrol engine option. The 1.0-litre Boosterjet engine from the Baleno RS and the 1.3-litre diesel engines remain BS4-compliant – the latter will meet its end with the upcoming emissions norms as Maruti is set to exit the diesel car market.

Aside from being sold to the public via the premium Nexa dealership chain, Maruti Suzuki is also supplying the Hyundai i20 and Honda Jazz rival to Toyota, who is marketing the premium hatchback as the Toyota Glanza.

The Indian automaker is presently upgrading its entire product range to comply with the upcoming BS6 emission norms with the Wagon R 1.0 being the latest model to be upgraded. The carmaker is also working on a petrol version of the S-Cross and the Vitara Brezza with launches expected in the coming months.