While the spotlight might be on SUVs, hatchbacks are here to stay, says Maruti Suzuki’s executive director Shashank Srivastava. 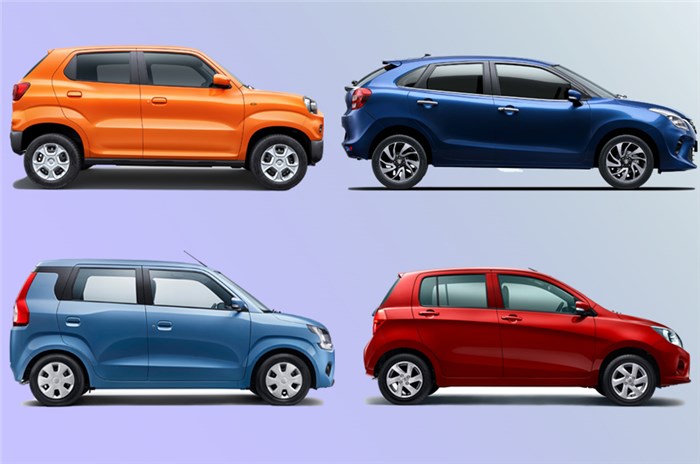 2019 will be remembered as the year of the SUV. Since January, India has seen the arrival of a whole volley of SUVs, including the Nissan Kicks, Tata Harrier, Hyundai Venue, Kia Seltos and MG Hector. In contrast, we’ve had only two all-new hatchbacks – the Hyundai Grand i10 Nios and the Maruti Suzuki S-Presso, which interestingly enough is marketed as a mini-SUV. With SUVs being the talk of the town, the question is, is it the beginning of the end for hatchbacks? Could hatchbacks be a dying breed?

“My clear answer is no. Hatchbacks are not a dying breed,” says Shashank Srivastava, executive director, Maruti Suzuki, in an interview with Autocar India. Explaining his stance, Srivastava added, “The reason why I say this is that the hatchback segment still is about 45-46 percent of the total passenger vehicle market, and it has been around that level for the last 5-6 years. People have been talking about the demise (of hatchbacks) for a long time but it (market share) has remained in that range. Sedan percentage in this market has actually come down, and compact sedans have come down more than what hatches have actually.”

While SUVs are on the rise, Srivastava was of the view that the hatchback is here to stay. “If you go by the basic consumer data, there is no such trend (to suggest a drop in hatchbacks). However, going forward, one should never really go by the past trend, but look at how the usage and the consumer aspirations are changing or how consumers’ preferences are changing, if demographically there are any changes, etc. But, my sense is that the hatch will be in India, will be there to stay. Affordability will still be a major factor in India.”

2019 has been a tough year for the Indian automotive industry and market leader Maruti Suzuki has had it particularly bad. Maruti’s total passenger vehicle sales fell to 6,63,522 units in April-September 2019, down 27 percent from April-September 2018’s cumulative sales figure of 9,08,801 units. Industry-wide, passenger vehicle sales dropped 23.7 percent in the same period. A close look at Maruti’s numbers reveals that hatchbacks, a body style the carmaker is almost synonymous with, have witnessed a sales drop of 27.4 percent. A deeper dive also brings to the fore that budget hatchbacks, represented by the Alto and Alto K10 (later joined by the S-Presso) have been impacted the worst. The sale of Maruti’s budget hatchbacks more than halved from April-September 2018’s figure of 2,13,615 units to 99,678 units in April-September 2019. Maruti’s remaining hatchbacks, namely the Wagon R, Ignis, Swift and Baleno sold a cumulative 2,82,576 units in the same period, a sales slide of 9.7 percent.

Speaking on the sales drop across Maruti’s hatchback line, Srivastava said, “The barriers to affordability have been going up and there is a disproportionate effect because of the sensitivity of the customer to the increase in prices. You have road tax going up, you have insurance going up, you have emission norms and all these leading up to higher costs. And yes, there has been an effect. And that is why these questions (on the future of hatchbacks) are being raised.”

Maruti has also witnessed a de-growth of 12.1 percent in the April-September 2019 period across its utility vehicle portfolio, comprising the Vitara Brezza, S-Cross, Ertiga and XL6. However, Srivastava believes the misinformation about BS6 diesels caused the exaggerated drop in sales. “The reason for the 3-4 months of downturn, apart from the general market condition, is also because I think there was some confusion that Maruti Suzuki will completely move out of the Vitara Brezza, because we announced that we were moving out of diesels, and the S-Cross and Brezza are only in diesel. So the obvious thought was that these models will disappear. But then we gave confidence to the market with a 5-year warranty (on the diesels). Also, we very rarely give forward guidance on our products, but we announced that for the S-Cross, as well as for the Brezza, we will come out with a BS6 (petrol) engine.” Srivastava says Maruti’s SUV sales will pick up once petrol versions of the Vitara Brezza and S-Cross launch in the months to come.

Would the Maruti line-up of the future ever be bereft of a hatchback? You can certainly bet it won’t.

Up to Rs 75,000 off on Maruti Suzuki Vitara Brezza, Dzire, Swift diesel