Up to Rs 75,000 off on Maruti Suzuki Vitara Brezza, Dzire, Swift diesel

Maruti Arena dealers are offering sizeable discounts on their diesel vehicles during the month of November. 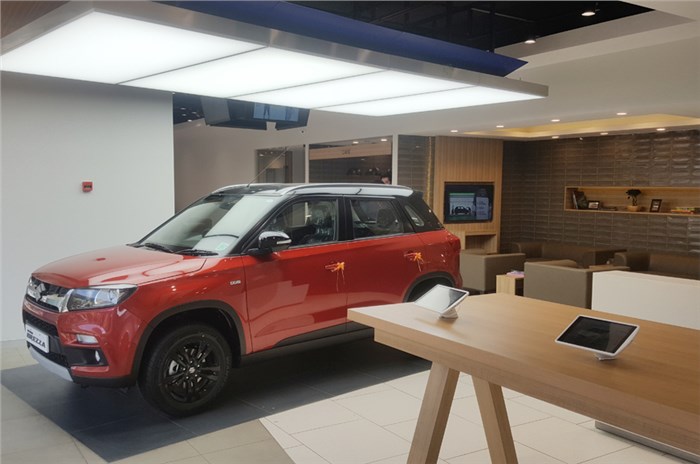 The recent festivities brought India's largest automaker a reason to cheer. Maruti Suzuki registered sales of 1,41,848 units in October – a figure which not only translates into 28 percent higher volumes vis-à-vis September, but also marks an uptick of 4.3 percent as compared to year-ago sales. Being one of the few passenger vehicle (PV) manufacturers to register positive growth on a year-on-year basis, Maruti is working hard to stay on track in the penultimate months of this calendar year. And with its decision to drop diesels entirely from its line-up prior to April 2020, the dealerships are offering massive discounts on existing stock of diesel models.

We’ve listed the benefits that Maruti Arena dealers are extending on the Vitara Brezza, Swift and Dzire diesels for the month of November. Have a look.

Save up to Rs 75,000
Launched at Auto Expo 2016, the Vitara Brezza has proved to be a huge hit for the automaker. But now in its fourth year without any significant updates, sales of the compact SUV have started to slump. The lack of a petrol engine option and increased competition from fresher and better-equipped rivals – like the Hyundai Venue and Mahindra XUV300 – have had a further impact on sales. To ensure that the current-gen Brezza soldiers on till its facelift arrives in 2020, dealers are currently providing benefits of up to Rs 75,000 on the compact SUV; including consumer and corporate discounts as well as an exchange bonus. Maruti’s free five-year/1,00,000km extended warranty offering should also prove to be an added boon to prospective customers.

In terms of mechanicals, the Brezza currently gets a sole 90hp, 1.3-litre diesel engine with either a 5-speed manual or a 5-speed AMT-automatic gearbox.

Save up to Rs 65,000
Though its sales figures might have taken a hit, like majority of the PVs amidst the ongoing downturn, the Dzire continues to be one of Maruti’s most popular models in our market. Those looking for a car that scores well on fuel efficiency, space, comfort and equipment will find a good deal in Suzuki’s diesel compact sedan – especially considering the Rs 65,000 benefits and the free five-year extended warranty that are on offer this month.

The Dzire diesel gets a 75hp, 1.3-litre oil burner mated to either a 5-speed manual or an AMT-automatic transmission. It rivals the likes of the Hyundai Xcent, Honda Amaze, Ford Aspire and Tata Tigor in our market.

Save up to Rs 60,000
The Swift has been a consistent performer for the Japanese automaker for a long time now. However, before its sales numbers see a dip, come 2020, with the discontinuation of the diesel offering, Maruti is trying to soak-up as much demand as possible for the more fuel-efficient engine option by introducing cash, corporate and exchange bonuses, amounting up to Rs 60,000 in total. Also on offer are its warranty benefits, similar to its sedan sibling.

The Swift shares its diesel powertrain with the Dzire, including its gearbox options. It faces stiff competition from the new Hyundai Grand i10 Nios, Ford Figo, and also the Volkswagen Polo in the midsize hatchback segment.