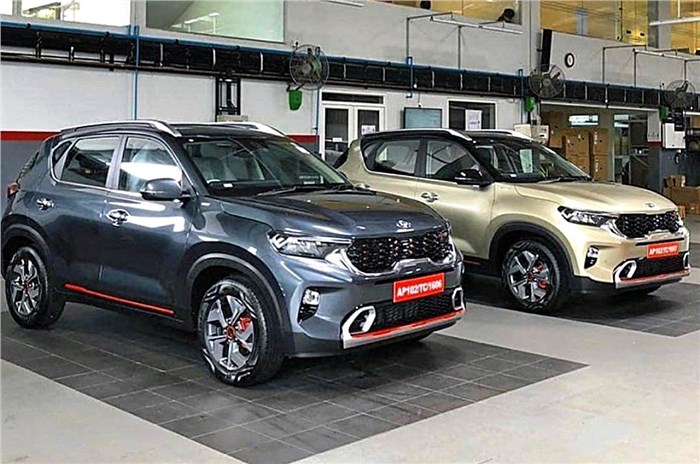 The Kia Sonet has been a steady seller for the brand in India, and in the first year of its sales, the model has already crossed the 100,000 sales milestone. In fact, the Sonet has contributed to 32 percent of Kia India’s overall sales in the past 12 months.

Kia Sonet: which variants are more in demand?

What is creditable is that despite being launched when the Covid-19 pandemic was at its peak in India, the Sonet has gone on to cross the 100,000-unit sales milestone. As per a data analytics by Autocar Professonal, Kia India sold a total of 91,706 Sonets between September 2020 and July 2020, comprising 56,121 petrol variants and 35,585 diesel variants. The fuel-wise split constitutes a ratio of 61:39 in favour of petrol.

The Sonet is also the only compact SUV to offer a 1.5-litre diesel engine with automatic transmission, which Kia says contributes almost 10 percent to its overall sales. Top-spec variants account for almost 64 percent of total sales. Also, almost 30 percent customers have preferred a connected variant of the Sonet and 26 percent opted for the carmaker’s iMT technology.

How important is the Sonet for Kia in India?

In the past 12 months, the Sonet also became the fourth highest-selling SUV in India, contributing almost 17 percent to the segment and 32 percent to Kia India’s overall sales.

In the April-August 2021 period, Kia sold a total of 73,942 units, recording 161 percent year-on-year growth, albeit on a lower-year-ago Covid-impacted base.

Available in a total of 17 variants – Tech Line and GT Line – the Sonet gets two petrol engine options to choose from: a 120hp 1.0-litre turbo-petrol unit, and a 83hp 1.2-litre naturally aspirated petrol unit. The 1.2-litre can only be had with a 5-speed manual gearbox, while the 1.0-litre comes with either a 6-speed iMT or a 7-speed DCT automatic gearbox.

Upcoming Kia SUV, MPV launches in India: 2021 and beyond

Kia launched the Seltos X-Line variant in India earlier this month and also updated the Carnival recently. While Kia does not have any major launches coming up this year, the company will introduce an all-new MPV (Codename: KY) in India sometime early next year.