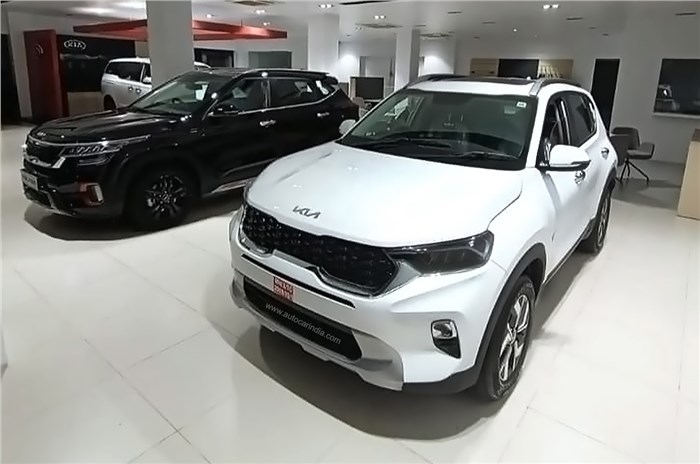 Kia, Mercedes-Benz, BMW and Honda Motorcycles and Scooters India (HMSI) have emerged as the frontrunners in FADA’s (Federation of Automobile Dealers Associations) Dealership Satisfaction Study 2021 in the mass-market and luxury passenger vehicle and two-wheeler segments. The study, which was announced in February 2021, was undertaken by FADA in conjunction with advisory firm PremonAsia, and saw the participation of over 2,000 dealer principles.

Purpose of the study

The survey set out to understand expectations and satisfaction levels of dealers, with respect to the support received from their respective manufacturers. Different aspects of business such as dealership viability, support on sales and aftersales, openness to dealer inputs in decision making and designing long term policies were examined for the study. It covered dealers from all segments of the market, including passenger cars and utility vehicles, luxury passenger vehicles, two-wheelers, and commercial vehicles.

Speaking on the survey, FADA president, Vinkesh Gulati said, “FADA’s Dealer Satisfaction Study 2021 was initiated to examine the health of the relationship between auto dealers and their OEMs. The survey was undertaken to reflect the prevailing issues faced by the auto retail sector at large, thus making it the true voice of the dealers."

The study probed dealer owners and CEOs from across India with the following objectives:

Findings of the study: mass market and luxury passenger vehicles

Dealer satisfaction level in the mass-market passenger vehicle segment mostly remained good with an industry average of 720 on a scale of 1,000. This is a notable improvement over last year’s survey following the lockdown crisis, where the industry average was less than 600.

What made Kia stand out and tick all the right boxes for the dealer fraternity includes offering one of the highest margins in the industry, and delivery time for Kia products being amongst the quickest, which leads to faster turnaround time. Higher percentage of settling of warranty claims in time and timely delivery of vehicles as per the specifications were also Kia's performance highlights.

Commenting on the achievement Mr. Tae-Jin Park, Executive Director and Chief Sales and Business Strategy Officer, Kia India said, “Our dealer partners are our interface with our customers and hence they have a place of high importance in our ecosystem. We have always focused on holistic growth and have taken utmost care of every partner who contributes to the Kia ecosystem we have in the country today. Topping the Dealer Satisfaction Study twice in a row shows our constant pursuit of excellence, our deep engagement with them this year we scored 140 points above our last year’s score of 736. We thank FADA and our partners for recognizing our endeavour, and being a part of Kia India growth journey”

MG Motor and Toyota Kirloskar are co-ranked at second place with identical score in the mass market segment. However, dealers raised their concerns about the carmakers not being receptive to their inputs for keeping viable and long-term policy in mind. On the positive side, they also said that the brands provide adequate training for frontline sales and service staff, thus keeping the end customer satisfied.

Similarly, in the four-wheeler luxury passenger vehicle segment, Mercedes-Benz and BMW were tied at the top spot with identical scores. The study also concluded that training cost-sharing arrangement by the manufacturers was unsatisfactory, and the carmakers’ ability to fulfil vehicle order in correct specifications and quantity, coupled with non-flexibility to choose workshop equipment, were causes of major concern. The study also found that extended warranty policy and customer handling process were at satisfactory levels.

To give you a perspective, as per the Dealer Satisfaction Study of 2020, Kia topped the list in mass-market PV segment even last year, more so in the aftermath of the lockdown crisis. Kia was followed by Toyota in the mass-market PV segment. However, in the luxury PV segment, it was Audi who was leading the charts, but has slipped to third spot this year.

In the two-wheeler segment, the industry average was 626 on a scale of 1,000, which is again an improvement over last year. Honda Motorcycles and Scooters India (HMSI) was able to meet the dealers’ expectations better than others. Honda was closely followed by Hero MotoCorp and TVS Motor in second and third spots, respectively. Interestingly, in 2020, it was Hero MotoCorp who was heading the list, with Honda is second spot.

For the two-wheeler segment, respondents pointed out the biggest concern was that manufacturers were not open to dealer inputs, in terms of improving dealership cost structure from a viability and policy point of view. Similarly, there was no support from the two-wheeler makers on the buyback of dead stocks of parts. On the positive side, the study found that the manufacturers were fair in acceptance and rejection of warranty claims.

While manufacturers continue to make investments in their products and marketing, it is important for them to also understand the dealerships' concerns, which acts as the face of the brand for the consumer. As per the study findings, at the overall industry level, dealers attached high importance of 27 percent on business viability, making it a highly critical aspect where the vehicle brands need to exhibit greater sensitivity, particularly since the current satisfaction level on this factor is weak. This study will give manufacturers an understanding of the state of health of their own dealerships and also benchmark it against the competition.

Rajeev Lochan, founder and CEO, PremonAsia said, “The industry average satisfaction score of 657 indicates that OEMs have a significant headroom to improve in meeting the needs of their channel partners, particularly for the two-wheeler and commercial vehicle segments. Kia Motors’ performance is commendable with segment and industry leading ratings across all the factors. Not only are Kia’s dealers satisfied on most of the hygiene needs, but they are also truly delighted with the product and their business viability.”