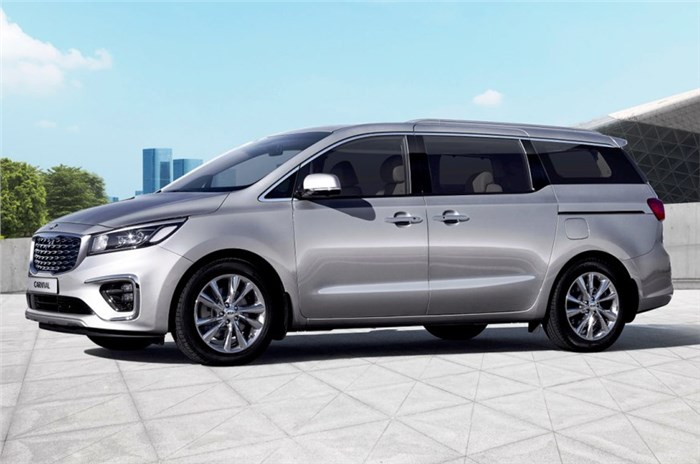 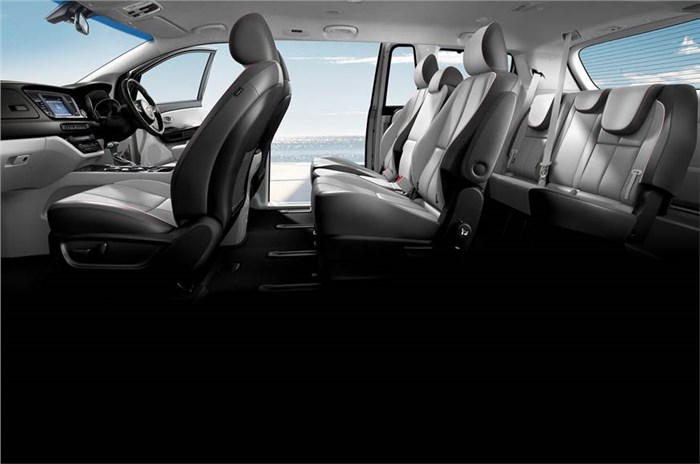 In the run up to the launch of the Kia Carnival, which is scheduled to take place on the first day of the 2020 Auto Expo, we have received new information about the upcoming MPV - the Carnival will be available in a total of five versions at launch.

As we had reported earlier, Kia's MPV will be offered in multiple seating configurations, which should help it achieve a range of price points. The entry-level Premium variants will be available in seven and eight-seat layout, the mid-spec Prestige variant will be on offer with seven- and nine-seat configurations, while the top-spec Limousine will be available in seven-seat only - prices for these may exceed the Rs 30 lakh mark.

It is only the seven-seater that will come with premium features like the Nappa leather upholstery and the rear seat entertainment package that comprises two 10.1-inch screens for the rear passengers. In addition, the top-spec variant will also be equipped with 18-inch alloys, a dual-pane sunroof,  powered tailgate, keyless entry and go, wireless charging, a power-adjustable and ventilated driver’s seat and three-zone climate control. Not to mention an 8.0-inch touchscreen infotainment system with Kia's in-car connectivity tech.

We've been reporting on the Carnival for a while now. Bookings for the MPV, which is powered by a 200hp, 2.2-litre diesel engine, have begun unofficially at select Kia dealers and it seems like the Korean brand is positioning the Carnival to be slightly above the Toyota Innova Crysta on every parameter, including price. 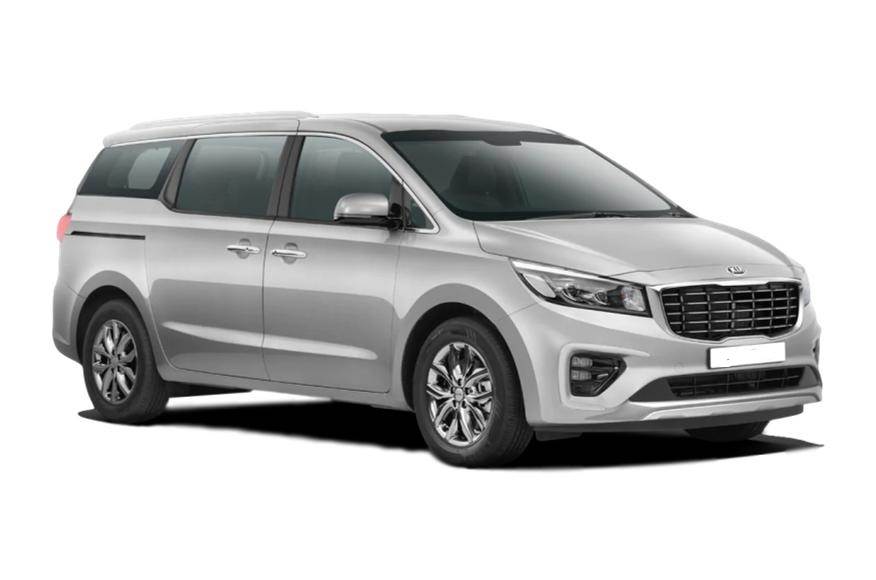