With the Hector’s launch just around the corner, MG has revealed the SUV’s design in fresh images; to be available in petrol, diesel and mild-hybrid forms. 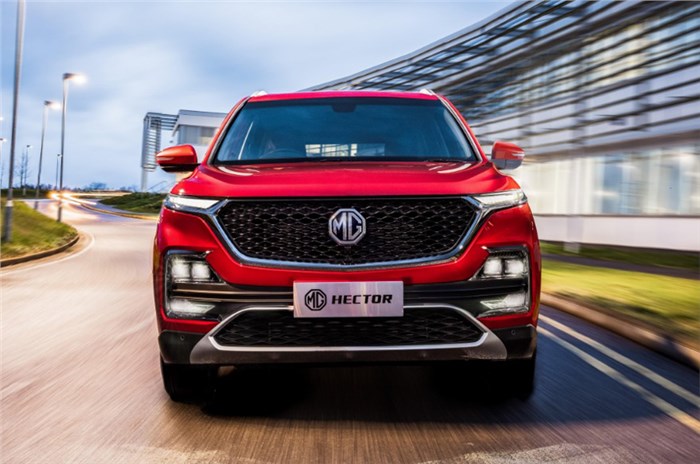 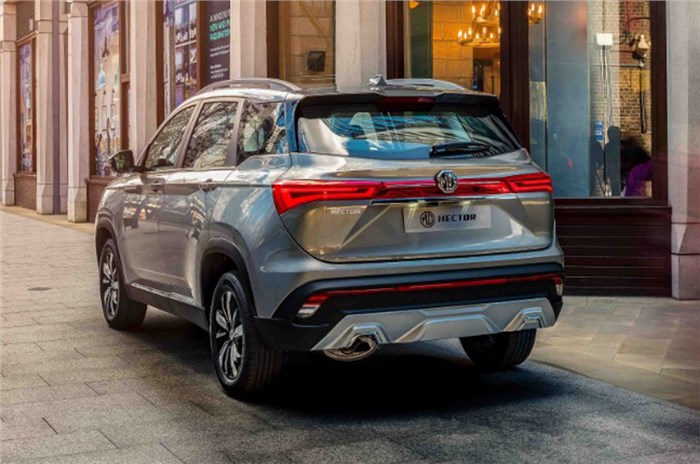 At today’s DriveIn event, plenty was revealed about the MG Hector’s connectivity features, but there was no sign of the SUV at the press conference. MG, however, had a surprise in store. Towards the end of the event, official images of the MG Hector were revealed, revealing more of the design the world is fairly familiar with.

A few months ago we told you the MG Hector would share its underpinnings and body panels with the Baojun 530 SUV, and as you can tell from these pictures, it’s almost identical to its Chinese twin on the outside. The Hector gets LED headlights mounted low on the front bumper, with slim LED daytime running lights on top, flanking the chrome-encased mesh grille that wears a big 'MG' badge. Completing the look are front and rear faux skid plates, diamond-cut alloy wheels, a split roof spoiler and a light bar that connects the tail-lamps. All in, the Hector has an imposing front end but an oversized rear overhang and wheels that look a tad too small.

The MG Hector’s engine options will include a 1.5-litre, 143hp turbo-petrol, and a 2.0-litre, FCA-sourced diesel. While a six-speed manual will be available with both engines, the turbo-petrol will also get the option of a six-speed, dual-clutch automatic gearbox. Also on offer will be a 48-volt mild-hybrid variant that is said to be 12 percent more fuel efficient than the petrol variant.

Expected to be part of the MG Hector’s features list are a 360-degree camera, a Harman Infinity audio system, a six-way power adjustable driver’s seat, push-button start, keyless entry, cruise control and a tyre pressure monitoring system, among others. And as revealed earlier today, the Hector’s connectivity feature suite will include AI-powered Voice Assist, pre-loaded apps and the ability to receive over-the-air updates.

It has now been officially confirmed that MG will launch the Hector by June 2019, and when it does go on sale, the Hector’s price is expected to be in the Rs 15-20 lakh range (ex-showroom), which will see it go up against the likes of the Tata Harrier and Jeep Compass.

What do you think of the MG Hector’s looks? Let us know in the comments.