Volkswagen T-Cross SUV for India will be longer and will share underpinnings with the upcoming Virtus sedan. 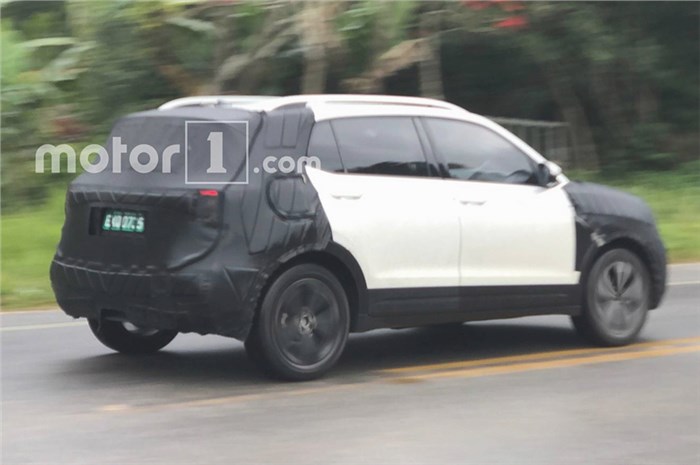 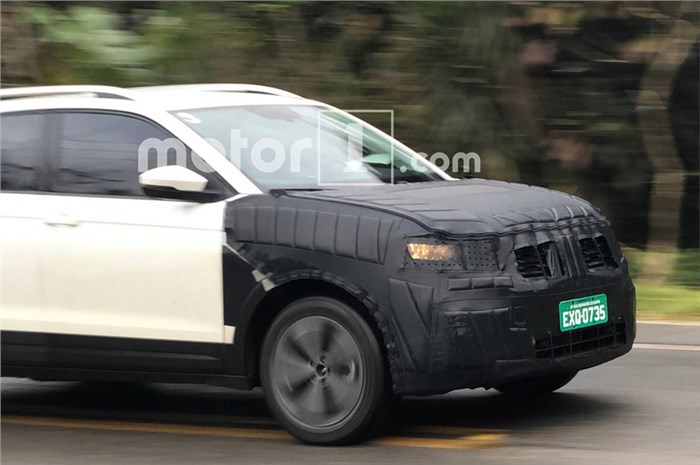 Volkswagen has been testing the T-Cross SUV for some time now, and even invited select motoring journalists to drive a working test mule. What sets these latest spy pics apart is that they are of a larger T-Cross being developed for markets in South America, a derivative of which will come to India.

The pictured vehicle, reportedly being tested in Brazil, retains the overall shape of the European model, but is slightly longer with clearly longer passenger doors. Also, the roofline does not taper as much at the back like the European-spec T-Cross, giving this SUV a bit more of an upright stance and liberating more cargo room at the back. This version of the T-Cross SUV will be sold in emerging markets where second-row space and cargo volume are key considerations for buyers.

The Volkswagen T-Cross seen here gets an extended wheelbase of around 2.65m as compared to 2.56m on the Euro-spec T-Cross. The model shares underpinnings with the Volkswagen Virtus sedan which sits on a modified variation of the MQB A0 architecture meant for emerging markets. The longer wheelbase would translate into better cabin space and more cargo room – which, according to sources could be as high as 380 litres. The T-Cross will also come with adjustable rear seats which can be moved forwards or backwards, thus liberating more cargo or legroom as required. The Volkswagen T-Cross SUV for emerging markets will see a world premiere at the upcoming Sao Paulo Motor show in November 2018.

Closer to home, as part of the VW Group's India 2.0 plan, the T-Cross SUV will come to our market as well sometime in 2020. Skoda will be the first brand to launch its own derivative of the T-Cross in India. This new SUV will sit on the unique made-for-India MQB A0 IN platform which is essentially a slightly tweaked version of the MQB A0 architecture for emerging markets.

The new Skoda SUV, as reported by us earlier, will share multiple body panels with the T-Cross but will have its own identity as it will take some styling cues from the Skoda Vision X SUV concept shown earlier.

The Volkswagen T-Cross for India and new Skoda SUV will be built at the Chakan facility which is being retooled currently for manufacturing cars and SUVs based on the MQB A0 IN architecture. Both SUVs will be powered a 1.0-litre three-cylinder turbo-petrol engine good for around 115hp. Volkswagen will be localising this motor for the Indian market in order to keep costs in check. Gearbox options would most likely include a six-speed manual and a seven-speed DSG automatic.

On the inside, expect the new Skoda SUV and the Volkswagen T-Cross to borrow parts from the latest-gen Polo and the Virtus sedans. Higher-spec trims will come loaded with a competitive feature list that includes an 8.0-inch infotainment system. There are also talks of the digital speedometer display from the Virtus sedan making its way in the India-spec SUV.

These new SUVs from VW and Skoda will measure around 4.19m length and will take on the likes of the Hyundai Creta, Renault Captur, the upcoming Tata Harrier and the Nissan Kicks when they hit our market from 2020.