Volkswagen Group's advanced 999cc, three-cylinder turbo petrol will power the next generation of cars and SUVs from Skoda and VW. 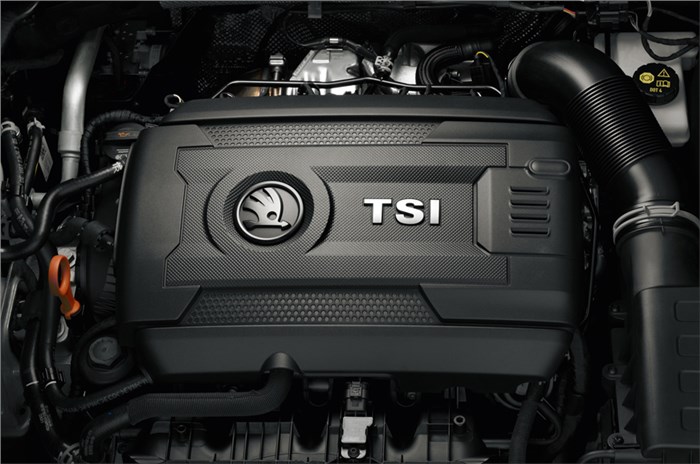 The Volkswagen Group's sophisticated 1.0-litre, three-cylinder turbocharged petrol will be localised as part of Skoda's plans to develop India-specific models with a high level of local content, according to Skoda CEO Bernhard Maier. With an eye on doubling the market share for both itself and VW, the Czech carmaker aims to break into the Indian market with a renewed focus after it was recently tasked with assuming the lead role for the VW Group's operations in India.

"Our 1.0 TSI petrol is a very cost-efficient engine and we are going to build it in India in the future," Maier told Autocar India in a recent interview after the announcement of the 'India 2.0' project.

The three-cylinder turbo-petrol belongs to the EA 211 family and is available in two states of tune – 94hp and 115hp. The direct-injection unit is more compact, lighter and generates less friction, thus operating more efficiently. The engine powers a range of VW Group's cars such as the new Polo, Skoda Fabia and Karoq, and will replace the current 1.6 MPI and the 1.2 TSI motors.

Also, VW’s original plan to localise the 1.5-litre EA189 diesel has been scrapped. The engine, which was at the centre of the diesel emission scandal, will be phased out once India adopts the BS-VI emission norms in April 2020.

The carmaker does have a larger 2.0-litre diesel, but the unit would be unviable in a small car. As a result, the small cars from both VW and Skoda brands will have only a petrol engine.

Maier says the larger diesel will continue to play a significant role in the group's larger models. "Diesel will play a decisive role in the future but more for bigger cars such as the Octavia, Superb or Kodiaq," he said, adding that making the 1.5 diesel compliant for small cars in India will be expensive and price the models out of contention. "Although diesel is a very good alternative, the after-treatment will become expensive and will not serve for smaller cars in the future in India. But we have very competitive petrol engines," Maier said.

Under the ‘India 2.0’ project, the company is targeting a localisation level of over 90 percent with the India-specific MQB A0-IN platform that will spawn models for both Skoda and VW. Work is already underway on the first model based on the new platform for India, which will be a mid-sized Creta rival that is expected to roll out in 2020.

India-bound Volkswagen T-Cross: What to expect