We have put together all the details on Hyundai’s upcoming micro-SUV. 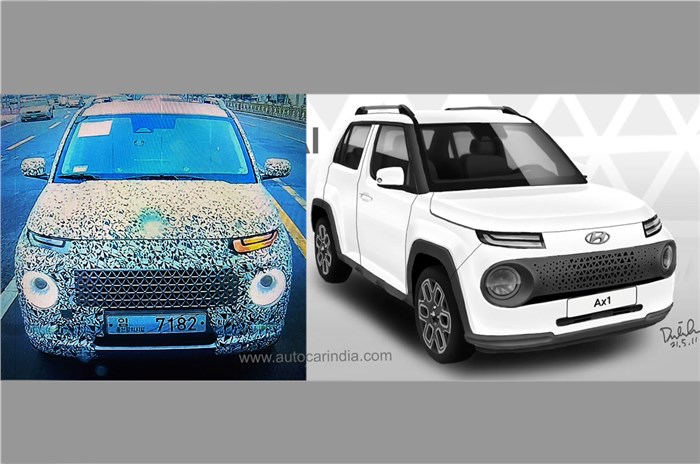 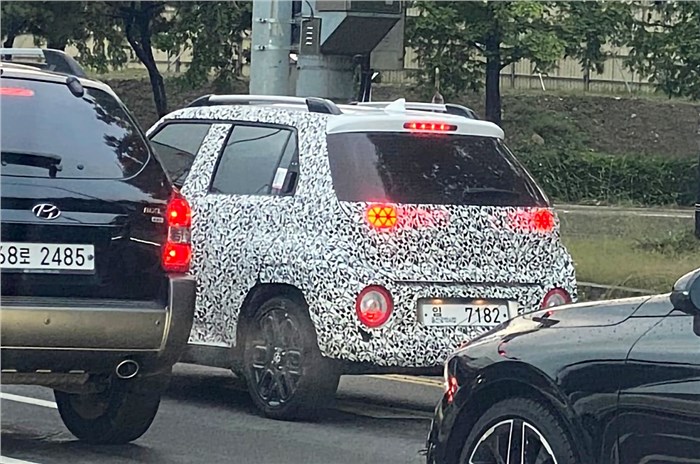 With Hyundai expected to launch this micro-SUV in India in the future, we have compiled all the details we have on it, so far.

1. It will be smaller than the Venue

While its dimensions have not been officially revealed, the AX1 is expected to measure around 3.7-3.8m in length. This would make it considerably shorter than the Venue compact-SUV, which measures just under 4m in length. Hyundai will also position the AX1 below the Venue in its model range. Interestingly, the AX1 is also expected to be based on Hyundai’s K1 platform, which is the same platform used by the Santro and Grand i10 Nios in India.

2. It will have a quirky styling aimed at the youth

From the spy pictures and teaser images, it is quite clear that the AX1 micro-SUV will have quite a quirky exterior. Some of the unique design characteristics seen on the test mules include an upright and boxy body shell with rounded-off edges, a large glasshouse, a flat bonnet and a split-headlight design. The teasers further reveal that the headlamp will comprise of a circular projector unit, with an LED DRL ring set in the lower part of the bumper. The upper light cluster will likely house the turn indicators, much like they do in the Venue. The teaser for the tail-lights shows that it will have a triangular pattern – likely created by LED modules. The AX1’s rear is also expected to feature a split-light clusters, with secondary units positioned lower – on the bumper – housing the reverse light and indicators.

Keeping in mind Hyundai’s recent track record, the AX1 micro-SUV is expected to come with plenty of features, many of which will likely overlap with the Grand i10 Nios. On the higher trims, the AX1 could come with features like an 8.0-inch touchscreen with Android Auto and Apple CarPlay, a rear-view camera, keyless entry and go, wireless charging, a cooled glovebox, power-folding mirrors and much more.

4. It is expected to come with only petrol engines

Under the hood, Hyundai is expected to equip the India-spec AX1 with the same 1.2-litre, four-cylinder naturally aspirated engine as in the Grand i10 Nios (where it produces 83hp and 114Nm). The Korean carmaker could also offer lower variants of the micro-SUV with the Santro’s 1.1-litre, three-cylinder petrol engine, in order to keep its costs down.

The AX1 for the international market is additionally expected to receive the 1.0-litre, three-cylinder turbo-petrol engine that is also offered in the Nios and Venue in India. However, at this point, the model for our market isn’t expected to get this engine option.

5. It will rival other micro-SUVs and some hatchbacks

In terms of rivals, the Hyundai AX1’s most direct competitor in our market will be the upcoming Tata HBX micro-SUV. However, it will also compete with some of the other high-riding hatchbacks like the Maruti Suzuki Ignis and the Mahindra KUV100.