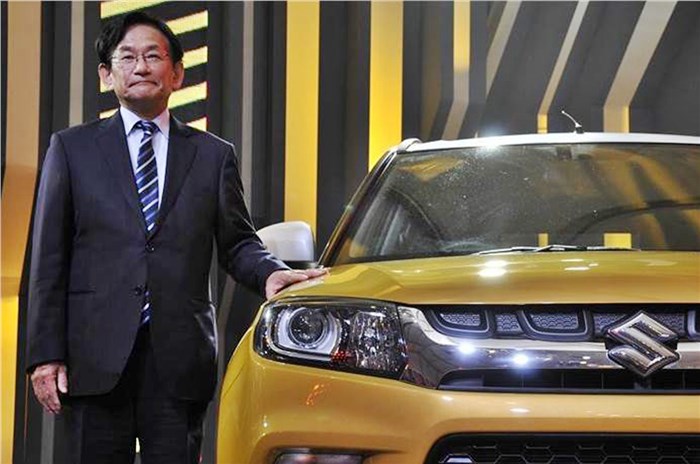 As Kenichi Ayukawa hands over the baton to Hisashi Takeuchi, ending an eventful nine-year stint at the helm of Maruti, he will be remembered for overseeing and guiding the company through several path-breaking initiatives aimed at strengthening the brand as well as helping maintain its market share in India.

His role in steering Maruti and leading the company from the front through the Covid crisis, staying put in India and putting Maruti back on track after the lockdown, and supporting suppliers and dealers through inventory management is another important part of his India legacy. Ayukawa did this by spelling out a clear strategy and outlining the approach that India’s largest automaker – with over 50 percent passenger vehicle market share – needed to adopt. He also received the support of headquarters in Japan with SMC chairman Osamu Suzuki reaching out to Maruti’s supplier community to solicit their support and urging them to have ready a “contingency plan for production recovery and inventory increase in preparation for the second wave of Covid-19 pandemic.”

As Ayukawa described the pandemic, “This crisis may lead to the emergence of new opportunities, skillsets and technological solutions, and we have to be quick in adapting to the requirements of the changed world. I firmly believe in ‘survival of the fittest’.”

He also said that the Covid crisis had “taught us that the business environment has become far more dynamic and interconnected and far less predictable than before. At a time when the automobile industry is witnessing a once-in-a-century transformation across the world, events like Covid-19 further increase the complexity of business.”

Ayukawa’s term coincided with some key events both at Maruti and the larger Indian automotive ecosystem. When he took over in 2013, Maruti was grappling with a major labour crisis. In the months before his innings began, the Manesar plant was disrupted by mob violence, which took the life of a senior HR manager. A month-long lockout ensued. It is to his credit that Ayukawa took timely measures to get the situation under control even as the company tried to get to the bottom of how the unrest began.

On the business side, Ayukawa also oversaw the implementation of several sales and marketing initiatives which included the setting up of the Nexa range to handle the company’s premium brands as well as Arena to handle Maruti’s other vehicles portfolio. During his stint, Maruti also made key strides in catering to the rural markets with sales hitting the 50-lakh mark, accounting for 40 percent of the company’s aggregate sales. He was also closely attuned to the needs of the dealers and ensured that they were able to run a profitable business.

From a larger automotive perspective, Ayukawa steered his ship through the transition to BS6, the decision to ditch diesel and also the efforts to bring out a range of cars equipped with Maruti’s proprietary S-CNG technology. Today, the company has nine models with CNG variants and has indicated its intention to equip its Nexa range with a CNG option as buyers grappling with skyrocketing fuel prices want an affordable and clean alternative.

During his stint, Ayukawa also saw the alliance being stitched between Maruti and another Japanese player Toyota under which a slew of models, including the Baleno and Vitara Brezza, have been badge-engineered as Toyota offerings. Another of his contributions at the helm of Maruti were initiatives on sustainability. Under his watch, the company was able to reduce carbon emissions of its fleet by 20 percent.

Ayukawa also played a key part in the Indian auto sector and had one of the more influential platforms when in September 2020, he succeeded Rajan Wadhera as the president of SIAM, becoming the first expatriate to hold the position. At a personal level, he was friendly and affable but tough as well.

As he leaves the MD and CEO’s office, he will take over as the whole-time director designated as executive vice chairman till September 30, 2022. It can be argued that Hisashi Takeuchi, a Suzuki veteran, has the big boots of his predecessor to fill.