Maruti Suzuki’s decision to phase out all its diesel models by April 2020 has left car buyers with plenty of doubts on their mind. We clear them all by answering your queries. 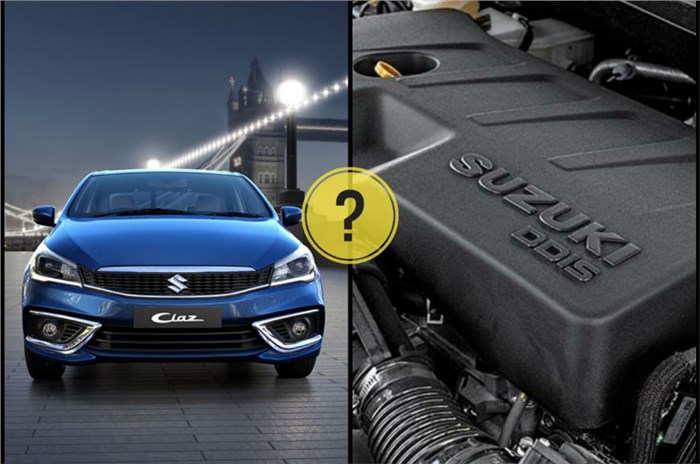 When news of Maruti Suzuki’s decision to phase out all its diesel models by April 2020 broke on April 25, it was initially met with a sense of disbelief. Why, asked many, would India’s largest carmaker step out of an arena (pun unintended) that is so important in our market, and ditch diesel engines entirely? After all, in FY2018-19, all diesel variants of Maruti Suzuki’s model range contributed close to 25 percent of the company's total sales, and to discontinue them would mean missing out on lakhs of customers. What this announcement did, was leave a number of doubts lingering in the minds of potential buyers and existing owners of Maruti Suzuki diesel cars, and the purpose of this piece is to clear all those doubts. But, we must begin with the basics…

Why is Maruti Suzuki phasing out its diesel models?

The answer to this one is simple. With the more stringent BS-VI emission norms set to come into effect from April 1, 2020, car manufacturers are faced with a difficult choice – upgrade an existing engine, invest in an all-new engine or discontinue diesels entirely. Choosing to upgrade or making a fresh investment entails high costs, because India is making a big jump – from BS-IV to BS-VI norms, and a leap this vast (in terms of both technology and emissions reduction) necessitates serious engineering changes. These changes will come at a cost, which will have to ultimately be passed on to the buyers. Maruti Suzuki doesn’t see the business case for either of those, and has decided to phase out all its diesel models before BS-VI norms are implemented.

Is Maruti Suzuki discontinuing only the 1.3-litre DDiS200 diesel engine, or the new 1.5-litre diesel as well?

Unlike what some online reports suggest, Maruti Suzuki will discontinue all its diesel models by April 1, 2020 – and that includes the 1.3-litre, as well as the recently-introduced 1.5-litre diesel engine. Come April 1, 2020, Maruti Suzuki’s entire range will be petrol-only. The 1.3-litre, Fiat-sourced DDiS200 diesel that powers most of Maruti Suzuki’s smaller models has been around for what feels like an eternity, and it will not be upgraded to meet the tougher emission norms. The 1.5-litre diesel – only BS-IV-compliant at present – can be upgraded to meet the more stringent BS-VI norms, but the hefty cost of upgrading will have to be passed on to the buyers, which is why Maruti Suzuki is still undecided on the future of diesel cars. Speaking to Autocar India at the end of 2018, CV Raman, senior executive director (Engineering) had said, “A BS-VI diesel is going to be at least Rs 2-2.5 lakh more expensive than a BS-VI petrol. Moreover, the sentiment is not very good on diesel.  Now, whether the customer will make that switchover is uncertain.” With uncertainty surrounding demand for diesels in the BS-VI era, Maruti Suzuki has seen fit to part ways with diesel cars altogether – at least for the time being.

Why did Maruti Suzuki introduce the new 1.5-litre diesel engine if it had to be discontinued in less than a year's time anyway?

Maruti Suzuki’s 1.5-litre DDiS225 diesel engine has been in development for a long time. It was way back in June 2015 that the company introduced a 793cc, two-cylinder DDiS125 diesel in the Celerio, which would eventually form the basis for a bigger, four-cylinder engine in the future. With over Rs 1,000 crore already invested in the development of this engine, Maruti Suzuki introduced it as soon as it was ready, regardless of the fact that there’s less than a year to go for the implementation of BS-VI emission norms. Maruti Suzuki is still assessing the 10-year lifecycle costs of the 1.5-litre diesel engine, and complicating matters are two hurdles that’ll drive the 1.5 diesel’s costs further up – meeting the upcoming BS-VI norms, and the super-stringent Real Driving Emissions (RDE) regulation that is expected to come into effect by 2023.

The DDiS225 that debuted in the Maruti Suzuki Ciaz was recently introduced on the Maruti Suzuki Ertiga and will likely also be offered with the S-Cross, soon. The company would rather sell as many cars equipped with the 1.5-litre diesel engine as possible till April 2020, to recover a part of the investment, than to not introduce it at all. Besides, the company will continue to sell diesel vehicles in foreign markets that have emission norms that are BS-IV equivalent or lower, even after it discontinues them in India.

Which Maruti Suzuki cars will definitely not have a diesel engine going forward?

What you must know is that starting April 1, 2020, the entire Maruti Suzuki model range will be petrol-only – at least for the foreseeable future. Even if Maruti Suzuki does bring the 1.5-litre diesel back at a certain point in the future, its smaller models – the Swift, Dzire and Baleno – are likely to continue without a diesel option. Maruti Suzuki is likely to reserve the 1.5-litre diesel for higher segments where customers wanting a bigger vehicle will be willing to shell out a substantially higher amount of money for a diesel model. The Ertiga, Ciaz, S-Cross and the new midsize SUV Maruti Suzuki is developing could be the recipients of the BS-VI-compliant 1.5 diesel – if Maruti decides to bring it back at all.

Is it safe to buy a Maruti diesel car now?

This is a question we’ve faced from several potential buyers left confounded by Maruti Suzuki’s announcement. Regardless of the company’s decision, its diesel cars will be on sale till some time before the BS-VI norms come into effect, and will continue to offer the same benefits diesel car buyers seek as before. That said, this announcement could cause some issues, as we shall address in the following questions.

Will aftersales be a problem for Maruti diesel cars?

Another valid concern on the minds of prospective customers is the aftersales support for Maruti’s diesel cars. Availability of spares for Maruti’s diesel cars shouldn't be an issue for the foreseeable future, but as with all model discontinuations, it could be a problem towards the end of their life cycles. It’s worth remembering that Maruti Suzuki’s service network is solid and unmatched for scale, and that itself should ensure the minimisation of any aftersales-related issues.

Will the resale value of Maruti diesel cars be affected?

This is a tricky question, because the resale value of Maruti’s diesel cars can go either way. When a car is discontinued, its resale value drops like a stone, and yes, the April 25 announcement will impact the resale prices of Maruti Suzuki’s diesel cars as well. However, think of it another way – there will be no Maruti Suzuki diesel cars on sale next year, and someone seeking a diesel vehicle with the fuel efficiency and reliability of a Maruti will still be willing to pay a good price for a pre-owned vehicle. Unless the government proposes a rule to ban all diesel cars by a certain date (which, going by past records, is highly unlikely), pre-owned Maruti diesel cars should retain their current resale value at least for a few more years.

Do existing owners of Maruti diesel cars have a reason to be concerned?

Existing Maruti Suzuki diesel car owners shouldn’t be worried as the company’s service network has proved itself over the years. That said, they should keep an eye out for any impending dip in resale values.

If I still want to buy a Maruti diesel car, should I do it now or wait until the start of 2020?

This is a gamble that could pay off handsomely. As the BS-VI deadline of April 1, 2020, nears, Maruti Suzuki dealers will be desperate to quickly sell off any existing diesel vehicle stock they may have at the time, and could hand out healthy discounts to do the same. However, this announcement could also push those who were postponing their purchase to go through with their decision and buy a Maruti diesel car right now. Maruti Suzuki will halt production of its diesel models a fair bit before the BS-VI norms come into effect, and you won’t be able to buy one once existing stock is cleared. So, leaving the buying for later in the pursuit of a bigger discount could be risky, too.

Will other carmakers also follow Maruti Suzuki and phase out their diesel models?

It’s not just India – diesel cars are steadily falling out of favour globally, too. Toyota is discontinuing diesel cars in Europe, and Porsche and Volvo have said their future models won’t get a diesel engine. As for India, Tata Motors is another carmaker that has announced it will discontinue the 1.05-litre diesel engine in the Tiago and Tigor, and is likely to offer diesel engines only in bigger, more expensive offerings such as the Altroz, Nexon and Harrier. Ford, on the other hand, has said it will be ready with BS-VI-compliant diesel engines by April 2020. It’ll be interesting to see how Maruti Suzuki’s rivals respond to the cost challenge introduced by BS-VI diesels and act to capitalise on Maruti Suzuki’s absence from the diesel car market.