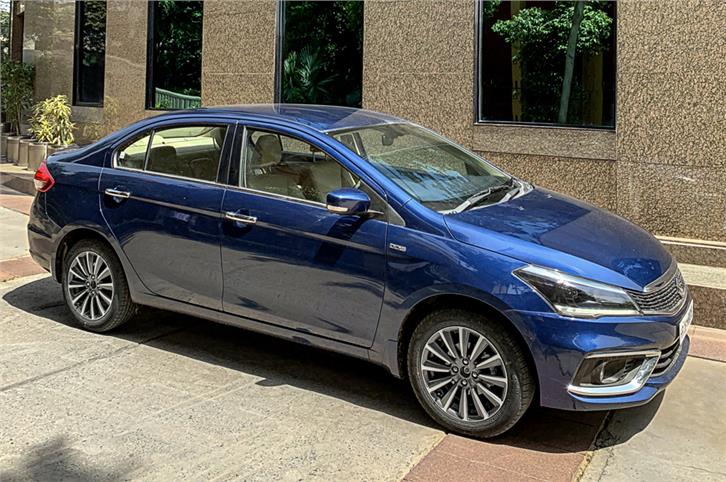 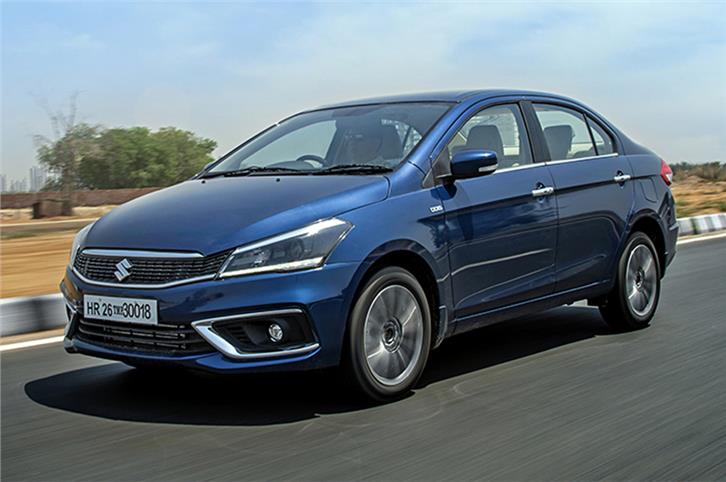 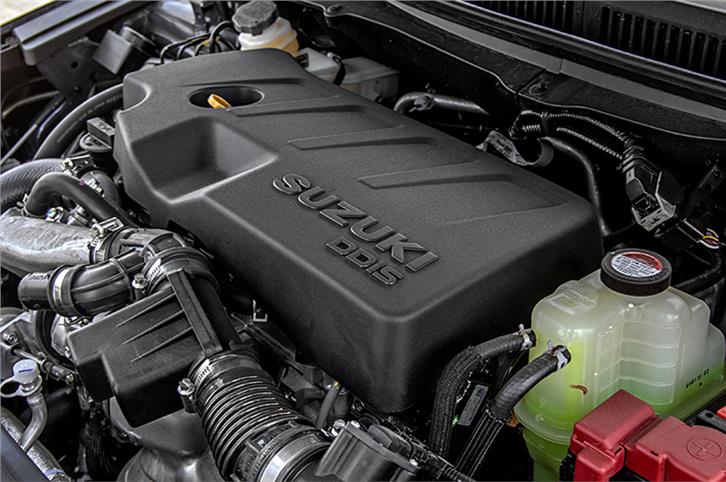 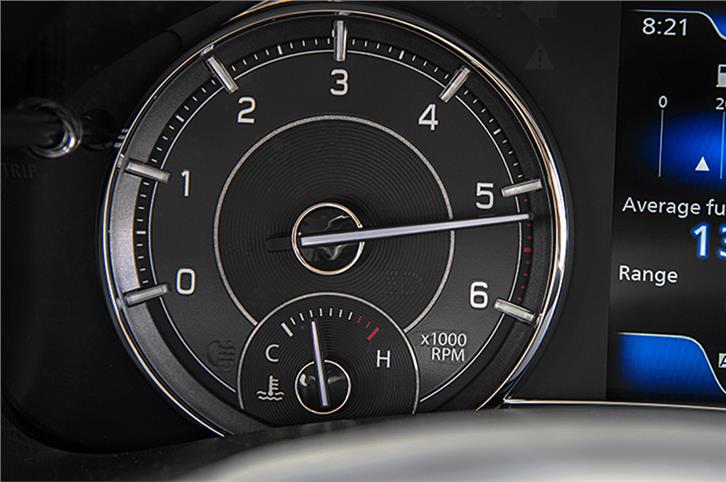 On first impression, the Ciaz with Maruti Suzuki's new 1.5-litre diesel engine is very promising. Our review has the details.

Just when many automakers are giving up on diesel, Maruti Suzuki has bucked the trend and launched an all-new, in-house-developed 1.5 diesel motor under the bonnet of the Ciaz. Now, why on God’s not-so-green earth would India’s leading auto company risk investing in diesel powertrains, at a time when the future for them looks bleak? Next year’s stringent BS-VI emission regulations threaten to kill small-capacity diesel engines, including the trusty Fiat-sourced 1.3 Multijet diesel that has powered millions of Marutis for over a decade.

However, for the market leader to not have a diesel model in its portfolio is a greater risk. Diesel cars account for around 30 percent of all Maruti Suzuki sales, and even if that figure is set to fall post April 2020, due to costly BS-VI hardware that will push diesel car prices sharply north, there will still be substantial demand for them, especially diesel SUVs. But, for how long? Maruti Suzuki doesn’t yet have the answer to that troubling question, but it is taking no chances – even if it meant coming really late to the diesel party. 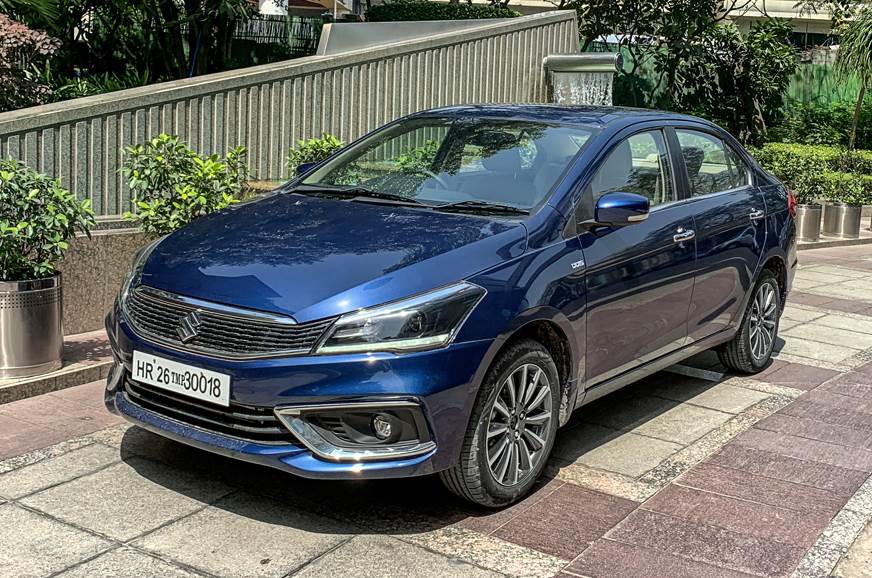 No doubt, Maruti’s timing could have been better. This engine has been a long time coming and there were even rumours of it being shelved altogether, due to an uncertain future for diesels and high development costs (to meet BS-VI regulations) that threatened its viability. But, as mentioned earlier, the prospect of having no diesel model at all, after the discontinuation of the ubiquitous Fiat 1.3 diesel, was giving Maruti Suzuki sleepless nights.

Suzuki’s survival depends on the high stakes Indian market where it cannot afford to leave any of its core segments vacant. This is why the Japanese automaker, despite no in-house diesel expertise at all, took the plunge for the first time, in its 80-plus years of history, to develop a diesel engine family completely on its own.

It was a steep learning curve that had several challenges along the way, especially in achieving the desired levels of refinement. This delayed the launch of the engine by over a year, but it’s finally here. So, is it worth the wait? Or is it too little too late? 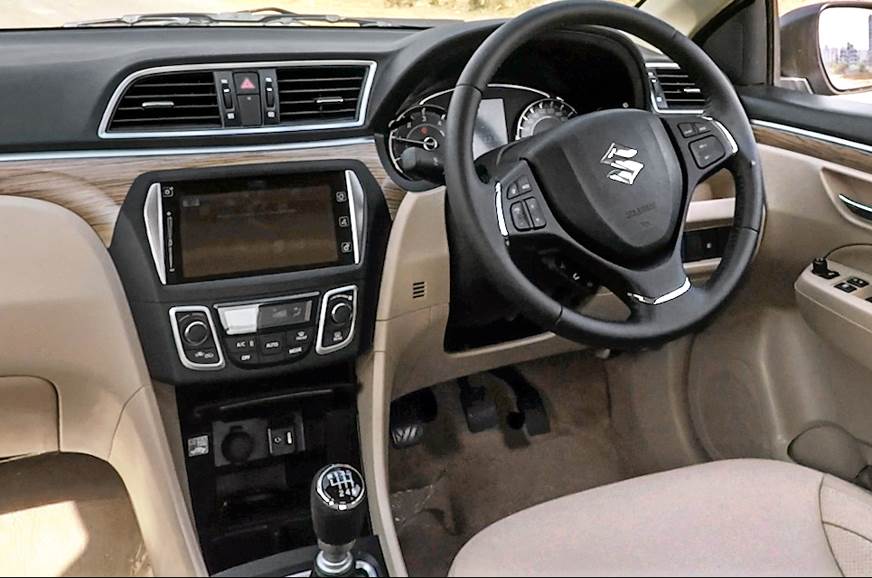 What is the new 1.5-litre diesel engine about?

The starting point for the E15A, in-line, four-cylinder diesel engine wasn’t exactly a clean sheet of paper, but the Celerio’s E08A 793cc two-cylinder diesel, with which it shares a similar architecture, was a good place to begin. This new engine has the same 77.0mm bore and is essentially two Celerio diesels joined together but scaled down to 1,498cc (by reducing the stroke from 85.1mm to 80.4mm) to avail of the lower tax benefits offered to diesel cars with an engine cubic capacity under 1,500cc.

The E15A also gets an aluminium cylinder block with cast-iron sleeves and is, hence, much lighter than the 1.3 Multijet’s cast-iron block.

More importantly, this new DDiS 225 engine benefits from the hard lessons Suzuki learned whilst developing the Celerio’s underwhelming two-cylinder unit, which was also the company’s first independent shot at a diesel engine.

Maruti says this engine is practically all-new, with a stiffer engine block, a redesigned combustion chamber, revised valve gear, new intake and exhaust manifolds and even a dual-mass flywheel.

Still, I must admit, I was pretty sceptical about Suzuki’s latest diesel effort, given the company’s track record first time round. The Celerio diesel flopped because it was noisy, underpowered and anything but a joy to drive. 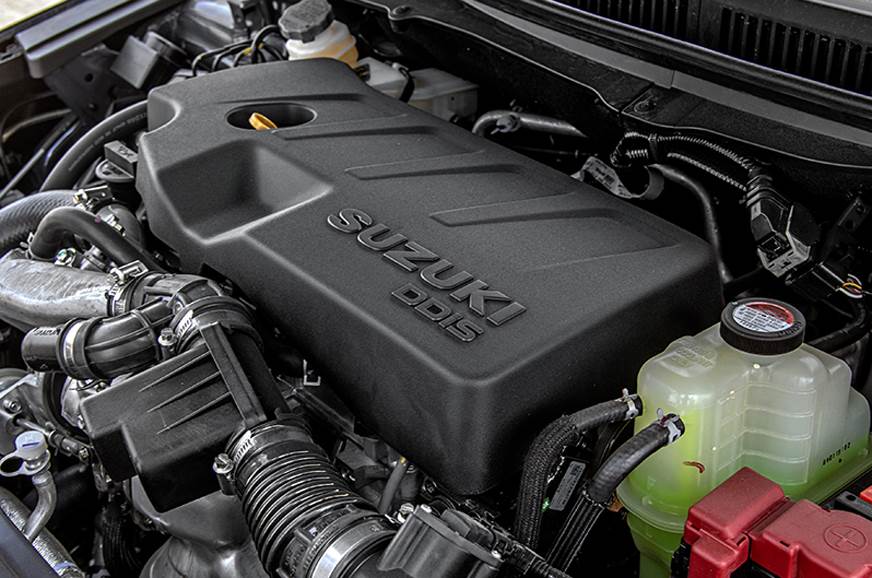 But the moment I fired up the 1.5 diesel, any misgivings I had quickly disappeared. In fact, I was utterly blown away with how refined this motor is; it’s partly because my expectations were set low and also because there is no doubt that this all-new Suzuki diesel is right up there with the best in class, when it comes to NVH. It’s impressively quiet at idle, and when you rev it hard, you do know it’s a diesel, but noise levels increase in a subdued sort of way. There’s none of that annoying diesel clatter of the 1.3 Multijet or the gruffness of the VW 1.5 diesels, and, quite honestly, I would rate this engine on par with the Verna’s 1.6 diesel, when it comes to refinement. In fact, when you’re cruising, the engine sound is so low that it’s drowned out by road noise, which ironically exposes the Ciaz’s lack of underbody insulation.

So, this time round, how did Suzuki manage to develop such a remarkably refined engine, something which even Honda couldn’t do? Apart from the usual measures that involve lots of sound-deadening material, optimised engine mounts and intake manifolds, Suzuki had two tricks up its sleeve. Firstly, as mentioned earlier, this motor gets a dual-mass flywheel, which is a very effective (but costly) way to dampen engine vibrations. Yes, a dual-mass flywheel is expensive, and it took a long time to integrate it between the engine and gearbox (the main reason for the delay), but it’s clearly been worth the effort and money.

Lowering the compression ratio leads to smoother and progressive combustion, which has a positive impact on noise levels. Another benefit is that combustion temperatures are lower, resulting in lower NOx levels. This leads me to the engine’s emission control systems, which currently meets BS-IV standards but could be upgraded to BS-VI norms once the fuel is ready.

What is the new Ciaz 1.5 diesel like to drive?

On paper, this fixed geometry turbo engine is the least powerful 1.5 diesel in its segment, developing a rather modest 95hp. However, it makes up with a healthy torque output of 225Nm – not quite the class-best figure but, given the fact that, at 1,125kg, the new diesel Ciaz is the lightest car in its segment (a good 20kg lighter than even its Fiat-powered predecessor), it's good enough to give this sedan sufficient oomph. 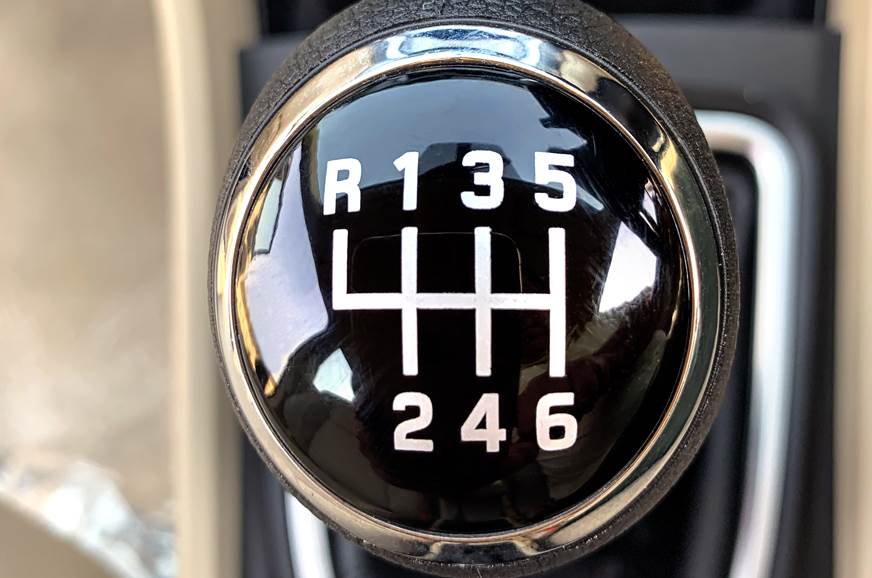 First impressions are that performance is more than adequate and power delivery is far more progressive than the peaky 1.3 Multijet. In fact, you do miss the punchy mid-range, which is more linear in the new engine. The shocker is the strong top end and how free-revving this engine is, just like the Multijet. When most other 1.5 diesels are running out of breath around 4,000rpm, the Suzuki DDiS 225 diesel gets a second wind and comfortably sails past 5,000rpm. It can rev on to a very un-diesel-like 5,200rpm, though power tails off rapidly at this point. What’s genuinely impressive is the smoothness throughout the rev range.

Sadly, the E15A’s enthusiastic top end isn’t complemented by a strong bottom end. Though turbo lag isn’t as pronounced as in the Multijet-powered Ciaz, the new engine feels quite sluggish at low revs. It’s all but dead below 1,500rpm and you need to cross 2,000rpm for the engine to start waking up. A big reason for the rather tepid low-end grunt is the relatively high gearing. The ratios of the 6-speed gearbox are too spread out, and the gap between the second and third gear ratios is particularly wide. As a result, third gear is extremely tall and that blunts pulling power. Shorter overall gearing would have made the Ciaz more responsive at low speeds, but it may have come at the cost of fuel efficiency, something Maruti would be loath to sacrifice. The 1.5 diesel has the best-in-class fuel-efficiency figure (under standard conditions) of 26.82kpl, and remarkably, this is without the Smart Hybrid tech the 1.3 uses.

One small thing I did notice is that the engine has mild flat spots in its power delivery, somewhere low down in the rev range, which suggests that engine calibration for this brand-new powertrain is still a work in progress.

The 6-speed gearbox comes from the Suzuki parts bin but is all-new for India, making its debut on the Ciaz. There’s no doubt that future Maruti models using the 1.5 DDiS 225 diesel will also get this transmission. It’s slick to use, fairly accurate to slot and is complemented by a clutch that is light and progressive. Like with the engine, Maruti is no longer dependent on Fiat for the gearbox either, which will now be manufactured in-house. 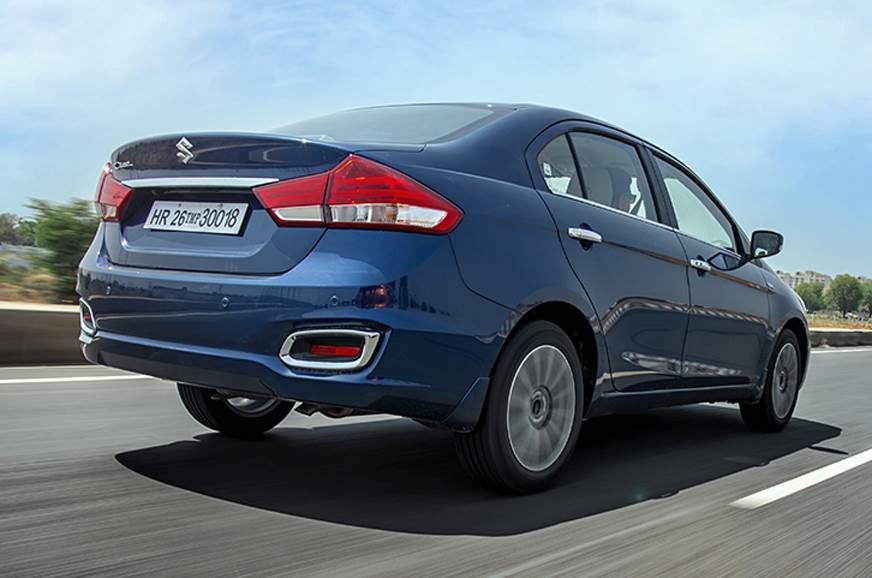 Apart from the new engine, there are no changes to the Ciaz, which means you get the same spacious and airy cabin, a decently long equipment list and a plush ride. The steering has no feel to speak off, especially around the straight-ahead position and reminds you that the Ciaz is not a car for enthusiasts. But then few diesels are.

Maruti has pulled a rabbit out of the hat with the new 1.5 diesel Ciaz, and it has turned out to be far better than expected, considering Suzuki’s lack of experience with diesel technology. Priced at Rs 9.97 lakh (ex-showroom, Delhi) for the starting Delta variant, the 1.5 diesel is just Rs 17,000 more than the 1.3 Multijet variant, which eventually will be phased out.

The new engine is remarkably refined, has sufficient punch and lives up to Maruti’s tradition of offering the best-in-class fuel efficiency. The 1.5 diesel Ciaz feels more polished and takes the fight to its arch-rival’s doorstep – the Honda City.

More importantly, the new 1.5 diesel comes at a time when several rival mid-size sedans won’t have a diesel option next year. Maybe Maruti’s timing wasn’t so bad after all.