Fancy a Defender convertible? This Dutch coachbuilder will do it for you

Heritage Customs will build five examples this year. Modifications – other than the roof – will be limited to alloys, interiors. 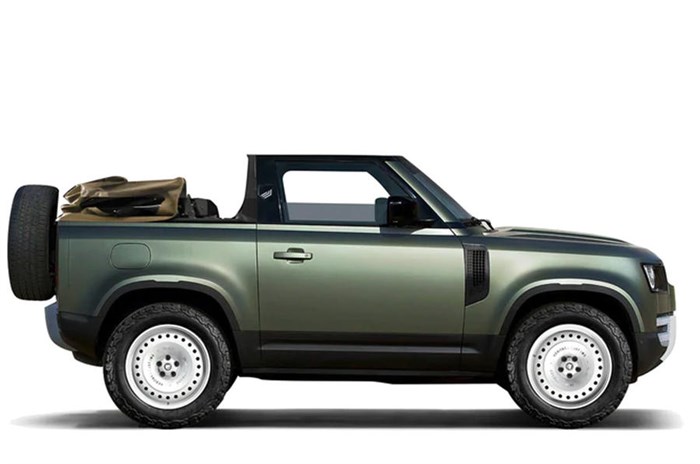 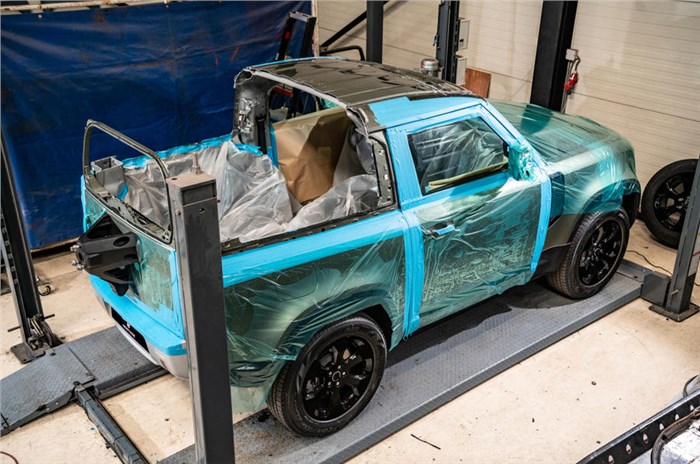 Dutch coachbuilder Heritage Customs is putting the finishing touches to its latest coachbuilt creation: a convertible version of the Land Rover Defender.

Official images from the production line show the Valiance Convertible – as the Defender 90-based creation is called – being heavily modified by hand at the firm’s headquarters in the town of Enter.

Renders also show how the vehicle will look when the process is completed, with unique colours and a power-operated canvas roof being the key differentiators over the standard Land Rover car – which is currently available in hard-top form only.

Heritage will build five examples this year, each costing over £1,00,000 (around Rs 1 crore) – more than double the price of the entry-level Defender. That price includes the base car and the cost of conversion, for which the coachbuilder quotes £58,200 (around Rs 58 lakh).

What can be changed

Although no changes will be made to the 4x4’s powertrain – which will be whatever variant of the short-wheelbase Defender 90 owners bring in – the Valiance Convertible will feature custom forged alloys and bespoke interior and exterior detailing.

Company co-owner Niels van Roij said that the convertible – an evolution of the firm’s existing modified Defender, the Valiance Custom – is “the beginning of a journey of discovery” as “owners can help shape the car of their dreams”.

He added, “Owners will find details and parts in their Valiance Convertible that have never been seen on a Defender before.”

Jan-Pieter Kroeze, the other owner, said that the first five SUV owners have “tailored their ultra-limited, handcrafted Defender with the power-operated soft-top, Magic Metal elements and a beautifully handcrafted interior exactly to their wishes”.

Land Rover sells both versions of the Defender – 90 and 110 – here, and also sells the Discovery Sport, the Range Rover, the Evoque and the Velar.

Do you like the modifications done on the Defender 90? Let us know in the comments.