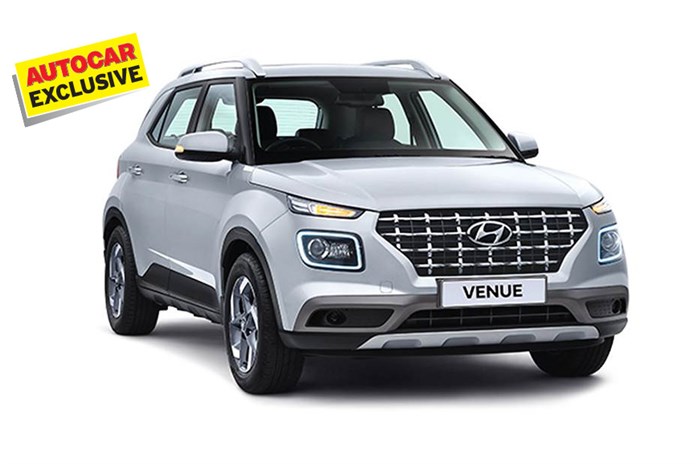 While the Hyundai Venue received an all-new diesel engine in the update from BS4 to BS6, the compact SUV has also got updated versions of the existing 1.2-litre petrol and 1.0-litre turbo-petrol engines. We’ve just got our hands on the ARAI fuel-economy figures for the upgraded petrol engines and just as we’ve come to expect, efficiency has taken a small hit.

To put the numbers in perspective, the 1.0-litre Venue is the only SUV in the segment other than the Maruti Suzuki Vitara Brezza petrol-automatic that returns over 18kpl. However, the petrol-auto Brezza comes with Maruti’s SHVS mild-hybrid system (returning 18.76kpl). Even the Venue 1.2 does well in context of the segment, only being slightly out-performed by the Tata Nexon manual (which returns 17.4kpl).

Along with the BS6 update, Hyundai has made a few changes to the features on offer, such as equipping the entry-level E and mid-spec S variants with an Alternator Management System (AMS) which is meant to reduce engine load. The SX variant now comes with a tyre pressure monitoring system (TMPS), while the SX+ (automatic only) and SX(O) variants get an additional 12V power outlet. These features are in addition to what was already offered on the BS4 Venue.