VW dealers are offering attractive benefits and discounts on unsold stocks of the Polo, Vento and Taigun at some locations. 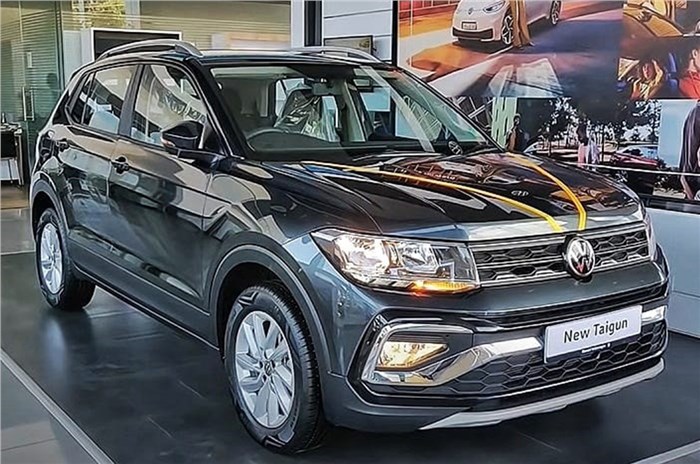 For April, Volkswagen is offering handsome benefits of up to Rs 85,000 on the Taigun. The SUV gets loyalty benefits of Rs 10,000 across all variants, while an exchange offer of Rs 25,000 is available on the 1.0-litre Highline, Topline and 1.5-litre GT manual variants. An additional ORVM support of Rs 15,000 is provided on 1.0-litre Topline, and 1.5-litre GT DSG variants. The carmaker is also offering a cash benefit of Rs 50,000 on the Highline automatic trim.

Volkswagen’s latest product in India, the Taigun, takes on other midsize SUVs like the Nissan Kicks, Hyundai Creta, Kia Seltos, MG Astor and Skoda Kushaq. It comes powered by a 110hp, 1.0-litre turbo-petrol engine or a 150hp, 1.5-litre unit. One can choose between a 6-speed manual; 6-speed automatic or a 7-speed dual-clutch automatic gearbox options.

The Volkswagen Polo continues to soldier on, even as the carmaker is set to cease the hatchback's production soon for the Indian market. Volkswagen is offering Rs 30,000 benefits and a free Connect dongle on Trendline and Comfortline variants. As of now, there's no direct replacement planned for the Polo for our market.

The Polo comes powered by two engine options – a 76hp, 1.0-litre naturally aspirated petrol and a 110hp, 1.0-litre turbo petro unit. The latter is paired either to a 6-speed manual or a 6-speed automatic gearbox. The Polo rivals other premium hatchbacks in the segment like the Honda Jazz and the Hyundai i20.

The Polo has been around for 12 years in the Indian market now, and although a new-generation is already on sale, it is unlikely to come to India. The carmaker recently released the Legend edition, believed to be the Polo's farewell edition.

Volkswagen is offering benefits of up to Rs 40,000 on their long-running Vento sedan. It includes exchange of Rs 25,000 and loyalty of Rs 15,000. Production for the Vento has ended and a very few units are left unsold. Volkswagen is set to replace it with the new Virtus sedan, which is scheduled to launch sometime in May.

Key rivals to the Vento include the Honda City, Hyundai Verna and Maruti Suzuki Ciaz. It comes powered by a 110hp, 1.0-litre TSI engine paired to a standard 6-speed manual or a 6-speed automatic gearbox.

Disclaimer: Discounts vary from city to city and are subject to availability of stock. Please check with your local dealer for exact discount figures.