The Nissan Magnite compact SUV has been revealed in full, ahead of its launch in 2021. There’s genuine promise in the package. 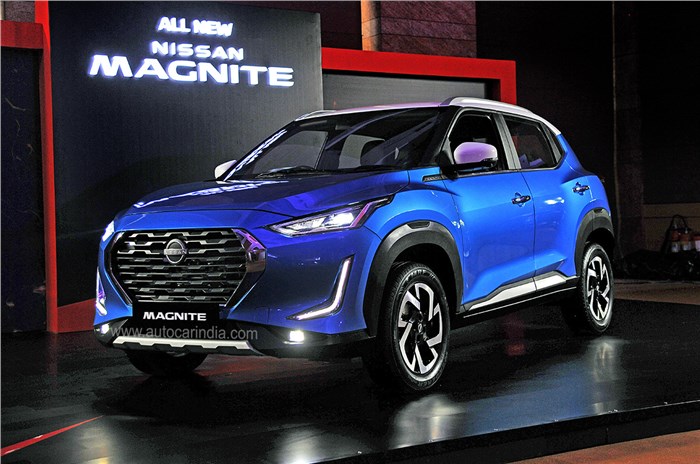 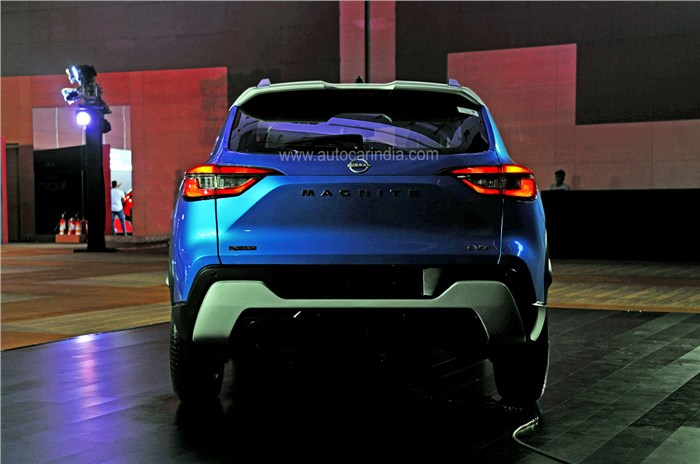 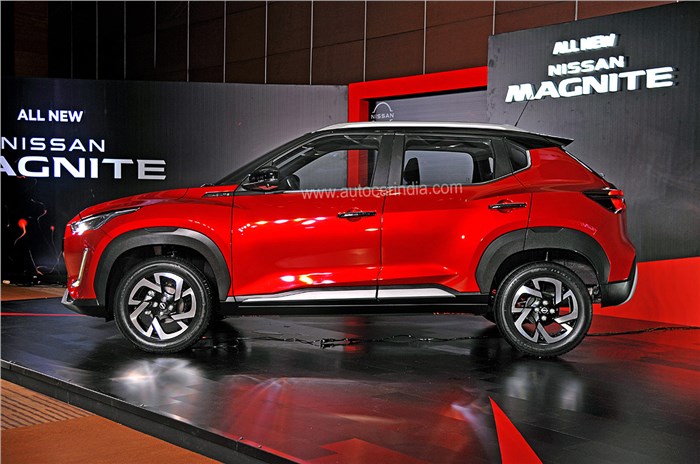 What is the Nissan Magnite?

You've seen it in teasers, you've seen it in design renderings and you've even seen it in spy pics. But this is it. This is the production version of the Nissan Magnite and it's a compact SUV with big aspirations. The Magnite not only marks Nissan’s entry into the hotly contested compact SUV segment but is also the Japanese carmaker’s big hope to turn things around in India, so there’s a lot riding on the new model.

Before we get into the finer details of the package, you should know that the Magnite is built on Renault-Nissan’s CMF-A+ platform that also underpins the Triber 7-seater. Also, the Alliance’s Oragadam plant in Tamil Nadu will be the global production base for the Magnite. 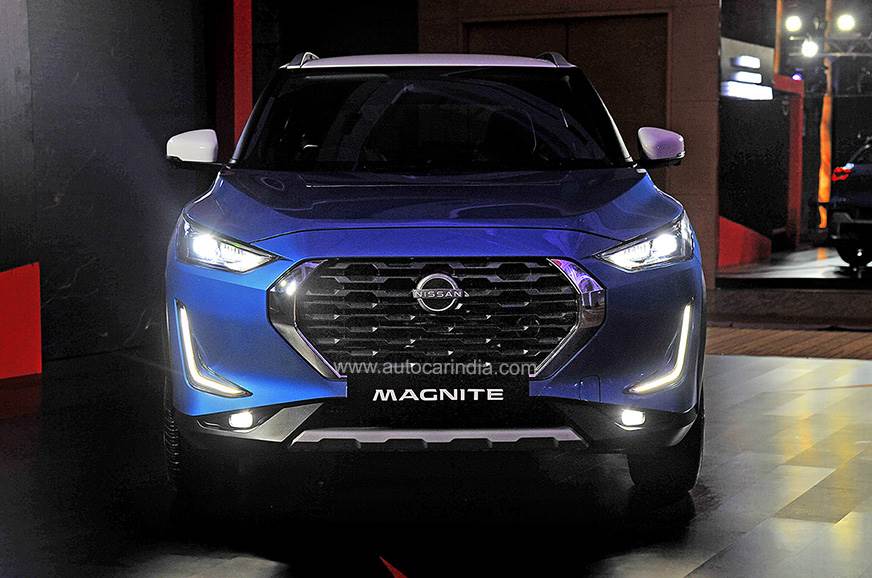 Nissan hasn't revealed all dimensions (it will measure under 4,000mm in length) as yet but has disclosed unladen ground clearance to be 205mm and that all versions of the compact SUV will get 16-inch wheels.

In the metal, the Magnite looks quite substantial and makes the right first impression. The well-crafted contours on the bonnet add mass to the front end and there is a link to the larger Nissan Kicks in the headlights, which peel back towards the pillars. Impressively, frontal lighting will comprise full LEDs on top-spec versions – that’s bi-projector LED headlamps, L-shaped LED DRLs and even LED fog lamps at the base of the bumper. 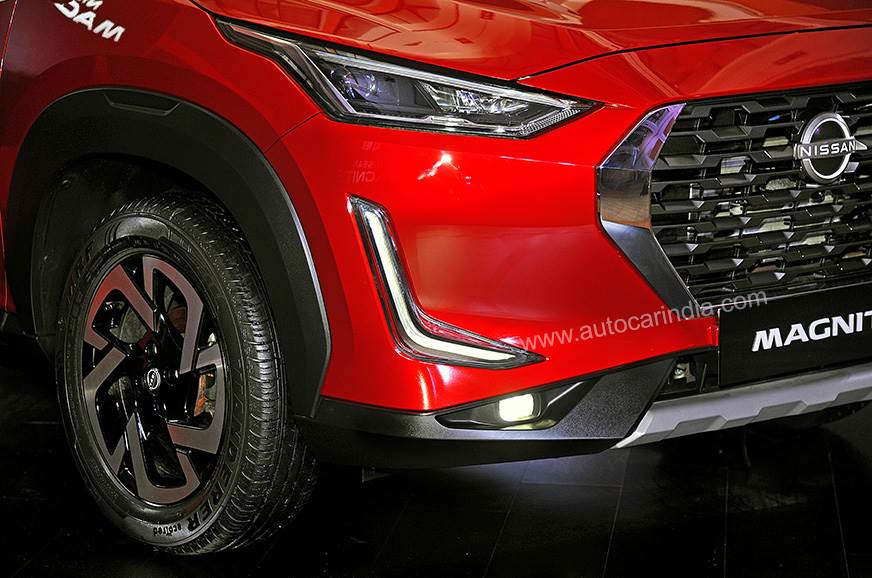 The skid plate runs the width of the bumper and helps give the Magnite ample SUV cred too. The focal point up front, however, is the large octagonal grille. It’s smartly detailed and gets a thick chrome surround but the shape is very Datsun. The back story is that the Magnite was originally intended to be a Datsun compact SUV but will finally come badged as a Nissan. 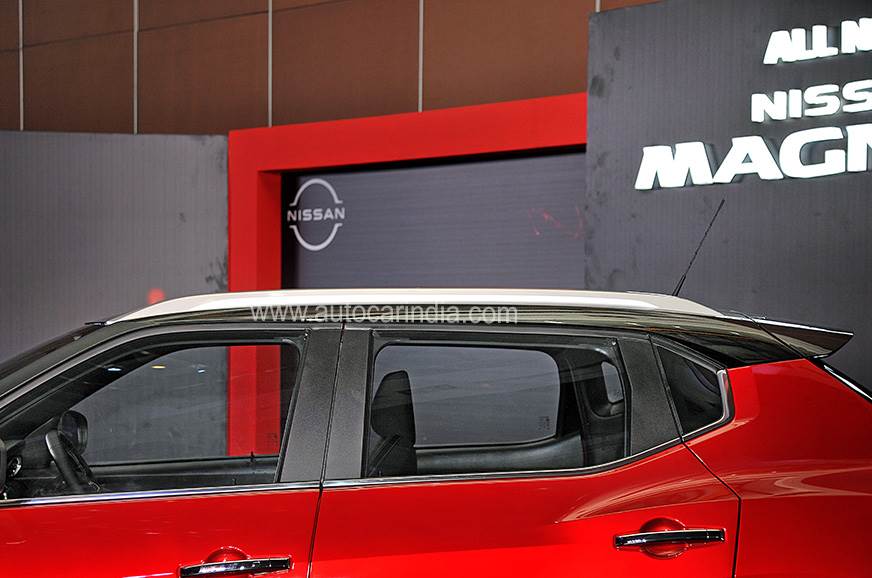 The Magnite’s side profile is more crossover than upright SUV but you’ll like what you see, especially in this deep, lustrous Flare Garnet Red paint. A contrast roof and pillars add to the effect. The machined alloy wheels (wrapped in 195/60 R16 tyres) look really premium, too, even if the large wheel wells do leave scope to go a size up. Prominent at the sides is the chunky cladding around the wheel arches and at the base of the doors, and it’s also nice to know that the roof rails aren’t just for show but can hold up to 50kg of load. But what really lends a look of robustness to the Magnite are its thick C-pillars and haunches above the rear wheels. 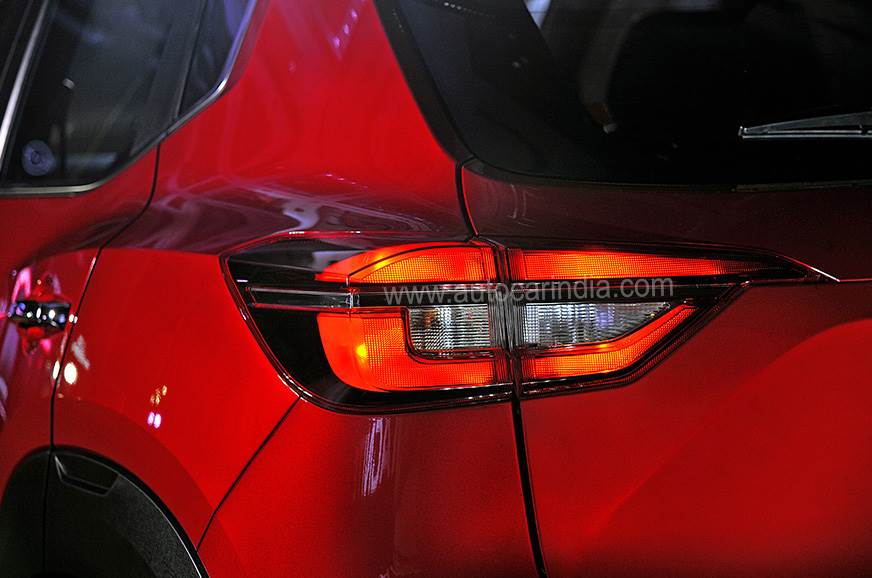 There are some interesting details on the Magnite’s tail as well. The tail-lights (they aren’t LEDs) are spread out and enhance the SUV’s visual width, while the manner in which the roof spoiler flows into the tail section is really fashionable. Nissan has done well to add cladding lower down on the rear bumper to add some more personality to the tail end, but wider tyres would have helped the stance.

The Nissan Magnite’s chrome door handles make a good first point of contact and opening the doors reveals a cabin that offers much to talk about. The dashboard, for starters, is well thought-out and has its share of stylistic flourishes too. There are functional elements, like a very useable storage recess at the base of the centre console, a phone bay with wireless charging higher up and a large (Nissan says 10-litre) glovebox. 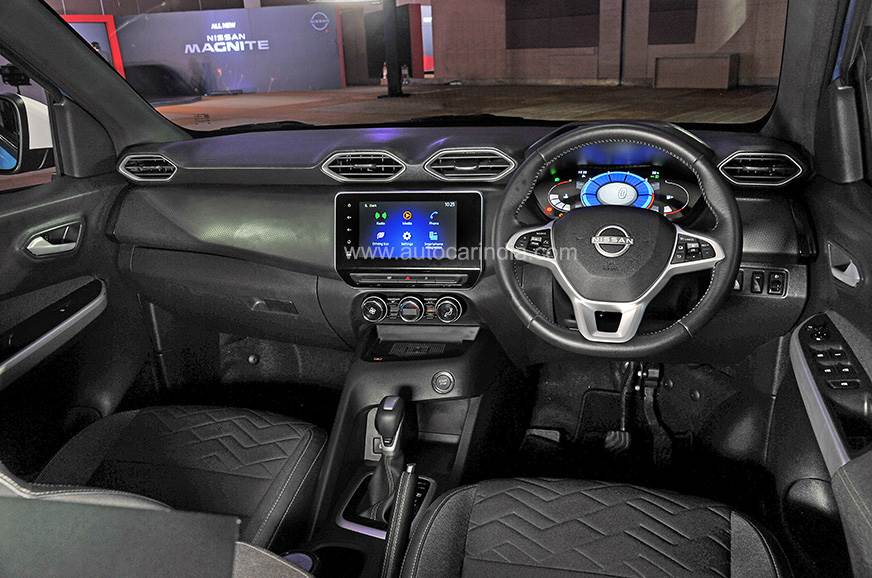 The Lamborghini Urus-like air-con vents also bring some glamour to the look, but the real talking points are the screens inside the cabin. The smallest of readouts for temperature, fan speed and air position are set within the respective knobs for the climate control system and look really cool. 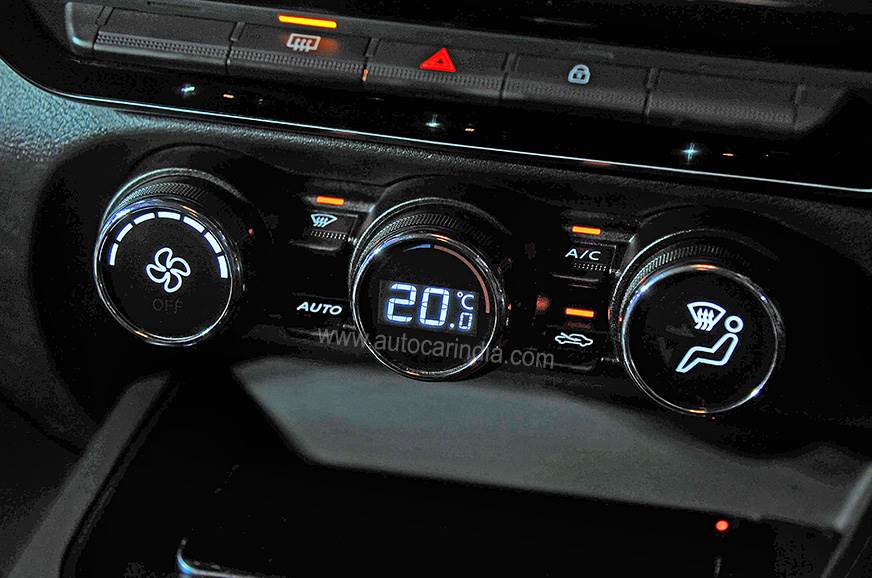 The largest screen inside is an 8.0-inch touchscreen for the infotainment system. It's quite nice to use, features segment-first wireless Apple CarPlay and Android Auto and there’ll also be connected car tech. The screen will also relay feed from a segment-first 360 degree camera. The system’s cameras aren't of the highest resolution, but they will nonetheless come handy when parking in tight spots. Arguably the most interesting screen is the 7.0-inch TFT unit at the instrument console. It's bright and easy to read, welcomes you with a neatly done animation and there are smart graphics for the tyre pressure monitoring system too. 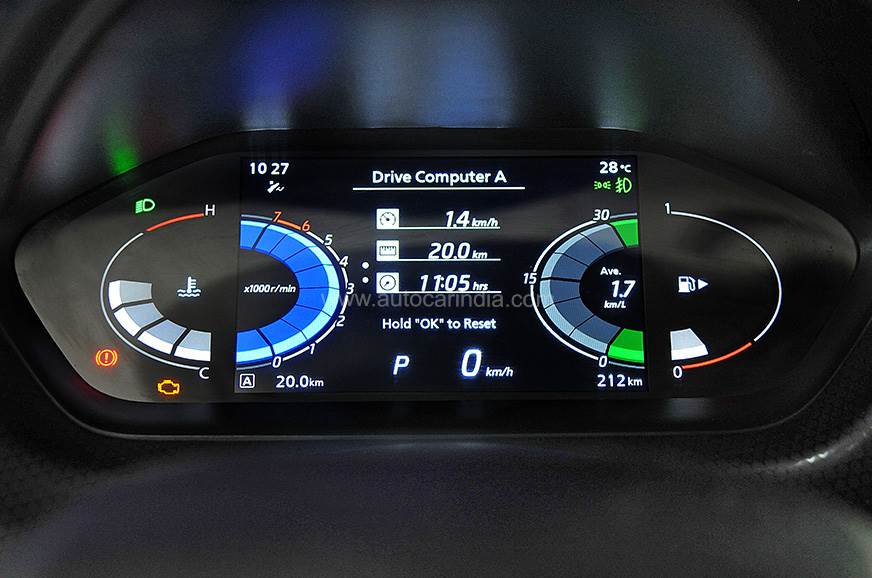 Fact is that Nissan has packed in a lot of goodies into the small Magnite. Aside from all that we've touched upon already, at launch, the Magnite will also get an air purifier, puddle lamps, ambient mood lighting and a six-speaker audio system. There's no mention of a sunroof though. All's not perfect, however, with quality being a mixed bag. There are many good-to-touch elements like the leather-wrapped steering wheel and there are nice fabrics on the door panels and the front-centre armrest as well. The vinyl-like finish for the centre of the dashboard is also quite appealing. On the flipside, the hard plastics on the dash top and the basic non-woven roof lining drag things down. The Nissan Magnite’s front seats offer good support and hold even larger individuals well. Visibility from the driver’s seat is also pleasant. The pillars are not upright, like in a Maruti Suzuki Vitara Brezza, but you still get a pretty nice view of the road and the world around you. The big surprise is space at the back. Ingress is easy, thanks to a relatively large door aperture, there’s more than ample head- and knee-room for six-footers to sit in comfort and the seat itself is well padded, offering good thigh support. A near-flat floor and fairly wide cabin also mean sitting three abreast won’t be a struggle. In case you don't have to share the space with a third occupant, you can always fold down the centre armrest, which comes with a nifty smartphone holder. Adjustable rear headrests, rear air-con vents and a 12V charging socket are other amenities at the back. 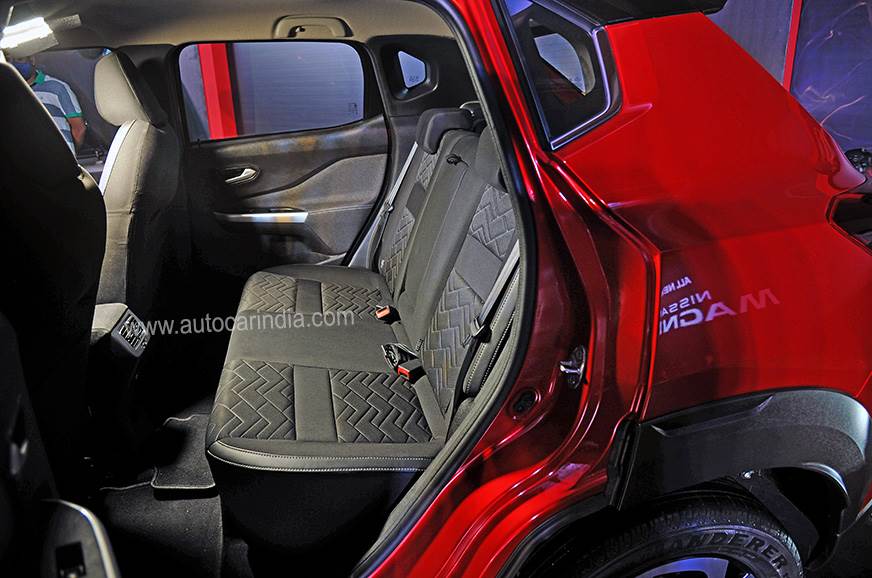 The Magnite also offers plenty of room for luggage. The tailgate lifts to reveal a sizeable 336-litre luggage area and there's also the option to fold the 60:40 split rear seat backrests, should you need more space. Top versions of the Magnite will come with aids like Vehicle Dynamics Control, traction control and hill start assist and also feature ISOFIX child-seat mounts at the back. ABS with EBD, dual airbags and rear parking sensors will be standard fit across the range. Nissan hasn't officially declared powertrain details as yet but there will be two engines on offer. The range will start with a 72hp, 1.0-litre, three-cylinder naturally-aspirated petrol engine that will come with a 5-speed manual gearbox. 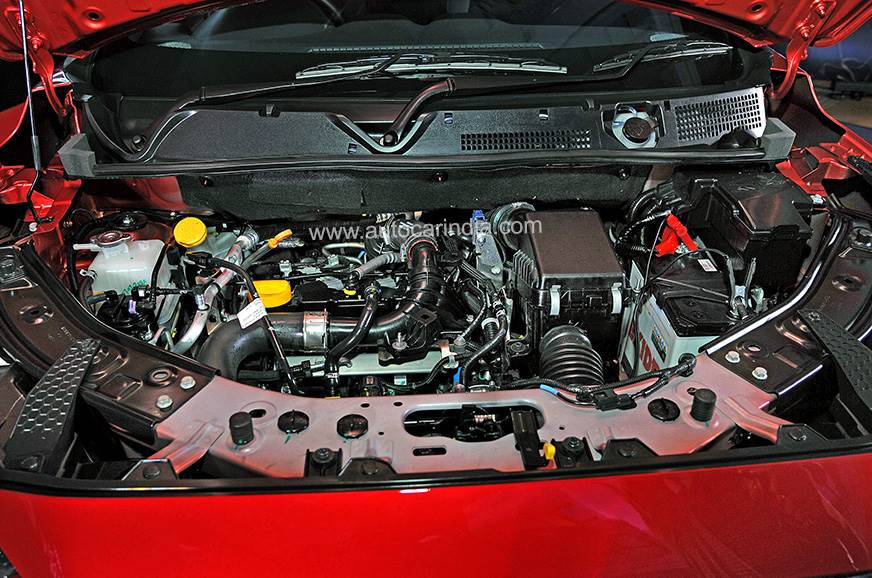 The engine of greater interest will be the new 1.0-litre, three-cylinder turbo-petrol engine that will make its India debut on the Magnite. The engine’s expected to make around 95 horsepower and will come mated to a manual gearbox as standard. Top versions will be available with a segment-first CVT auto. Before you ask, there won't be any diesel version on sale. 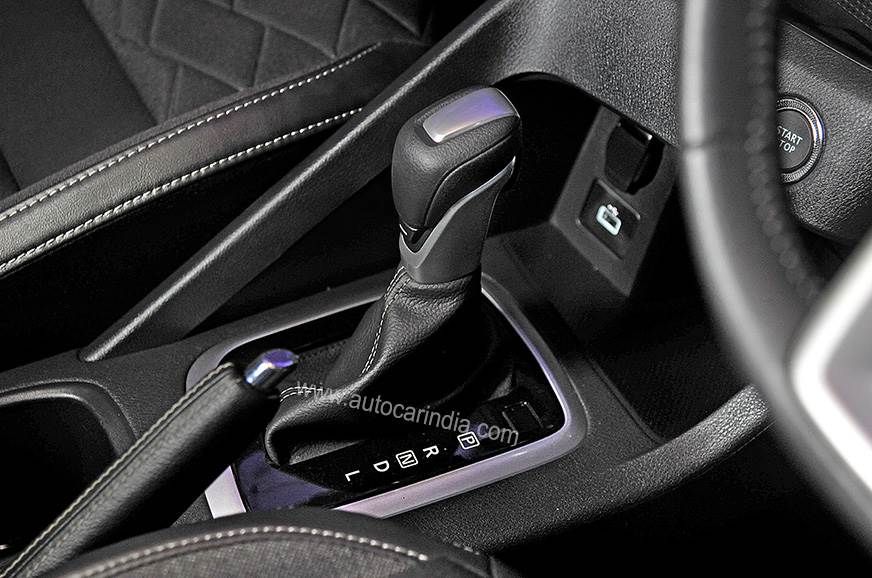 Bookings for the Magnite will likely commence towards the end of 2020, with a launch expected at the start of 2021. The Magnite will be up against a whole host of compact SUV rivals like the Kia Sonet, Hyundai Venue, Tata Nexon, Mahindra XUV300, Ford EcoSport, Maruti Suzuki Vitara Brezza and Toyota Urban Cruiser, and competition will intensify further when Renault launches its own CMF-A+-based compact SUV next year. 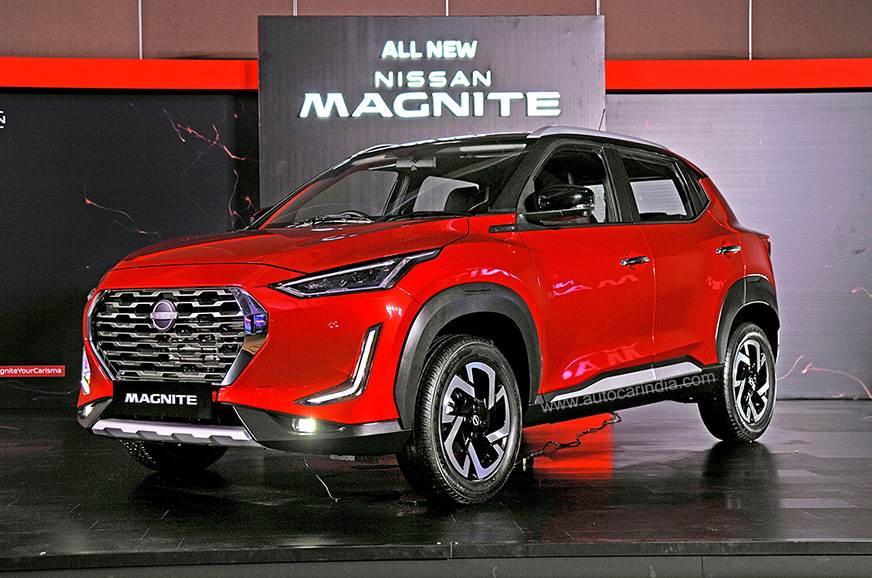 Disruptive pricing will be one of the weapons in Nissan’s arsenal to help establish the Magnite. Buzz is that the Magnite range will start at Rs 5.3 lakh (estimated, ex-showroom), while fully loaded Turbo CVT versions will top off at Rs 7.5 lakh, effectively undercutting all present compact SUVs on sale.

We'll only be able to give our verdict on the Magnite when we get it for a full review, but the first impression sure is of a promising product. Stylish, spacious and well-equipped, the Magnite could just be the model to put the wind in Nissan India’s sales (pun intended).