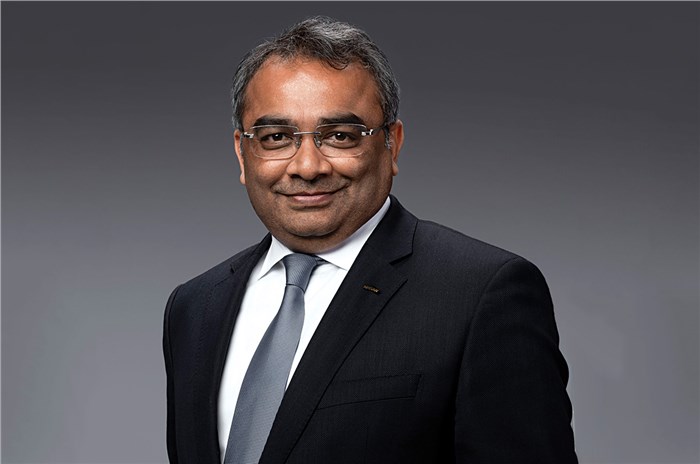 Is the Ariya the next big thing from Nissan?

In 2010, when we did the first Leaf, we did it with the simple assumption to be innovative and get into electric vehicles. Now, we realise the time has come where customer is looking for more driving excitement; and so the main focus was to have a fusion between Nissan’s SUV strength – gained over more than 100 years with the Patrol, Armada, Pathfinder, Qashqai, Juke and so on – and with the electric experience of the Leaf. The Ariya is the fusion of our SUV experience and the electrification experience, and that’s why this is a crossover EV.

Electrification is a big drain on profitability. Given that profitability of EVs is still nowhere near that of ICE vehicles, how do you balance this transition to future technologies?

When we did the first Leaf, there was no customer and no market. So I don’t think we did the profit calculation because business was not the objective. The objective was to get electric technology on the road. Today, the electric technology is not only about cost, but also value; and value is what is coming over and above the electric technology. I think Ariya is a profitable business case because it’s not just an electric vehicle. It has much more to offer – comfort, confidence and the same driving excitement as the Fairlady Z sportscar. The challenge we have is to put more and more value in an EV. The second point is the total cost of ownership coming to a point where the regulation cost on internal combustion engines are significantly increasing and battery cost is significantly reducing and that tipping point has already been reached in some of the markets, like Europe. If I have to invest in a Euro 7 engine or an electric technology, I will pick electric from a total cost of ownership viewpoint.

How does the huge cut in production and renewed focus on profitability announced in your mid-term plans impact product development?

Nissan Next is driven a couple of things. In the external factors, number one is the move from globalisation to regionalisation. With US-China, with Brexit, and specially now, with the COVID-19 impact, we are seeing more and more regionalisation, which means we will have less and less economy of scale. The second point, are the environmental challenges. We will not have only one environmental regulation around the world, which means we need to develop different technologies for different countries. Number three is the demographics. We see Japan going for an aging society, which means we have to put emphasis on the safety technologies. All three put together is leading us to have more and more technological investment on less and less economy of scale. We have to keep investing in the technologies with less and less economy of scale, and we have not reduced our R&D expense. We are reallocating our R&D investment with more focus. We will be reducing our product line-up by more than 20 percent, but this 20 percent, all these savings which we will have, we are reallocating to R&D.

Where does India now fit into Nissan’s game plan? Overall as a market, I think you’ve got bigger battles to fight, and India clearly isn’t a priority.

India is part of the Nissan Next plan and that’s why we strengthened the Kicks, and now we are going to launch Magnite. We invested in BS6 and also the CVT for the Go and Go+. So this is part of the programme. I think India is already a matured market within the Alliance and does not need a leader-follower model, that’s why we have common platforms, and so on.

What does the future hold for Nissan India?

Nissan has now got the history in India. We started 2004-2005 with Teana and X-Trail and we’ve built our brand with those two. Then Nissan went too fast to get into the entry segment by launching Micra and the Datsuns. The learning which we have had in India in the last decade is at first the product drives the brand and then brand drives the product. We need to have faith and patience for the day when we can switch from the product to the brand driving the product. We have decided to focus on SUVs and we want to see how the market and customer behaviour is evolving. We are highly dependent on Kicks and Magnite and need to watch three things – people safety, business recovery and customer behaviour, and, of course, the performance of the Kicks and Magnite, after which we will plan our next step. Having said that, as you know, we have so many products in our line-up, it will not take much time to introduce new products, and we are working on it.

Can one assume there won’t be anything from Nissan India for the next couple of years after Magnite? Nissan hasn’t shared a future road map for India.

When we work on product development, it’s not country-specific. For example, we have started working on the next-gen Kicks. The product development takes time, but the application does not take time, and especially when we are with our Alliance, when one brand will be localising, same is the case with the CMF-A and CMF-A+, which we have today. This platform is already localised, the engines are already localised, so that will not take much time for us, but what’s very important is to build the brand, which is Nissan, based on the SUVs.

Is it fair to assume there will be no future models wearing the Datsun badge?

We have invested more than Rs 6,000 crore in India and I think, as far as the business operations are concerned, we are focused in India. In addition to that, we are using India now for advanced technology in terms of connected services, in terms  of development, and so on. I think we are going to continue that and Nissan will remain our primary brand, this is clear, and this will be strengthened more and more with the SUV and the latest technology. Having said that, as I said before, today it is difficult for me to make any statement for the future, because at first we want to consider the three things which I said before, before we make our mind for the next step.

What are your concerns about the Indian market? What will it take for Nissan to have a turnaround, if at all, in India?

India is a tough market. 10 years ago, everybody forecasted India to become an 8-9-million-vehicle global market, which has not happened. Secondly, I think everybody forecasted that the potential in India is huge because of graduation from two-wheeler to four-wheeler, which has also not happened. And the third factor is more about the value proposition of the product, which some of the car manufacturers have recognised and delivered, and some have not. So the point is, what we have learnt is not to focus on volume, because volume is the consequence of customer decision, but to instead focus on increasing the product value for the customers.

Nissan Magnite to debut on October 21