2020 Land Rover Defender to debut at the Frankfurt motor show

The next-gen Defender will make its global debut in September this year and will be offered with two wheelbase options. 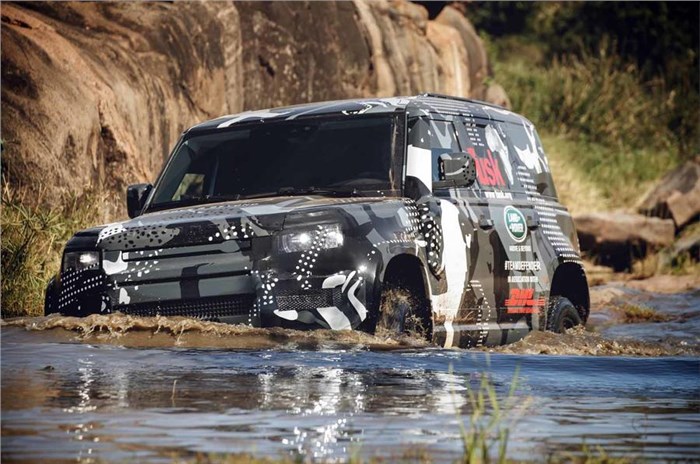 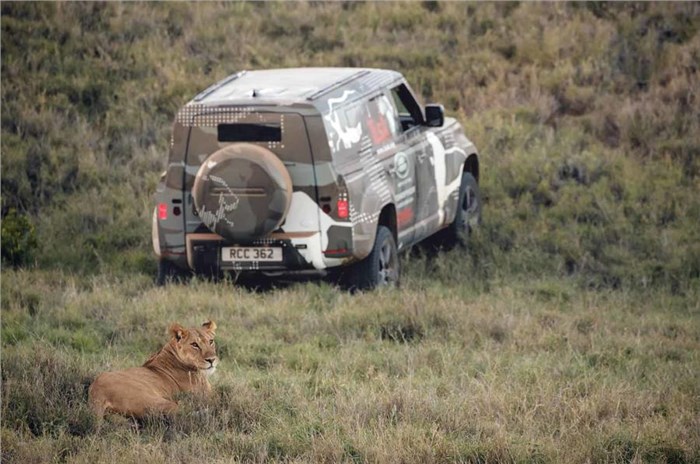 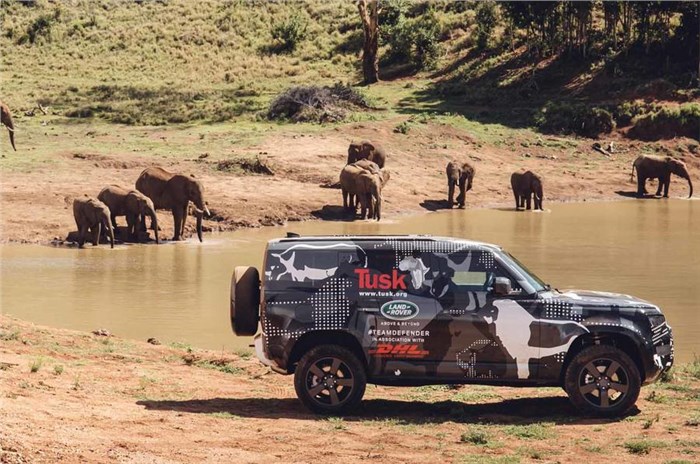 Land Rover has been working on an all-new Defender for some time now, and it has already been spotted testing in various parts of the world. It has even been seen undergoing testing in India. The next-gen Land Rover Defender will make its public debut at the 2019 Frankfurt motor show in September.

The British carmaker has released another set of official images that showcase the all-new Defender’s prototype being utilised for conservation-related work with the Tusk Trust wildlife protection charity. The images show the new Defender pulling loaded trailers, carrying supplies and tracking lions across the Tusk Trust's 1.4 lakh sq m reserve in Kenya. We had reported a few months back that the next-gen Land Rover Defender had completed 1.2 million kilometres of testing at the same facility in Kenya. These images show the new Defender sporting less camouflage than it was previously seen in, as the car sheds most of the body disguising panels and only features a camouflage vinyl wrap.

In what could stir up some controversy among the hardcore Defender enthusiasts, Land Rover has announced that the new Defender will be built alongside the Discovery at JLR’s new manufacturing facility in Slovakia and not in its facility in the UK. Land Rover has, however, stated that all the design and development work has been done at its base in Gaydon.

The new Defender is going to be offered in a five-door '110' variant and a short-wheelbase three-door '90' variant. The two wheelbase sizes will allow the Land Rover to develop an entire family of vehicles, ranging from basic utilitarian machines up to luxurious high-end models. An even longer-wheelbase '130' version has also been rumoured. All the engine options have not yet been confirmed, though it is expected to use JLR’s Ingenium series.

Land Rover has made no official statement regarding its plans to bring the rugged SUV to India. Once it is launched in the international market, it will rival the Toyota Land Cruiser and the Mercedes G-class.