2017 Tata Nexon: which variant should you buy?

Picking the right Tata Nexon for you can be tough. Use our guide to make an informed choice. 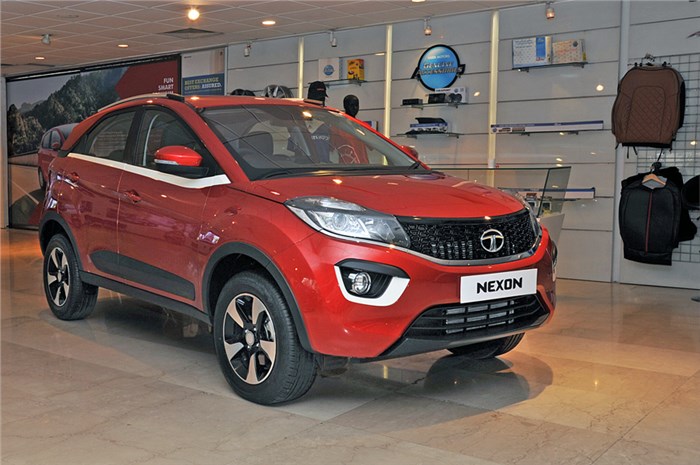 Between the petrol and diesel engine, the Nexon is available in eight different variants, complicating the buying decision for aspiring buyers. The number of features increases as you move up from the base variant to the top-spec, but so does the price tag. The base price of Rs. 5.85 lakh for the petrol and Rs. 6.85 lakh for the diesel is very alluring, but is this barebones variant desirable? We’ve combed through the spec sheet and come up with a value proposition to help you out.

The base XE variant, as with most base variants, is quite sparse in terms of equipment. Only the front windows are electric and there is no media system or remote central locking. Tata, however, has been responsible and has provided dual-front airbags and ABS with EBD in all variants of the Nexon, including the base. In any case, unless price is the primary concern, the base variant is best left off the list.

On the other end of the spectrum, you have the top-spec XZ+ variant that comes with all the bells and whistles you would expect, and then some. You get projector headlamps with DRLs, alloy wheels, an eight-speaker music system by Harman, a 6.5-inch touchscreen infotainment system equipped with Android Auto and voice commands for media as well as AC controls, voice alerts for things like open doors and unfastened seatbelts, a rear camera, front and rear fog lamps, an engine start button and a “Grand Central Console” up front with an armrest and a sliding tambour door. Plus, this is the only variant in which those seeking vanity can opt for a dual-colour roof (at an additional cost of Rs. 15,000). This is the obvious choice for those who aren’t restrained by a strict budget and are looking for a fully-loaded car.

For the rest of the buyers, those that fall in-between these two extremes, the choice lies between the XM and XT variants. Out of these, the XM really spells value with a decently long list of equipment at a premium of Rs 64,900 for the petrol and Rs 54,900 for the diesel. For this additional sum, one gets a Harman-developed sound system with four speakers and Bluetooth, USB and Aux-in connectivity, steering-mounted controls, rear parking sensors, remote central locking and electric outside mirror adjustment. The price difference for the XT variant over the XM is Rs 80,000 for the petrol and Rs 75,000 for the diesel. With the XT variant you get roof rails, automatic climate control, rear AC vents, electric folding mirrors and a cooled glovebox. However, the XT doesn’t give you your money’s worth and this variant can be given a miss.

The XZ+ variant costs Rs. 1.15 lakh more than the XT for the petrol and diesel models. For this extra money, it gets a whole host of additional features, including but not limited to the ones mentioned above. The top-spec really is loaded to the brim and it makes sense to shell out that much extra for it if possible.

So there you have it – a comprehensive understanding of the value propositions offered across the Nexon variants. With its keen entry-level price and reasonable hikes in-between variants, the Nexon offers something for buyers across the price spectrum.

Autocar Price Checker: How does the Tata Nexon stack up?