Royal Enfield could be testing multiple versions of the Thunderbird. Read on to find out what’s different. 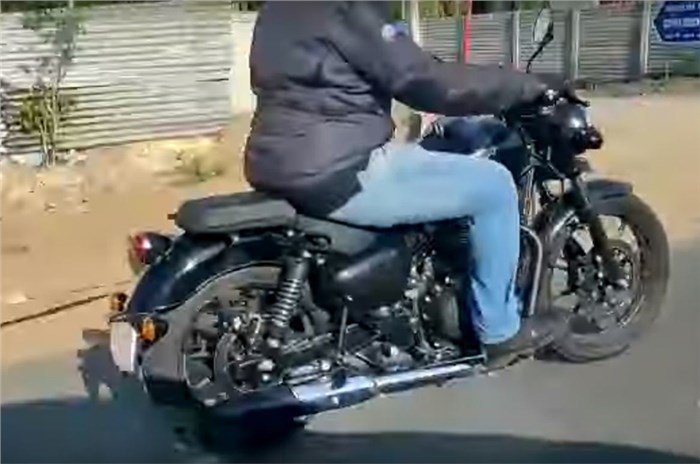 The Thunderbird in the video appears to be similar to the one spotted a couple of weeks ago, but this latest video reveals a new rear-end design, along with a restyled tank and side panels. The rear fender also appears shorter to the one on the current Thunderbird X and the indicator/brake lamp placement is different as well. The tank, meanwhile, looks similar to the 20-litre unit seen on current models, but it appears the fuel-cap is no longer offset and sits in the middle.

Like we’d reported earlier, it looks like the upcoming Thunderbird will have a slightly more cruiser-style riding position because its footpegs appear to be positioned about two or three inches further ahead than before. The rest of the bike appears to be identical to the test mule spotted earlier this month. It uses a new double-cradle chassis and features a more compact exhaust. We've seen from previous spy images of the next-gen Classic that the chrome exhaust covering hides a catalytic converter in front of the rear wheel; this change is likely to be seen on the next-gen Thunderbird too.

Interestingly, this iteration of the bike being tested looks considerably different from the first spy shots of the next-generation Thunderbird. 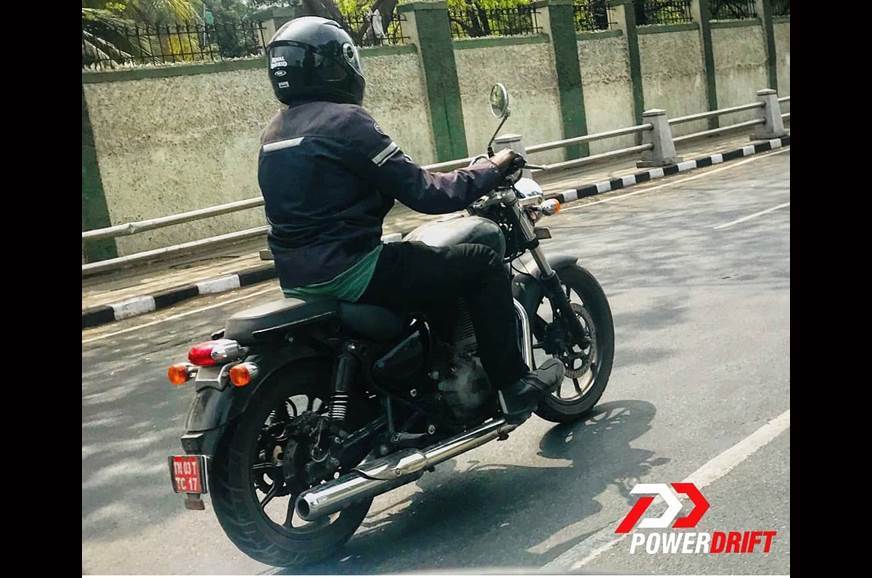 The above image shows that the rear section is different and this bike uses a tail-light assembly that’s identical to the one on the current model. The colour of the engine casing and the end-can on the exhaust is different as well. Now, we can't say for sure what this means, but it could be that Royal Enfield is testing multiple engine variants of the Thunderbird, or the two could also be different models like a standard Thunderbird and its stylish Thunderbird X counterpart.