Volkswagen increases production in order to meet local demand and to prepare for exporting the SUV to other international markets. 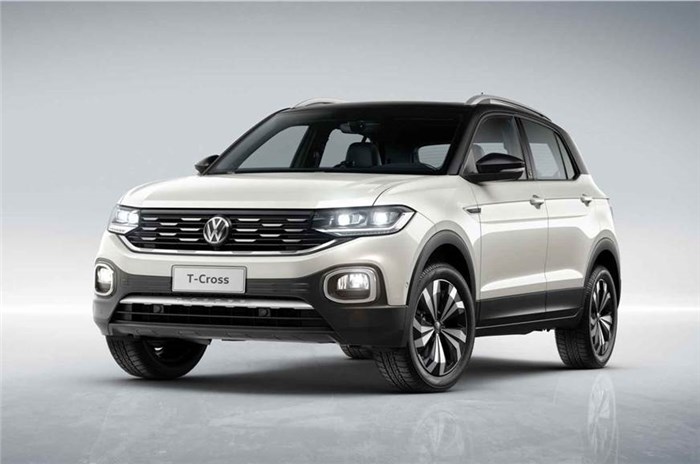 Volkswagen’s plant in Paraná, Brazil has begun operating in two shifts in order to boost production of the new T-Cross SUV. The move to increase production comes following VW Brazil’s announcement earlier in the year that the brand would start exporting the T-Cross to over 50 countries.

As per the previous announcement, VW South America CEO Pablo Di Si had revealed that the carmaker planned to export the T-Cross to countries across Latin America, Africa, Asia and even some countries in Europe.

The T-Cross is sold in global markets in two different lengths, with both models based on VW’s MQB A0 platform – the model for Europe is shorter in length than its counterpart for developing markets.

Volkswagen is set to bring the T-Cross to India sometime in 2020-2021 as a part of its India 2.0 plan, which will see a host of new model launches from VW and sister brand Skoda – the plan is set to kick off with the launch of the India-spec Skoda Kamiq SUV.

The T-Cross for India is expected to similar to the SUV manufactured in Brazil (it’ll have beefier styling cues compared to the European model) along with similar dimensions (the T-Cross for Brazil is larger than the model manufactured in Europe). The India-spec T-Cross, however, will use a heavily localised India-specific iteration of VW’s MQB A0 platform (MQB A0 IN) to keep costs in check.

Under the hood, the T-Cross for India will get two petrol engines. The mainstay will be a 130hp, 1.5-litre, four-cylinder EVO TSI motor equipped with cylinder-deactivation technology, which would appeal to mileage-conscious buyers. The other engine option will be the brand’s 115hp, 1.0-litre, three-cylinder TSI unit. VW currently has no plans to offer a diesel engine, though it is considering introducing a CNG variant. Mild-hybrid technology could also be on the cards but it’s only likely to arrive with the facelift of T-Cross.

When it goes on sale in the country, the India-spec VW T-Cross will rival the likes of the Hyundai Creta, Tata Harrier and the upcoming Kia SP2 SUV.