The Croatian EV firm could partner up with Porsche, to run Bugatti. 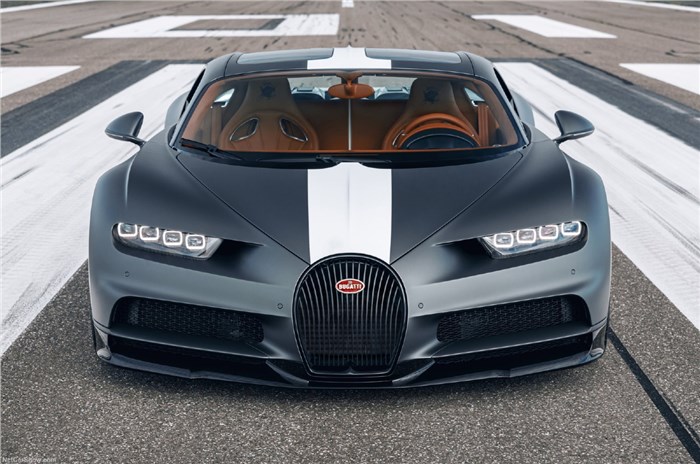 Volkswagen Group boss Herbert Diess has confirmed plans to spin off Bugatti into a joint venture between Porsche and EV specialist Rimac – but has denied reports it could sell the brand outright.

As we reported earlier, Volkswagen would consider selling a controlling interest in the French hypercar maker to Rimac as part of a financial deal that involved Porsche increasing its investment in the Croatian firm. Porsche recently increased its stake in Rimac from 15.5 percent to 24 percent in a deal worth £60.4 million (around Rs 608.3 crore).

During the Volkswagen Group's annual media conference, Diess said that responsibility for Bugatti is currently being transferred to Porsche, which would then discuss a possible joint venture with Rimac. "Transferring [Bugatti] to Rimac isn't true," said Diess. "Porsche is currently preparing a partnership that's going to be under discussion with Rimac, and Porsche will be taking care of that.”

"The whole thing isn't yet finalised. What we want to do is transition responsibility of Bugatti to Porsche, and Porsche in all probability will establish a joint venture with Rimac, with a minority share of Porsche." It's not clear whether any potential Bugatti joint venture would involve Porsche and Rimac taking an equal share.

Diess added that the decision to move responsibility for Bugatti within the Volkswagen Group to Porsche is because "we believe that Bugatti will get an environment that's stronger than being here in Wolfsburg in the volume segment." He elaborated,: "We have more synergies [between Bugatti and Porsche] over there, such as carbonfibre bodies and high-performance batteries."

Rimac is an electric carmaker and technology firm, headquartered in Sveta Nedelja, near the Croatian capital Zagreb, that was established in 2009 by Mate Rimac. Their first offering was the Rimac Concept One EV, which was revealed in 2016 and production was limited to only 8 units. Their second model is the Rimac C_Two that was revealed at the 2018 Geneva motor show. The C_Two’s production will be limited to 150 units.

Under Diess, Volkswagen is currently undergoing a major reorganisation, with a focus on electric mobility and a renewed focus on volume production. Recently, the carmaker confirmed new entry-level models will be introduced to its ID range of pure electric vehicles.

The VW Group revealed that, Bentley will, from 1st March 2021, sit under Audi. The VW Group said that the move will “allow for synergies to be achieved as part of the electrification strategy of the two premium brands.” The British manufacturer is in the process of switching to electrification and Audi’s Project Artemis is a key aspect of this. The VW Group board has also confirmed that both Lamborghini and Ducati will remain within the Group; both brands had been at risk of being sold off earlier.