VW’s eighth ID-badged concept set to make production in 2021; expected to be badged as the ID5. 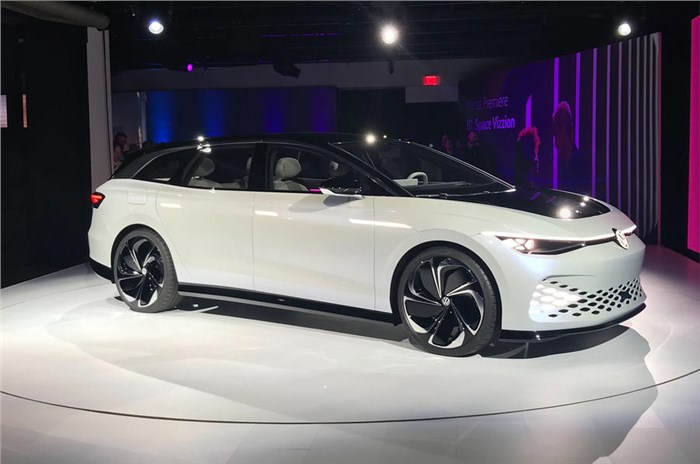 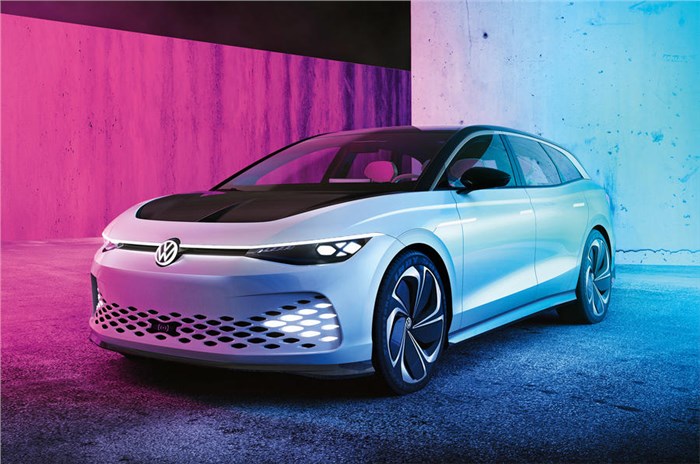 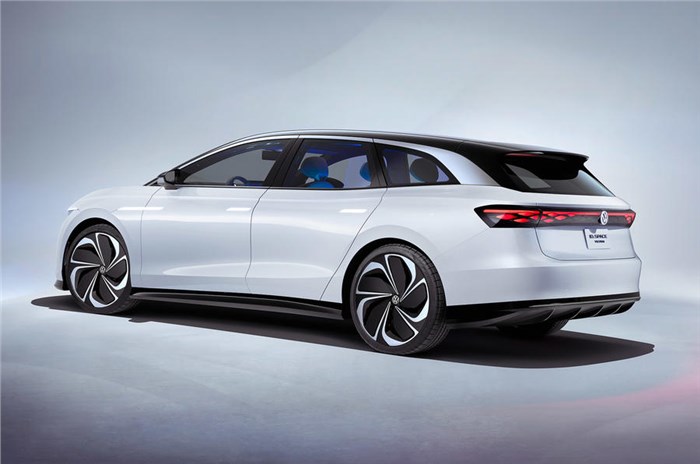 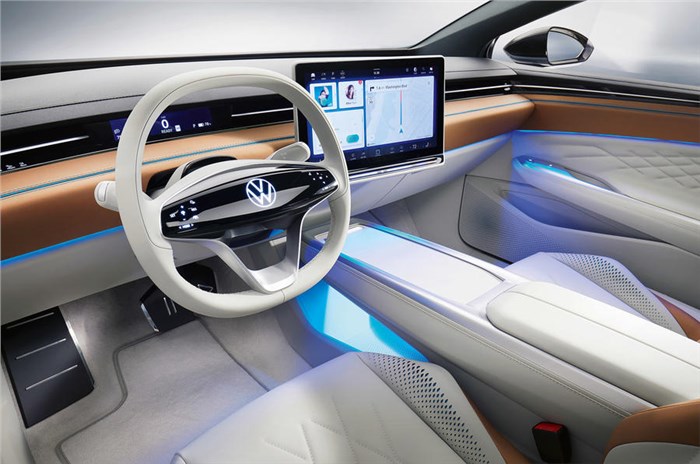 Volkswagen has previewed a future all-electric crossover-style estate in the form of the ID Space Vizzion concept at the 2019 Los Angeles motor show. The eighth ID-badged concept from the German carmaker, the Space Vizzion, is set to go into production alongside the ID Vizzion sedan – revealed last year – in 2021.

Both models are expected to get the ID 5 model name, according to senior Volkswagen officials, who suggest the production version will hold true to the concept in terms of appearance and technical specifications.

The latest ID concept updates the more conceptual lines revealed on last year’s ID Vizzion sedan with various styling elements that help to link it visually with the latest Passat estate, including the shape of its headlights.

While the design of the Passat is restricted by the space dedicated to mounting a combustion engine within its front end, the ID Space Vizzion takes advantage of the inherent packaging advantages of its electric driveline by having a relatively short bonnet and a lengthy cabin.

Drawing on the versatility of Volkswagen’s MEB electric car platform, the ID Space Vizzion is of a similar size to the Audi A6 Avant with a 4,958mm length, 1,897mm width and 1,529mm height.

Along with short front and rear overhangs and 22-inch wheels, it also receives a lengthy, 2,965mm wheelbase, providing scope for either a four- or five-seat layout and up to 586 litres of luggage space behind the second row of seats.

Inside, the new Volkswagen concept sports a clean and uncluttered interior devoid of physical switches and buttons. All controls are concentrated within touchscreen panels and displays, including those of the steering wheel, whose design has been inspired by that used by past Volkswagen models.

Energy for the electric motors is provided by an 82kWh lithium-ion battery mounted within the floor. It can be charged to 80 percent of its capacity within 30 minutes using a 150kW system. The concept has a claimed range of up to 590km on the WLTP test cycle.

Volkswagen quotes a 0-100kph time of 5.4sec and a governed top speed of 175kph for the four-wheel-drive variant, which is expected to form the basis of an even more powerful ID 5 GTX performance estate that’s due in 2022.

For the Indian market, VW has not yet revealed any plans to introduce models from ID family, though the carmaker is set to introduce a bevy of new products in the coming years. As part of the company’s India 2.0 plan, Volkswagen is set to launch an all-new SUV to rival the likes of the Hyundai Creta and Kia Seltos underpinned by an India-specific iteration of the MQB A0 platform. Also set to arrive is a replacement for the ageing Vento also underpinned by the same platform. Aside from the locally manufactured models, the carmaker is set to import some of its SUV from its international line-up – a seven-seater derivative of the Tiguan – the Tiguan AllSpace – and the smaller T-Roc SUV. Also under consideration is the brand’s flagship Touareg SUV.

2019 VolksDrive Rally to be held on November 24

Discounts of up to Rs 2.60 lakh on Volkswagen Vento, Tiguan, Ameo, Polo