The German brand has also announced that the second batch of T-Roc and Allspace SUVs is now available to book. 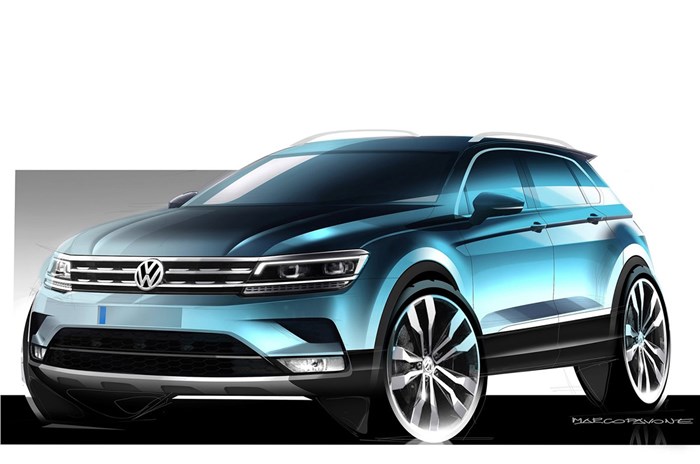 The 5-seat Volkswagen Tiguan is set to make its comeback in 2021, the German brand has announced today. The Tiguan will join the upcoming Taigun midsize SUV, and the imported duo of the T-Roc and the 7-seat Tiguan Allspace in what Volkswagen India is calling its SUVW Strategy. The brand also confirmed that a second batch of the T-Roc and Tiguan Allspace have been imported under the 2,500 unit import rule and are now available to buy.

While we had reported earlier that the Volkswagen Taigun will lead the company’s SUV launch onslaught this year, the arrival of the larger Tiguan marks the SUV’s return to our market after about a year. The Tiguan on sale prior to April 2020 was powered by a diesel engine, and as a consequence of VW’s plans to phase out diesel engines from its BS6 line-up, the 5-seat SUV was discontinued.

Back in May 2020, we had reported that Volkswagen would bring the 5-seat Tiguan back with a petrol engine instead of the diesel unit, and that it’ll be the facelift model, and, most importantly, the German brand was likely to assemble the model at its Chakan facility.

The facelifted 4.5m-long SUV will feature a number of distinguishing details over the previous model on sale in India, and the 7-seat Tiguan Allspace. It willget a tweaked grille and bumper design, along with differently shaped LED headlight units. New designs will also be on offer for the alloy wheels.

The overall interior layout of the pre-facelift and Tiguan facelift are similar, but the newer model in top-spec form will get a touch interface for the climate control instead of knobs and buttons. The features list is expected to expand as well – a sunroof, an 8.0-inch touchscreen infotainment system, three-zone climate control, an eight-way powered driver’s seat and more are likely to be on offer.

The Tiguan will share its 2.0 TSI engine with the Tiguan Allspace. This 2.0-litre direct-injection turbo-petrol unit is expected to deliver the same 190hp and 320Nm of peak torque. A 7-speed dual-clutch automatic gearbox is likely to be standard. Whether all-wheel drive will be on offer is yet to be confirmed.

Thanks to local assembly and the fact that its powertrain will be shared with other VW Group models, expect the 2021 Tiguan to be priced competitively. The Tiguan will sit above the Taigun (Rs 10-18 lakh, estimated) and the T-Roc (Rs 21.35 lakh) in VW India’s line-up, but below the Tiguan Allspace (Rs 34.20 lakh). Expect prices to be in the Rs 26-29 lakh region.

Production-spec Volkswagen Taigun to be revealed on March 31