Compact SUV to be available in Mid, High and Premium trims; expected to be priced between Rs 8.5-11.5 lakh (ex-showroom) 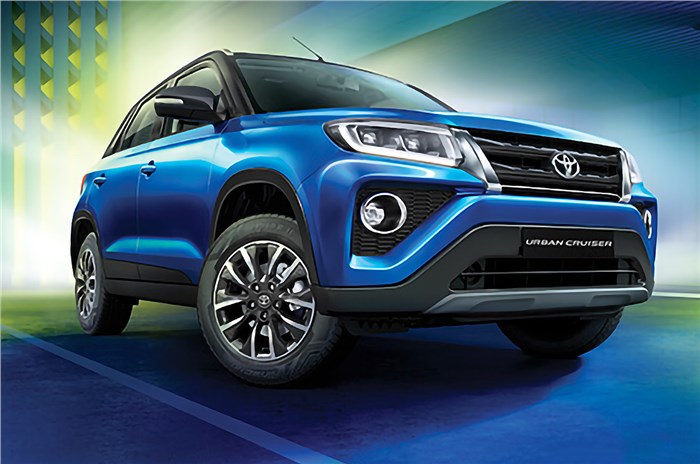 The Toyota Urban Cruiser is set to launch in India on September 23, 2020. Toyota’s first compact SUV, the Urban Cruiser, is based on the Maruti Suzuki Vitara Brezza and is the carmaker’s second product in India under its partnership with Maruti Suzuki.

What do we know about the Toyota Urban Cruiser?

The Urban Cruiser is the second badge-engineered model to emerge from the Toyota-Maruti Suzuki alliance in India and is based on the Vitara Brezza. However, unlike the Baleno-Glanza effort, Toyota has chosen to give the Urban Cruiser a more distinctive look, with a revised front fascia that gets a different bumper and grille. The SUV is, otherwise, more or less unchanged from the Brezza.

Moving to the Urban Cruiser’s cabin, here too there is little to set the Toyota apart from its sister car, save for the Toyota badging and brown seat upholstery.

The Urban Cruiser will be available in a choice of three trim levels – Mid, High and Premium. As with the Glanza, Toyota has based its variant on the higher trims of the Vitara Brezza, so even the base Mid variant gets kit like LED headlamps, auto climate control, keyless entry and go, and an audio system. Read more about the Urban Cruiser’s variants here.

What are the engine and gearbox options?

As with the Vitara Brezza, the Urban Cruiser, too, is a petrol-only compact SUV. The sole engine on offer is a 105hp, 1.5-litre, naturally aspirated unit that’s paired with either a 5-speed manual or a 4-speed torque converter automatic. The automatic variants additionally benefit from Maruti’s fuel-saving mild-hybrid technology.

What are the Urban Cruiser’s rivals?