We take a closer look at the new Urban Cruiser, Toyota’s first compact SUV for India, which is essentially a badge-engineered Maruti Suzuki Vitara Brezza. 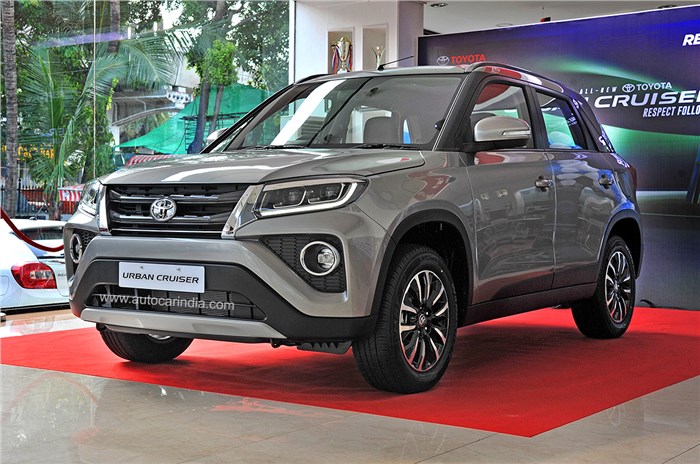 The Toyota Urban Cruiser is the second product to come out of the Suzuki-Toyota partnership in India, the first being the Glanza. But while the Toyota Glanza is literally a Baleno with a Toyota badge with no other differences whatsoever, the Urban Cruiser does bring about a few changes that helps differentiate itself from the Maruti Suzuki Vitara Brezza. We take a closer look at what is Toyota’s first compact SUV for India.

Toyota has changed the front end of the Urban Cruiser to differentiate it from the Vitara Brezza. This includes a new dual-slat grille with squarish indentations that are flanked on either side by vertical chrome trim pieces. The bumper itself gets a very typically Toyota angular vent design on each end, with a large central opening and a silver skid plate. An intriguing design element is a circular slot in the lower half of the bumper on the driver’s side, behind which the horn is mounted – clearly a made-for-India SUV then considering how much we collectively tend to use the horn while driving. While the changes in the greater scheme of things might be small, the new grille and bumper does make the Urban Cruiser look a lot more aggressive compared to the Vitara Brezza, and more in-line with other Toyotas. 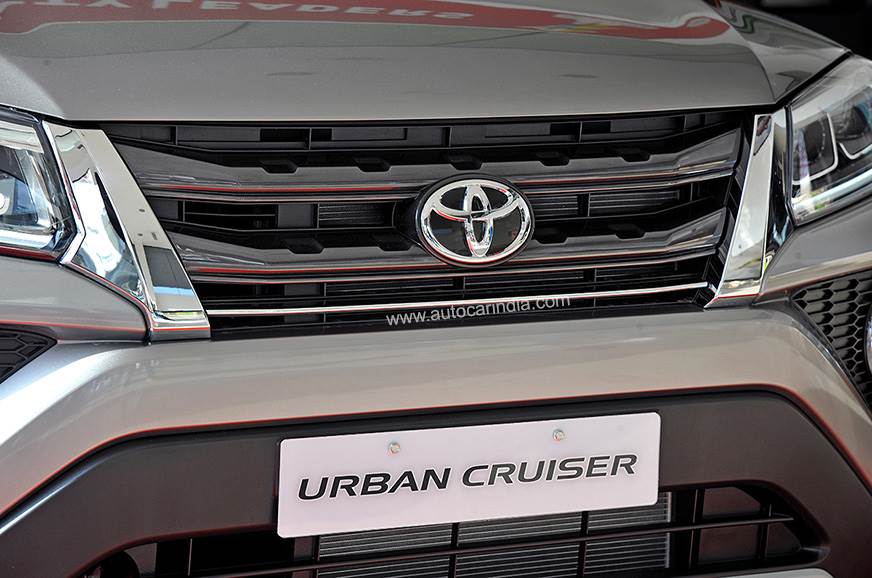 Grille and front bumper make it look more like a Toyota.

Apart from those changes though, everything else is exactly the same – the same 16-inch alloy wheels, the same side profile and the same rear end can be seen – albeit with Toyota badges instead of Maruti ones. 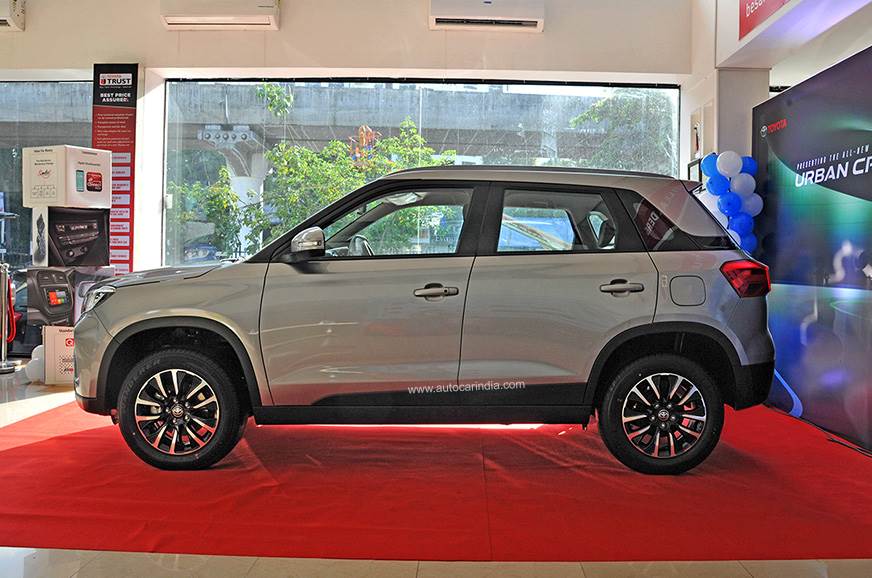 From the sides and the rear, only the badges differentiate between the Maruti and Toyota compact SUVs.

While there are a few changes on the outside to differentiate between the Urban Cruiser and Vitara Brezza, the insides have almost no difference at all. You get the exact same dashboard design as the Vitara Brezza, with the same textured hard plastics, the same 7.0-inch touchscreen infotainment system with in-built navigation, Apple CarPlay and Android Auto, and the same instrument cluster too. In fact, the only obvious change on the inside is the Toyota badge on the steering wheel in place of the Suzuki one and brown seat fabric as compared to the black in the Brezza; even the upholstery pattern stays the same. 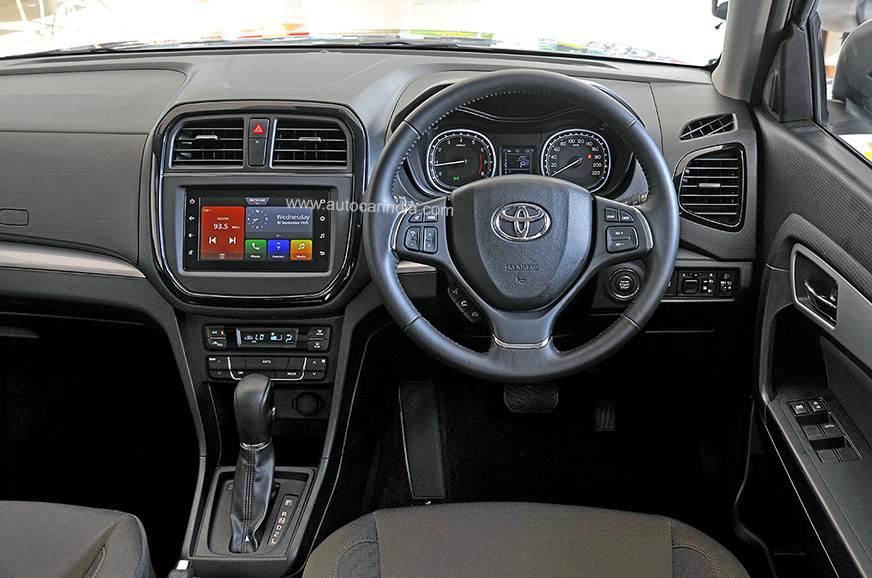 The only differences on the inside are the Toyota badges and the new upholstery colour.

Like everything else, the Toyota Urban Cruiser gets exactly the same powerplant as the Vitara Brezza – a 1.5-litre, 4-cylinder, naturally-aspirated petrol engine that makes 105hp and 138Nm of torque. The unit comes mated to either a 5-speed manual or a 4-speed torque-converter automatic gearbox. The automatic version also benefits from Suzuki’s fuel saving, mild-hybrid tech. According to ARAI, fuel economy for the manual is rated at 17.03kpl while the automatic is rated at 18.76kpl. 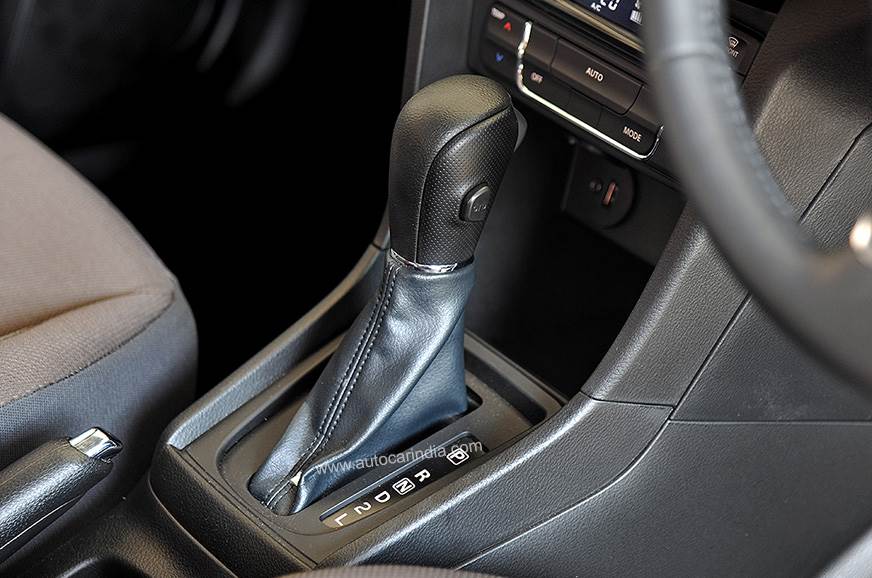 Automatic versions get the mild-hybrid system.

The Toyota Urban Cruiser manual and automatic are available in three variants each – Mid, High and Premium – skipping the entry-level variant that you get on the Brezza manual altogether. Prices for the manual version range from Rs 8.40-9.80 lakh while Urban Cruiser automatic prices range between Rs 9.80-11.30 lakh. Compared to the Maruti Vitara Brezza, this is just Rs 5,000-15,000 more depending on which variant you choose. 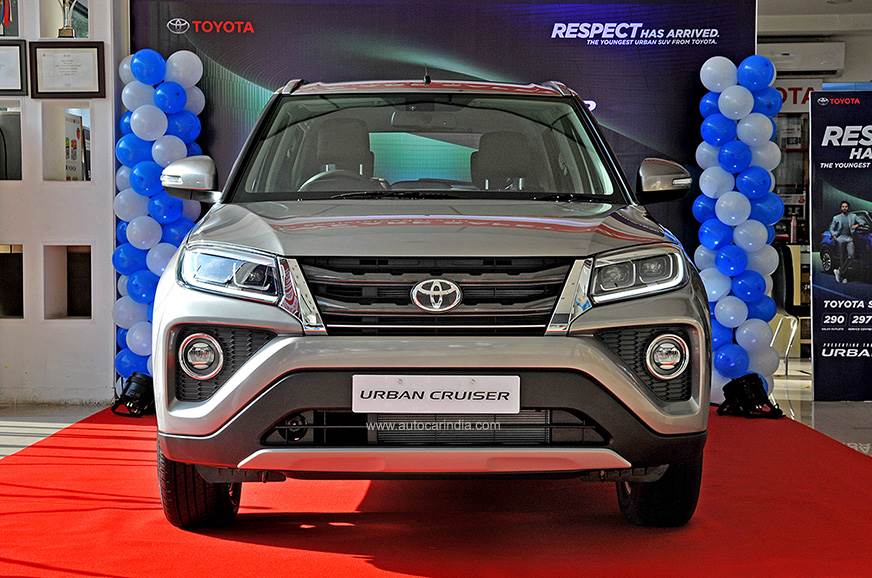