Tata will phase out the 1.05-litre diesel engine variants of the Tiago hatchback and Tigor sedan. 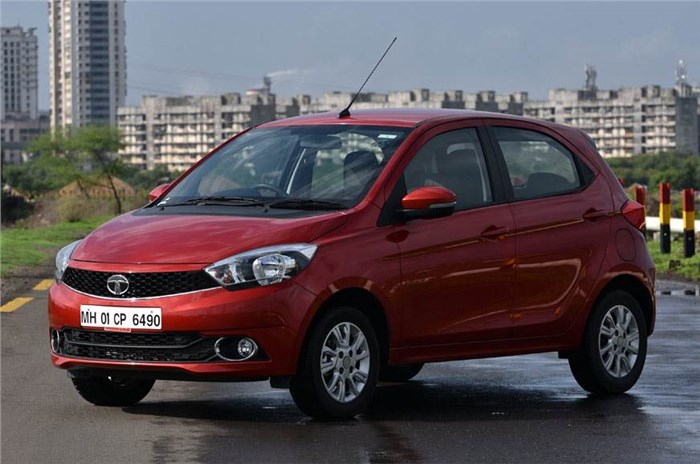 Tata Motors will stop production of the diesel versions of the Tiago and the Tigor. This is due to the fact that the demand for diesels in the small car segment is expected to decline after the BS-VI norms come into effect from April 1, 2020, as the cars with BS-VI engines will become even more expensive.

Currently, Tata Motors offers a 70hp, 1.05-litre diesel engine in its Tiago hatchback and Tigor compact sedan. It also offers a 110hp 1.5-litre diesel in the Nexon compact SUV, a 140hp 2.0-litre diesel in the recently launched Harrier SUV and a 156hp 2.2-litre diesel unit in the flagship Hexa SUV. The Fiat-sourced 1.3-litre diesel that powers the Zest and Bolt will also see the end of production, as the motor will not be upgraded for BS-VI norms.

As we had reported earlier, the engine Tata will phase out is the 1.05-litre engine from the Tiago and Tigor, as more than 80 percent of the cars sold in these segments are petrol models. Also, the cost of making the engine BS-VI-compliant will be very high, making it even more impractical to continue offering it. However, the 1.5-litre diesel from the Nexon and the 2.0-litre diesel from the Harrier are expected to be upgraded to comply with the BS-VI norms. The upcoming Tata Altroz will also come with a 1.5-litre diesel engine.

Tata is currently testing refreshed Tiago and Tigor on Indian roads. Both models will see styling and structural tweaks in order to clear the upcoming crash test norms.

Tata Motors is not alone in the move to drop diesel engines from its portfolio as Maruti Suzuki, the current market leader, has already announced that it will phase out all its diesel models from April 1, 2020, when the BS-VI norms are implemented. On the flip side, Ford India has recently announced that it will continue to sell its diesel models even after the BS-VI norms kick in.