Ford has confirmed that it will continue to offer its model range with diesel engines post the implementation of BS-VI emission norms in April 2020. 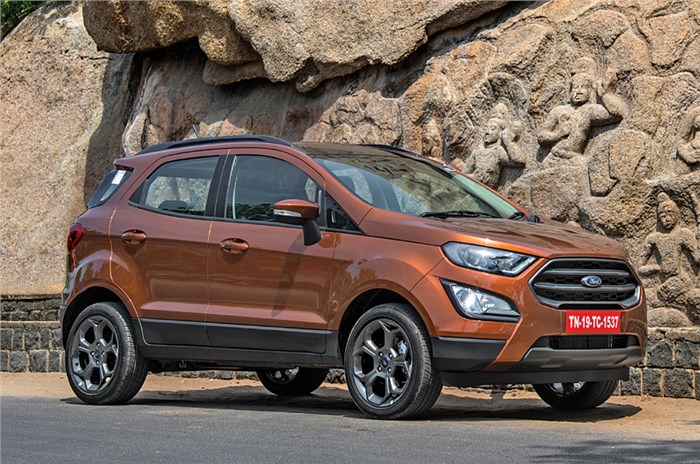 Ford has said that it will continue to offer diesel engines in its model line-up even after the implementation of the BS-VI emission norms in April 2020.

As per a PTI report, Ford India Executive Director, Marketing – sales and service, Vinay Raina said that the brand won't stop selling diesel cars post the implementation of the norms and it would have a range of BS-VI-compliant engines ready by April 2020. This will be in addition to the BS-VI-compliant petrol engines.

Ford currently offers three diesel engine options across its range – a 1.5-litre, four-cylinder unit powering models such as the Figo hatchback, Figo Aspire compact sedan and the EcoSport, alongside a larger 2.2-litre, four-cylinder and 3.2-litre, five-cylinder unit under the hood of the Endeavour. It, however, remains to be seen if all of these engines will be upgraded to meet the stricter emission norms.

This news comes following the announcement from Maruti Suzuki that it would phase out its diesel models by April 2020. The company had said that the increase in costs due to making its diesel engines BS-VI compliant would make their cars – especially its small cars – out of reach of buyers. However, its new 1.5 diesel could make a comeback post BS-VI, depending on customer demand.

The shift to BS-VI has raised doubts over the future of diesel cars in the country with many carmakers set to drop their smaller capacity diesel engines rather than upgrading to meet the new regulations.

Raina iterated that SUV buyers traditionally looked for diesel engines, citing that 65 percent of the current sales of the EcoSport were for the diesel model. He also said that despite the removal of subsidies on the fuel over the year, the demand continued and that Ford expected the same response post implementation of the norms.

Raina also mentioned that Ford launched the Aspire CNG – the company’s first CNG car – to make the shift from diesel possible in the future.

Earlier this year, Ford confirmed it was jointly developing a new SUV with Mahindra as part of its alliance with the brand. The all-new SUV is expected to come sometime in 2020 and will share it’s platform with the next-gen Mahindra XUV500 and also use Mahindra’s new-generation BS-VI-compliant 2.0-litre diesel engine.