The Xpres-T EV is based on the pre-facelift of the Tigor EV. 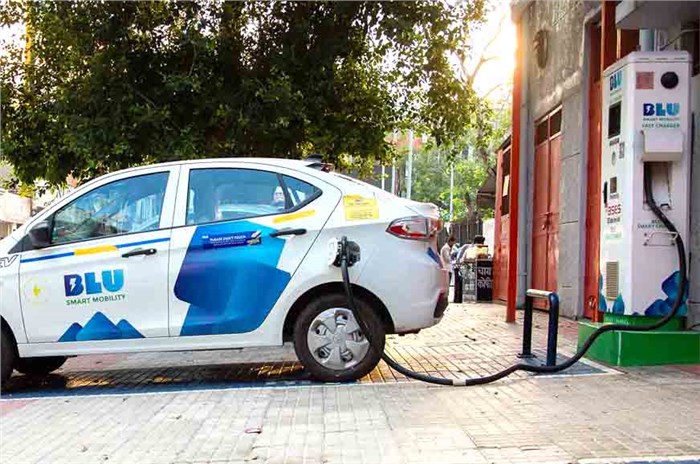 Tata Motors has bagged an order to deliver 10,000 Xpres-T to BluSmart Electric Mobility. This is over and above the previous order that consisted of 3,500 units of Xpres-T EVs making this India's largest EV fleet order.

An MoU related to this was signed between Tata and BluSmart on World Environment Day. BluSmart will use the X-pres-T for its cab services in many cities in India. The Xpres-T EV went on sale last year and is based on the pre-facelift version of the Tata Tigor EV. However, it is unclear which variant has been ordered by BluSmart.

The commercial-only Xpres-T EV comes with two battery options – 21.5kWh and 16.5kWh – with 213km and 165km of ARAI-claimed range, respectively, and is surpassed by the private buyer-focused Tigor EV that sports 306km of claimed range.

While the Xpres-T is the brand’s first dedicated all-electric vehicle for fleet operators, Tata Motors is expected to introduce more models under the Xpres brand in future.

As far as all-electric passenger vehicles go, Tata Motors has taken the lead with the Nexon EV, which is the bestselling electric SUV in India. The brand recently introduced the long range Nexon EV Max and also sells the Tigor EV in India. Tata Motors also unveiled two born electric concepts, Avinya and Curvv, which will spawn future coupe SUVs.

Discounts of up to Rs 60,000 on Tata Harrier, Safari, Nexon and more