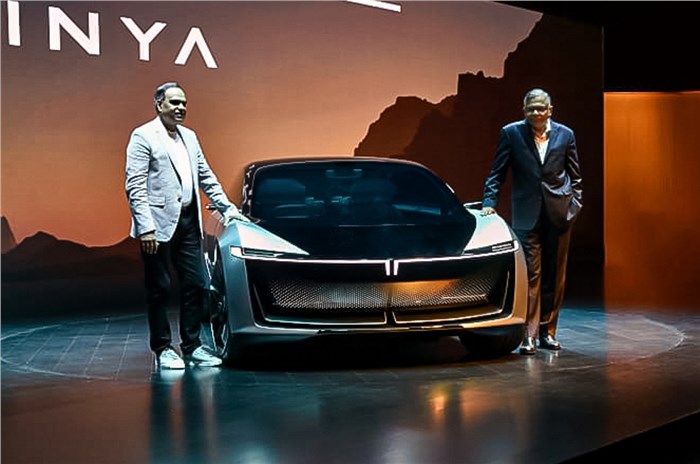 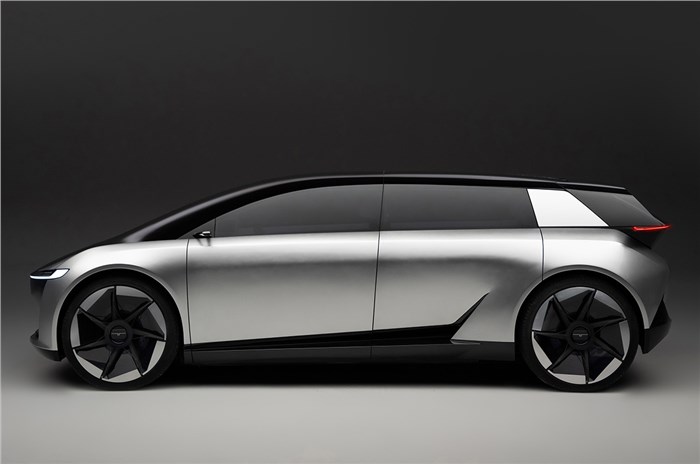 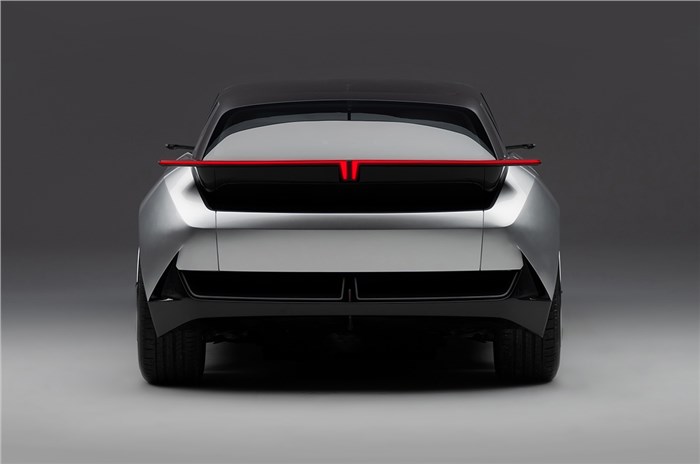 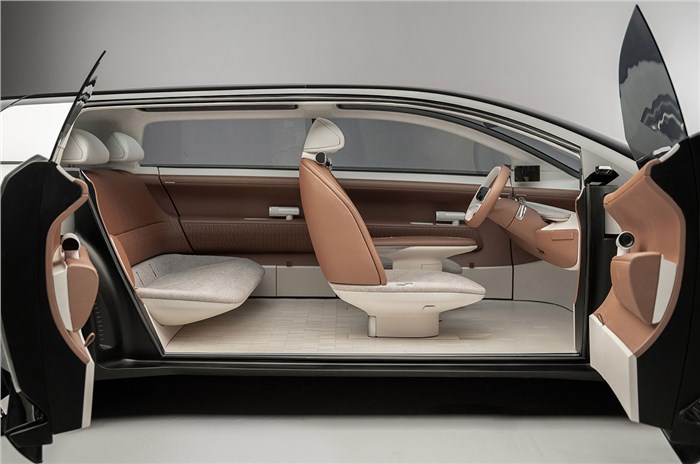 The Tata Avinya EV concept has just been unveiled and this forms third step in Tata Motors' electrification plan. The grounds-up new EV comes weeks after the Curvv concept that was showcased and uses the Gen-2 platform (a heavily modified version of the Internal Combustion Engine platform). According to Tata, the name is derived from the Sanskrit word Avinya, which means innovation.

We had also exclusively reported yesterday that Tata would reveal a new concept based on the ‘Born Electric’ platform, and our sources say that they have greenlit an electric Harrier equivalent model (code: Eturna) for production and is targeting an early 2025 launch.

Looking at the Tata Avinya, it’s clear that it's a purpose-built EV from the proportions and dimensions. The Avinya is Tata’s Gen-3 EV architecture, which is based around the battery and electric motors, allowing the carmaker to push out the wheels to the far corners and maximise the cabin space.

On the design front, the Avinya has a very distinct and minimalistic look, with extremely short front and rear overhangs that only help accentuate the long wheelbase. Up front, there is a full width LED light bar that is designed to resemble a stretched out 'T' logo, along with a uniquely lit solid grille section, slim headlight and smartly styled front splitter.

In profile, there is a strong shoulder line that runs the length of the car and ends at the floating section of the tail-light, accompanied by Rolls Royce-esque doors and a glass roof and blacked-out A pillars that provide a floating roof effect. At the rear end, the sleek full width tail-light mimics the look of the front lightbar and extends beyond the sculpted bodywork also giving it a floating effect.

Inside, there is a clean and very minimalist look to the cabin. There is no central infotainment screen on the dash; instead it has a slim, well-integrated screen in the dashboard above the sound bar, along with a new steering wheel that has an integrated screen for all the other information and controls. The far ends of the dash also have a screen to show the feed from the wing-mounted rear view cameras.

There is seating for up to five people with a plenty of legroom in both the rear bench style seats and the modern bucket seats up front that can swivel. Tata has also used sustainable materials throughout the interior and there is a neatly incorporated aroma diffuser in the centre armrest to add to the cabin’s unique ambience.

Tata’s Pure EV GEN 3 Architecture is set to offer next generation connectivity, advanced driver assistance systems (ADAS), enhanced performance and better efficiency. The platform has also been engineered to global standards with improved levels of water proofing and dust protection. Furthermore, the Tata Group will locally manufacture batteries, irrespective of the PLI, says chairman N Chandrasekaran. The battery used in the Avinya will support ultra-fast charging, with the ability to add a minimum 500km range in less than 30 minutes.

While this is a far-out concept at this stage, Tata will build a production-spec version of the Avinya concept, slated to enter our market by 2025. Chandrasekaran has also stated that Tata will benchmark the best EVs in order to make it a global product.

The grounds-up new EV comes weeks after the Curvv concept that was showcased and uses the Gen-2 platform : Here you say its Gen 2 and later in the article you say its GEN 3. Correction required I guess.

The grounds-up new EV comes weeks after the Curvv concept that was showcased and uses the Gen-2 platform : Here you say its Gen 2 and later in the article you say its GEN 3. Correction required I guess.