The production version of the Curvv EV SUV is set to launch in India within the next two years. 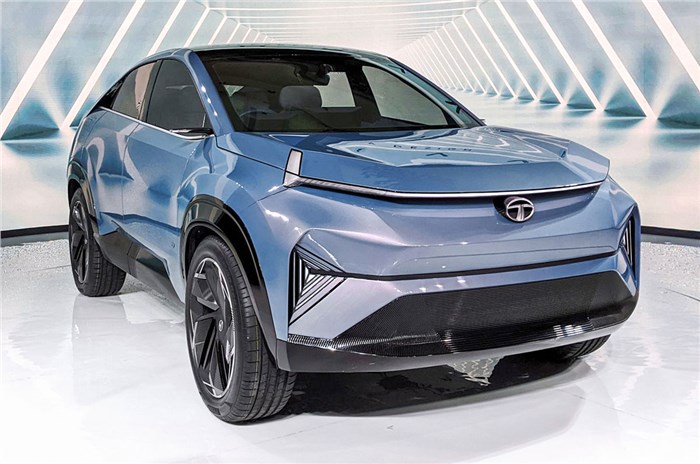 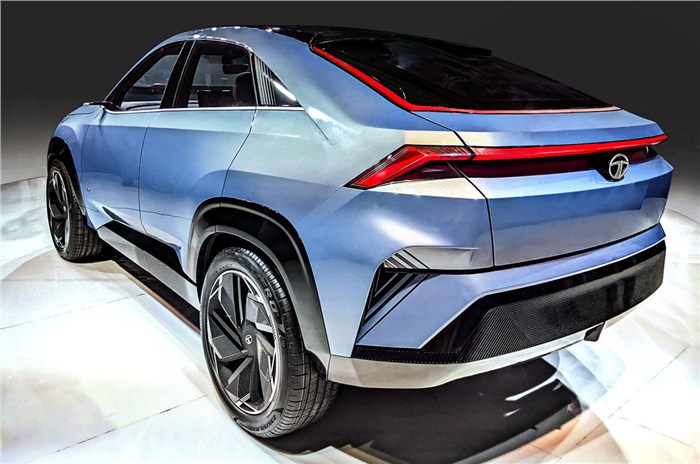 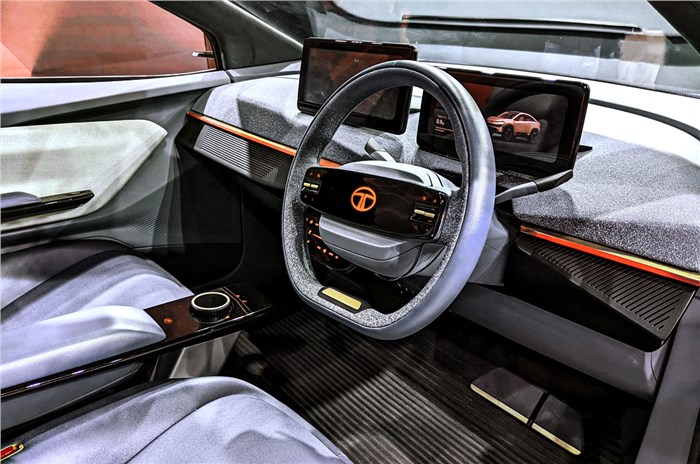 The covers have just come off the new Tata Curvv concept – an electric SUV coupe that will be positioned above the Nexon EV in Tata’s line-up. As we had previously reported, the new Curvv will be a midsize SUV coupe.

While the final name for the production-spec SUV hasn’t been decided yet, the model is set to be launched in our market within the next two years.

The Tata Curvv concept is one of three new product introductions by the brand this month. The long-range Nexon EV is slated to launch on April 20. Tata Motors is expected to showcase another product on April 28, 2022.

In terms of styling, the new Curvv concept showcases Tata’s new ‘Digital’ design language that is set to be used by the rest of its SUV range down the line. From the front, the Curvv concept has a striking and minimalist look with a full length LED light bar, a neatly sculpted bumper with triangular housings for the headlights.

In profile, we can see the coupe’s sloping roofline that neatly integrates into the Curvv’s notchback-styled boot as well as a strong shoulder line, squared-off wheel arches and body cladding that add to the SUV’s ruggedness. At the rear, various design elements from the front end have been mimicked, like the full-width light bar tail-light, an angular bumper and triangular air vents.

The Curvv concept is also going to use Tata’s Generation 2 EV architecture, which has been designed to accommodate multiple bodystyles and powertrain options. The Gen 2 architecture, similar to the Gen 1 architecture seen in the current Nexon EV, uses existing Tata platforms, but heavily modifies them to fit larger batteries and different powertrain options. The Curvv’s platform will also be capable of being fitted with a dual motor set-up giving it an all-wheel drive layout.

Tata is not planning on offering a hybrid version of the Curvv, instead it will be launched as an EV with an internal combustion engine (ICE) version to follow later. The production-spec Curvv is also expected to achieve a certified range of 400-500km.

On the inside, the Curvv concept sports a clean and minimalist design all throughout the cabin. There is a sculpted, three-layer dashboard that consists of a fabric material on top, a LED light strip running the width of the cabin and a black, angular section at the bottom.

Some of the standout design elements on the dashboard include the two free-standing digital screens – one for the infotainment system and one for the instrument cluster, along with the new two-spoke steering wheel design. The cabin also features a panoramic sunroof and floating centre console layout with a gap between the climate control switches and the area that houses the rotary gear selector and centre armrest.

In the coming weeks, Tata is gearing up to introduce the new long range versions of the Nexon EV and Tigor EV that will both feature a larger battery. As we had also previously reported, an all-electric version of the Sierra SUV is also in development and it is going to be Tata’s first dedicated EV based on the new Sigma pure-EV platform. This platform will be part of Tata’s Gen 3 EV architecture which will be developed around the battery pack and won’t support combustion engines.

The carmaker is also looking to increase its production capacity to 5 lakh units a year following its recent sales successes.

The front looks like someone forgot to close the bonnet properly.

The front looks like someone forgot to close the bonnet properly.