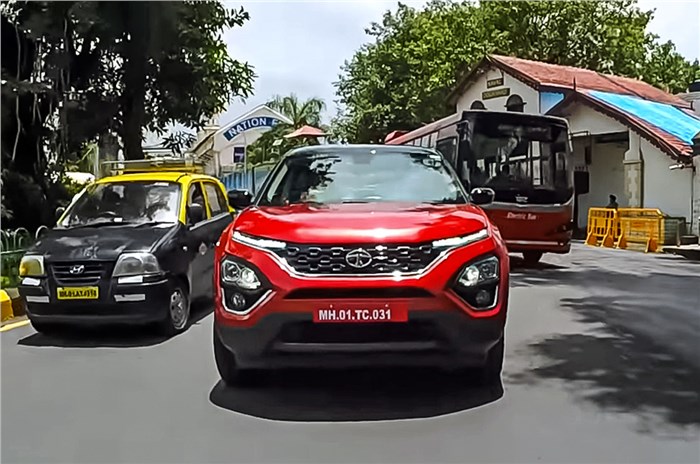 Based on our real world tests, here’s a look at the Tata Harrier’s mileage figures.

The handsome Tata Harrier has been soldiering along in its segment despite being a diesel-only offering. Its striking design, spacious and well-appointed interiors, and tough construction has been winning buyers over, and this SUV’s appeal has further widened after the introduction of an automatic transmission in its portfolio. Special editions like Camo and Dark, add spice to its packaging. We now tell you how much distance you can expect to average on a single litre of fuel, in a BS6 Tata Harrier.

What is the real-world fuel efficiency of Tata Harrier?

In our real world tests, the manual version returned 10.8kpl and 15.3kpl in the city and highway, respectively, an improvement of 1.0 and 1.1kpl compared to the BS4 140hp version. In the same test, the automatic managed a rather respectable 9.6kpl and 14.4kpl. 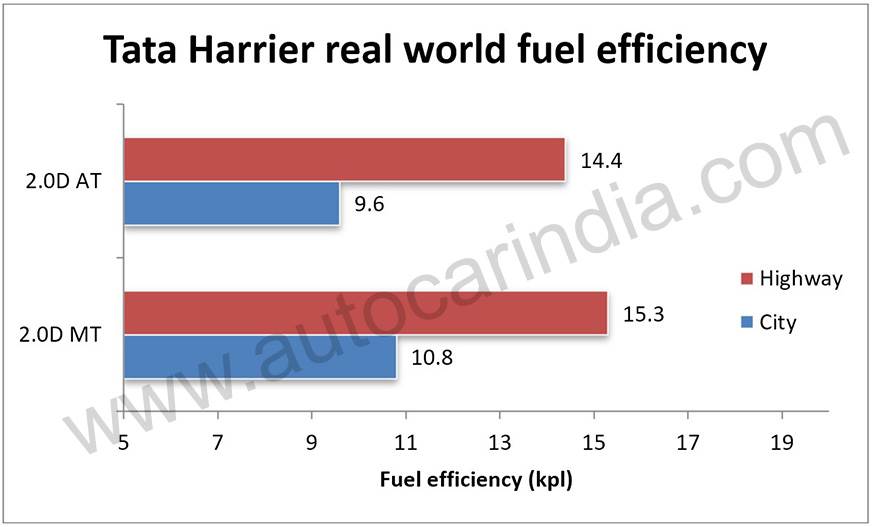 For the transition to BS6, this FCA-sourced 2.0-litre diesel engine has been tuned a bit differently and power has been bumped by 30hp to 170hp (thanks to a new turbocharger). Its on-boost performance feels a bit more effortless, so you won’t need to work the gears much to lug this 1,710kg SUV around town. The presence of an Eco mode dulls down its performance in the interest of efficiency, but the good news is that under heavy throttle inputs, the Eco mode performs just like the City or Sport mode.

The bigger surprise however is the Hyundai-sourced automatic transmission which returns an average of 12kpl (just 1.6kpl lesser than the manual), but it makes the drive experience so much nicer and more effortless compared to the manual, so it is a small compromise you will happily make. This automatic keeps the revs below 2,000rpm for the most part; the Eco mode performs similar to the manual. Its gear ratios are interestingly stacked with the first gear being rather tall, whereas gears two to five are shorter than the manual; but what’s really interesting is that only the sixth gear in the automatic is an overdrive gear, (ideal for relaxed, efficient cruising), versus the manual’s fourth, fifth and sixth. For reference, while cruising at 100kph in sixth gear, both the manual and automatic keep the engine spinning at 1,900rpm.