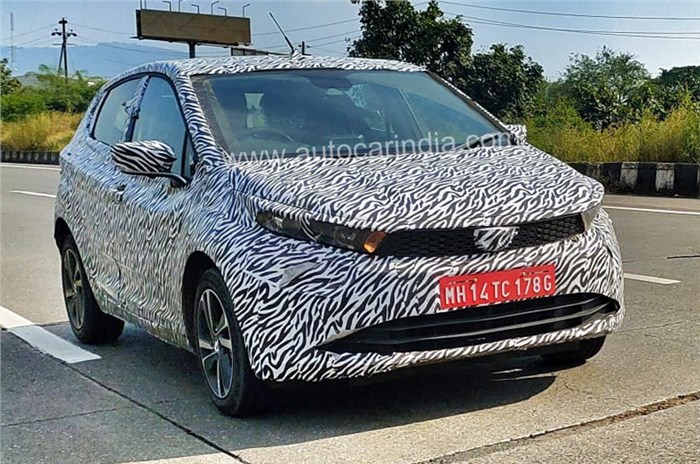 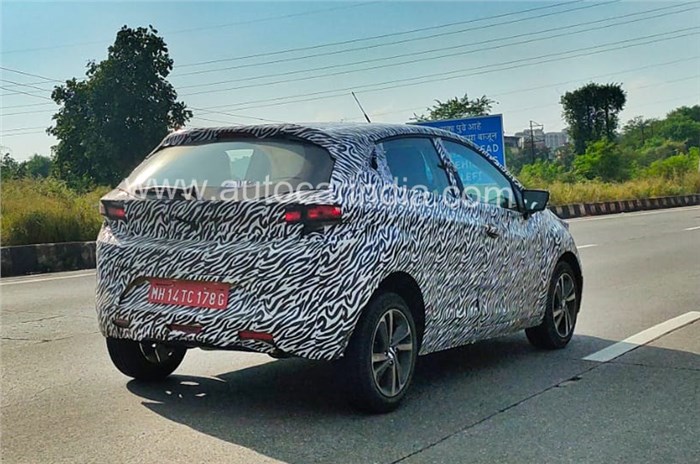 The hatchback will sport sharp styling and premium features; to be unveiled in December with India launch and price announcement slated for early 2020.

Ever since Tata unveiled the 45X concept at the 2018 Auto Expo and previewed a close-to-production version of the Altroz at this year’s Geneva motor show, the home-grown automaker’s upcoming hatchback has quickly become one of its most eagerly awaited launches. We now bring you a new set of spy shots of Tata’s premium offering in its final stages of testing that further add credence to the claims of the production-ready version closely taking after the model revealed at Geneva earlier this year.

The images confirm the Altroz will sport an edgy styling and leverage Tata’s latest ‘Impact Design 2.0’ theme. The front end will be dominated by sweptback headlamps flanking a sleek grille with the company’s trademark ‘humanity line’ stylistic touch. Interesting design cues in the side profile will include a rising window line with sharp kinks at both the front and rear. The heavily sculpted tailgate will get a blacked-out section with neat-looking tail-lamps. However, the alloy wheel design could be a simpler one when the hatch ultimately hits showroom floors.

At Geneva, the company revealed that the Altroz measures 3,988mm in length, 1,754mm in width and 1,505mm in height with a 2,501mm-long wheelbase. Compared to its closest rivals, the Tata pulls up short with the smallest wheelbase, which suggests that rear legroom will not be class leading. However, the Altroz does make up for this by being the widest in the segment. A boot capacity of 341 litres is par for the course in this class of car.

The Altroz will be the first model in the carmaker’s line-up to use the new ALFA (Agile, Light, Flexible and Advanced) architecture, which holds the promise of enhanced rigidity and a light weight; the base petrol Altroz is touted to weigh all of 961kg – just 31kg more than the smaller Tiago. This should help it deliver better performance and fuel-efficiency figures.

On the inside, the premium hatchback will get a neatly designed dashboard that's centred around a free-standing 7.0-inch touchscreen with Apple CarPlay and Android Auto. A leaked teaser video earlier this year had further confirmed that the upcoming model will get new-age features like ambient lighting around the centre console (a segment-first feature) and a Harrier-like instrument cluster with a digital tachometer and an analogue speedometer. Even though the part-digitised instrumentation will currently be a first-in-class feature, the Altroz is set to be one-upped by the next-gen Hyundai i20’s fully digital unit.

The Altroz was initially expected to hit showrooms during the festival season earlier this year. However, Tata decided to push back the timeline so that a BS6-compliant model could be brought to the market. As such, the production-ready Altroz will see its public debut in the first week of December, with a price announcement scheduled for early 2020. At launch, the hatchback is expected to be available with an 85hp, 1.2-litre, naturally aspirated petrol engine from the Tiago and a detuned version of the Nexon’s 1.2-litre turbo-petrol motor calibrated to put out 102hp (it produces 110hp in the compact SUV). There is also the possibility of Tata introducing a 90hp iteration of the Nexon’s 1.5-litre diesel engine, which makes 110hp in the larger model. While a 5-speed manual gearbox will be standard at the time of launch, an automatic option could be introduced at a later date.

In order to give the competition a tough fight, expect Tata to price the Altroz in the Rs 5-8 lakh (ex-showroom) range, thereby undercutting the likes of the Maruti Suzuki Baleno, Hyundai i20, Honda Jazz and Toyota Glanza.