The Altroz DCT will be a direct rival to the Hyundai i20 DCT; will also take on the likes of the Glanza and Baleno AMT and the Jazz CVT in India. 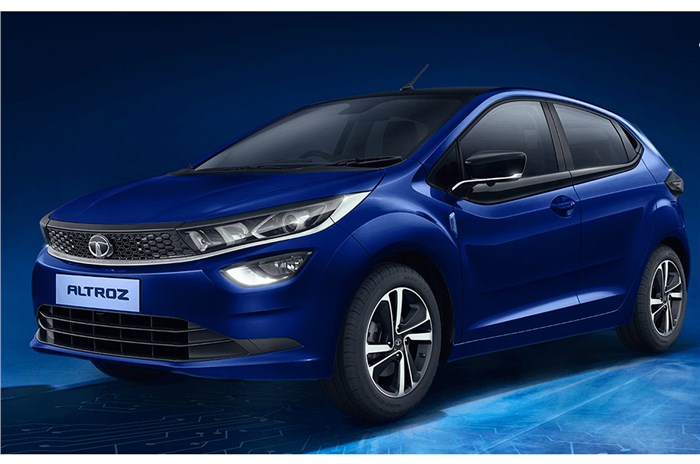 The Altroz will also be updated with a new Opera Blue paint shade.

After being on sale for over two years, Tata Motors is finally going to offer the option of an automatic gearbox on the Altroz hatchback. Slated for launch on March 21, bookings for the Altroz DCT are currently underway for a token amount of Rs 21,000. The DCT gearbox on the Altroz will be offered on the 86hp, 1.2-litre naturally aspirated petrol engine.

A new 7-speed dual-clutch gearbox will be offered with the 1.2-litre, three-cylinder, naturally aspirated petrol engine on the Altroz. This engine produces 86hp and 113Nm of peak torque with the manual gearbox, although specific output with the DCT gearbox is yet to be revealed.

Incidentally, Tata first started testing the DCT gearbox with the more powerful, 110hp, 1.2-litre turbo-petrol engine on the Altroz. In fact, back in December 2020, we reported with the first spy photos of the Altroz DCT. However, that engine-gearbox combination was proving to be too expensive for our market, which would have likely priced it above its direct rival, the Hyundai i20 DCT.

The turbo-petrol engine, as well as the diesel engine, will thus continue to be manual-only.

Tata is also expected to offer a larger touchscreen on the higher variants of the Altroz DCT, thanks to a reduced bezel on the current 7.0-inch screen. As already mentioned, the Altroz DCT will be offered on the XT, XZ, XZ+ and Dark Edition variants, and apart from the larger touchscreen, the equipment list will be carried forward as is. Meanwhile, the Dark Edition variant will carry forward its all-black treatment for the exterior and interior. With this update, Tata Motors will also be adding a new shade of blue to the entire Altroz range.

Upon launch, the Altroz DCT will rival the likes of the Hyundai i20 DCT, Maruti Suzuki Baleno AMT, the recently launched Toyota Glanza AMT, Honda Jazz CVT and the Volkswagen Polo AT. It’s worth noting that the DCT unit on the Altroz is significantly more sophisticated than the CVTs and AMTs on the Jazz, Baleno and Glanza. The i20 is the only other hatchback in this segment with a DCT gearbox.

Would you pick the Altroz DCT over any of its automatic rivals? Let us know in the comments below.