This is the second made-in-India Maruti Suzuki model, after the Swift, to get a zero star rating. 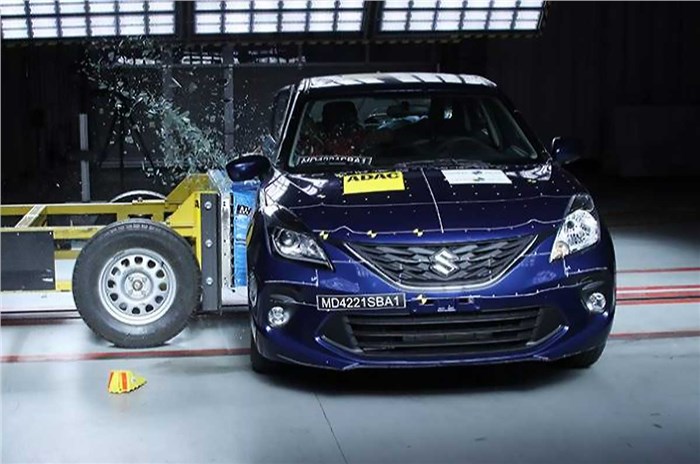 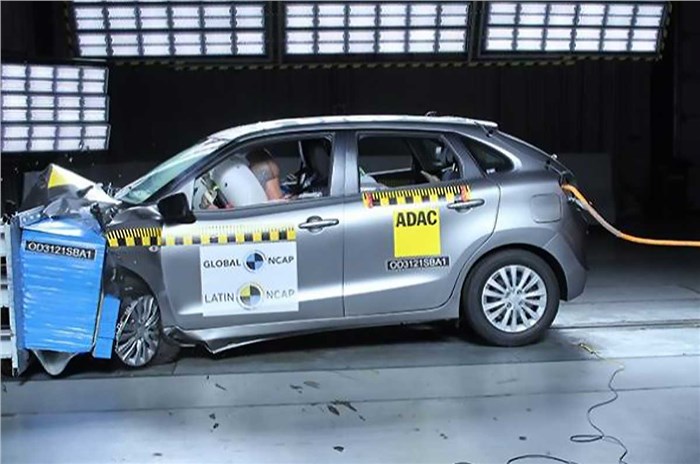 The made-in-India Maruti Suzuki Baleno has just been put through the Latin New Car Assessment Programme (Latin NCAP) crash tests and emerged with a score of zero stars. The model tested was manufactured at Maruti Suzuki’s plant in Gujarat and exported to the Latin American markets. Earlier this year, another made-in-India Suzuki car, the Swift, got a zero star rating.

In terms of safety equipment, the base trim of the Baleno tested by Latin NCAP had two airbags, seat belt pretensioner, seatbelt reminder, ISOFIX points on the outer rear seats and ABS.

Due to this, the Baleno scored only 20 percent in the adult occupant protection test with its only points coming from the frontal offset test scoring 8 out of 12. It was rated zero points in two other categories – the whiplash rear impact test and side movable deformable barrier test. Latin NCAP skipped the side pole impact test as the car did not get side head protection as standards.

The child occupant protection test yielded a worse result, with the Baleno scoring only 17 percent. For the safety restraints installation category, the Baleno scored 4.36 out of a possible 12 points, while it secured only 4 points out of 13 in the vehicle assessment test. In the actual dynamic tests, the Baleno scored zero out of 24 points.

Lastly, the worst category for the Baleno was the safety assists section, where it received a 6.98 percent rating. Its only points came from the seat belt reminder system, without which it would have received zero points as it didn’t have a lane keep system, road edge detection, blind spot detection, ESC or any autonomous emergency braking features.

It is worth mentioning, in the testers comments, that the bodyshell and driver and passenger footwells were rated as stable after the frontal offset collision test.

Has the Suzuki Baleno been crash tested before?

The made-in-India Maruti Suzuki Baleno has been tested by the Euro NCAP back in 2016, when it was originally introduced, and managed to secure a three-star rating. However, a point to note is that the car tested was a European-spec model equipped with more safety features like 6 airbags and ESC as standard, and the tests itself weren’t as rigorous.