New petrol-hybrid powertrain will be offered on S-Cross, Swift Sport and Vitara SUV in international markets. 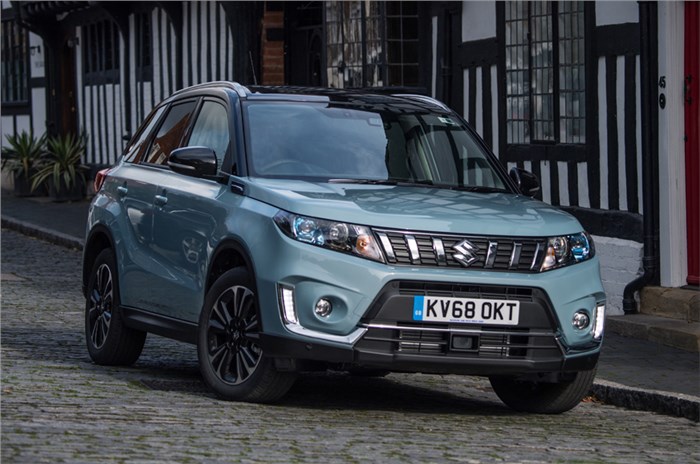 Suzuki has introduced a new 48V powertrain that will be offered on some of its models, early next year. This new powertrain system will be seen in the new K14D 1.4-litre Boosterjet engine in international markets. The new Suzuki K14D powerplant will replace the K14C unit that currently powers the S-Cross, the Swift Sport and the Vitara SUV sold abroad. According to the manufacturer, this new engine, coupled with 48V tech, will offer up to 20 percent lower emissions, more torque, and will be 15 percent more fuel efficient.

Suzuki goes on to say that the new powertrain is around 15kg lighter than the one it replaces, thus facilitating better fuel-economy numbers. It gets a 48V lithium-ion battery, an integrated starter generator (ISG) and a 48V-12V converter. The new powertrain’s ISG is belt-driven, like the previous setup, and will help the petrol engine by generating extra bottom-end torque, offering around 235Nm from as low as 2,000rpm. Additionally, this new system will feature its battery placed under the front seats (just like the previous version); however, the key feature of this new system is that it will be able to propel the vehicle below speeds of 16kph on electric power alone, further improving fuel consumption.

There is no news on whether the new powertrain will come to India anytime soon. Maruti Suzuki, however, sells its mild-hybrid powertrains in two iterations – a single-battery setup seen in the Baleno's 1.2-litre BS6 DualJet engine and the 1.5-litre, dual-battery mild-hybrid system fitted in the Ciaz and Ertiga MPV. The 1.5-litre BS6-compliant petrol engine with this system will also find its way in the Vitara Brezza and the S-Cross in India in the coming months.