One-off concept gets sportier looks, along with unique design touches; no interior or engine details revealed. 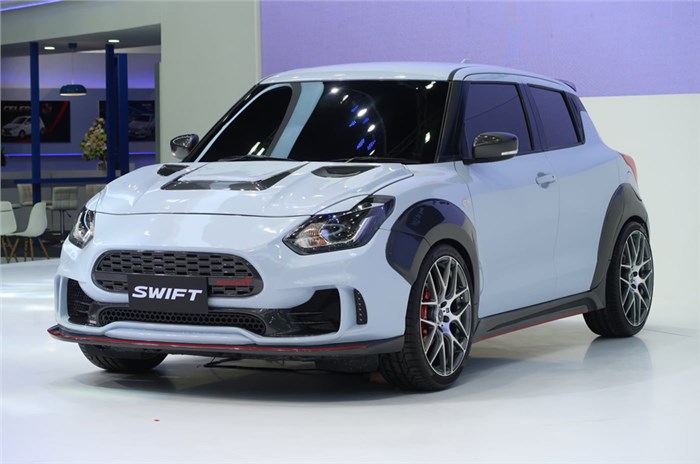 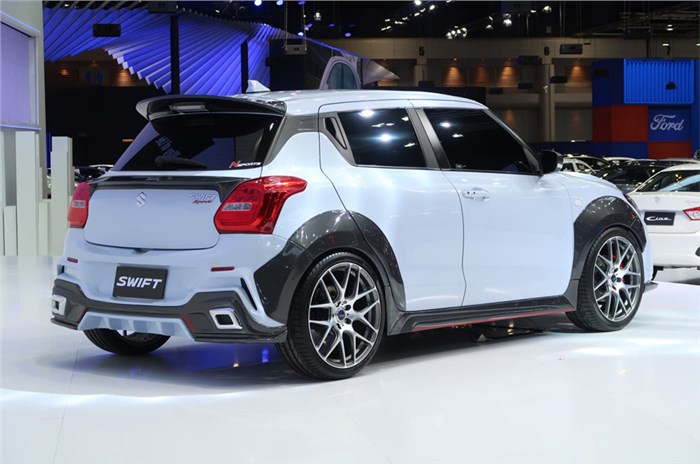 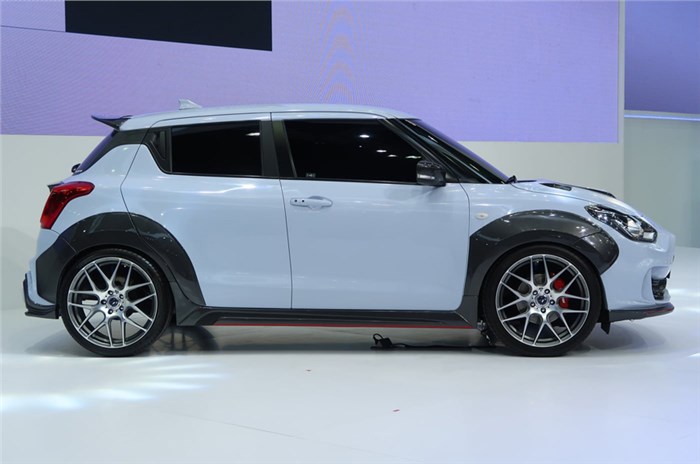 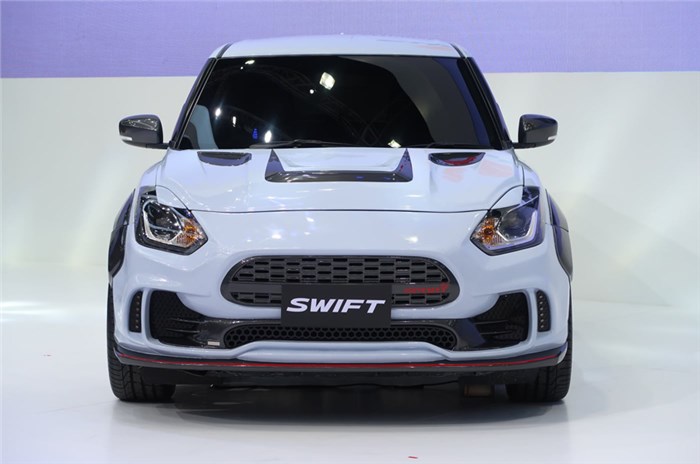 Since the launch of the first-gen model, the Swift has been a global hatchback for Suzuki. The same is true for the third-gen model that is on sale in markets across the world. Now, the company has showcased a one-off Swift Extreme concept at the ongoing Thailand International Motor Expo 2019.

The changes to the concept are quite noticeable. Up front, the grille is smaller and features a mesh design, with the bumper sporting prominent air dams and a lip-spoiler element with a red highlight. The headlamp’s feature body-coloured panel extensions along the upper inside edge, giving the impression on the bonnet line extending into the units. The bonnet itself features black trimming at the centre, giving it the impression of a pseudo power bulge with air vents on either side.

Down the sides, the Extreme concept gets gloss-finished fender extensions – which look similar to the cladding on an SUV – and the door sills get similar cladding. The wheel arches are filled by the massive, multi-spoke alloy wheels.

Round the back, the sportier styling continues, with a prominent roof-mounted spoiler (again, finished in gloss black), gloss-black trim running between the tail-lamps and a new bumper with a faux-diffuser element and integrated squared-out exits for the exhaust at either corner.

There are no details visible in regards to the concept’s cabin or engine given the showcar's heavily tinted windows.

The Swift has been on sale in India since its initial launch in 2005 and the current third-gen car was launched at the 2018 Auto Expo. The currently available model for India gets a choice of two engine options – a BS6-compliant, 1.2-litre petrol motor and the soon-to-be-discontinued 1.3-litre diesel engine.

The Swift has remained a strong seller for Maruti Suzuki in India and has been constantly featured in the list of 10 bestselling cars every month. The hatchback rivals the Ford Figo and the Hyundai Grand i10 Nios in India – and we also recently compared the three cars.

Up to Rs 1.18 lakh off on Maruti Suzuki S-Cross, Ignis and Baleno