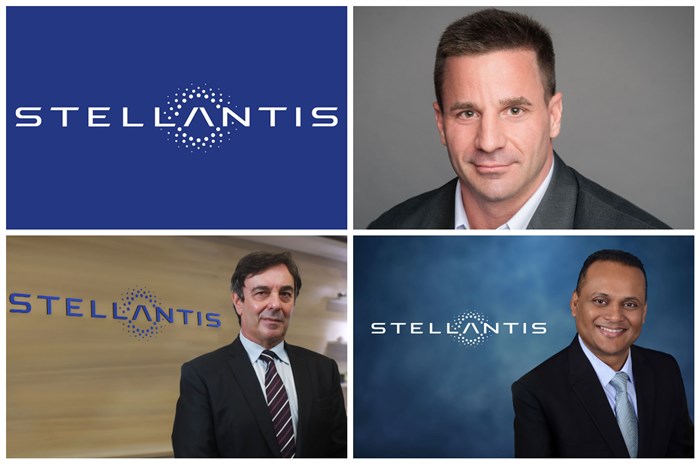 Roland Bouchara has been appointed to the role of CEO and managing director for Stellantis in India. He will take full responsibility for the Jeep and Citroen brands, and for the Group’s manufacturing operations.

Since 2017, Bouchara has led Citroen India’s operations in his capacity as senior vice president of sales and marketing. This included the end-to-end execution of the Citroën brand’s recent launch in our market and its first product in India – the new Citroën C5 Aircross.

Bouchara has a strong and diverse experience in international automotive and consulting businesses. Prior to joining Groupe PSA in 2017, he held several key leadership positions at Renault including, managing director UK, head of Europe NSCs (Germany, UK, Spain and Italy), and SVP sales and marketing for Asia Pacific and China.

Dr. Partha Datta assumes responsibility for engineering, design, research & development (R&D) operations across the India and Asia Pacific region. Since 2019, Partha has led FCA India as president and managing director, including the launch of the new Jeep Compass and locally assembled Jeep Wrangler.

Partha joined FCA in 1999 as an engineer. Over the past twenty years, he has worked in senior leadership positions across international industrial and commercial operations, governance, business development projects, engineering and vehicle integration. During his tenure at FCA, Partha was also the director of technical centres in Chennai and Pune, as well as the head of product engineering in China.

Regarding the appointments, Smiley said, “I’m very pleased to announce both Roland and Partha in their new roles for Stellantis. An accomplished international sales and marketing executive, Roland brings a wealth of commercial experience to his new role as CEO and managing director in India. He will be responsible for developing and expanding Stellantis’ brands, network and business operations in India - a key growth market of focus for the company globally.”

“With his extensive innovation and product development experience, Partha was the ideal candidate to lead Stellantis’ engineering, design and R&D operations for the region. Partha was instrumental in delivering the Jeep brand’s localised product plan in India and will lead a team focused on delivering the regional product strategy, coupled with identifying and delivering new opportunities for growth,” said Smiley.

Both Roland and Partha assume their new roles effective immediately.

In India, Jeep currently has the Compass and the Wrangler on sale and has plans to introduce a three-row Compass-based SUV (called the H6) – to rival the likes of the Volkswagen Tiguan Allspace and Skoda Kodiaq – and a compact SUV in the near future. Jeep’s rival to the Kia Sonet, Hyundai Venue and Tata Nexon is expected to be the first compact SUV to get an AWD system.

French brand Citroen’s C5 Aircross will act as a demonstrator for what the company is capable of. However, Citroen is working on its C-Cubed programme which will see the introduction of made-for-India models, starting with a compact SUV codenamed C21. Although the C5 Aircross is powered by a 2.0-litre diesel engine, Citroen’s C-Cubed cars will be primarily petrol-powered. A Hyundai Creta-rivalling midsize SUV is also in the works but is not expected to arrive until after 2022.