As part of its ‘Next Level’ strategy, the Czech carmaker will launch three new full EVs and aim to reduce its fleet emissions significantly by 2030. 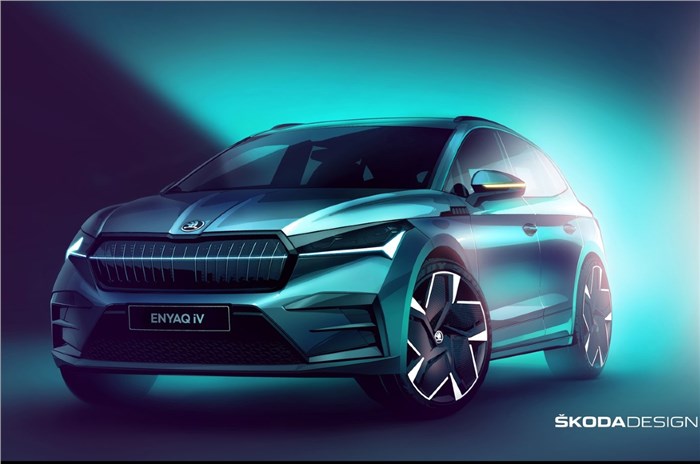 Skoda has laid out ambitious plans to become one of the five bestselling carmakers in Europe, expand its EV line-up, and reduce its fleet emissions by more than 50 percent, all by 2030.

Under the Next Level banner, the Czech brand aims to provide "modern accessible mobility with everything you need and surprises you love", through three overarching objectives: expand, explore and engage.

In line with its goal to achieve a pure-EV market share of between 50 to 70 percent in Europe by 2030, Skoda will introduce three new fully electric models.

It has yet to detail these new cars but has previously hinted that it will follow the 2022 Enyaq Coupé with a compact crossover and is likely to use the Volkswagen Group's upcoming MEB-Lite platform for a small urban EV.

Skoda is working to transform its Czech home market into a dedicated "electromobility hub", wherein its Mladá Boleslav, Kvasiny and Vrchlabí factories will be repurposed as production facilities for EVs and associated components. This process will begin in 2022, when Skoda takes production of EV batteries in house to supply the Enyaq iV. The firm already produces drive batteries for its Superb and Octavia plug-in hybrids locally, as well as units for several models from other Volkswagen Group brands.

Aside from its European-market goals, the brand wants to become the bestselling European manufacturer in India, Russia and North Africa by 2030 – which has the potential for 1.5 million sales per year. As part of this plan, Skoda is set to offer the Kushaq, its new made-in-India midsize SUV, in other emerging markets.

Together, the strands of the Next Level strategy will help Skoda achieve its objective of reducing fleet emissions by more than 50 percent, compared with 2020 levels, by 2030. From that point, all Skoda vehicles produced in the Czech Republic and India will be net carbon-neutral – an objective already achieved by the firm's Vrchlabí plant.

In India, Skoda has just launched the fourth-gen Octavia sedan, with prices starting at Rs 25.99 lakh (ex-showroom, India). This will soon be followed by the launch of the all-new Kushaq midsize SUV, which is set to arrive in the coming weeks. Skoda has already begun production of the Kushaq at its Chakan plant. By the end of 2021, the carmaker is also expected to debut its all-new midsize sedan, which will replace the Rapid.

In terms of electric cars, Skoda is unlikely to bring the Enyaq EV to India – due to the high cost that will accompany it with both, the CBU and CKD routes. However, the carmaker is evaluating a mass-market EV for India.