The battery electric vehicle will be positioned as a mass market product and not a niche offering; launch still some time away. 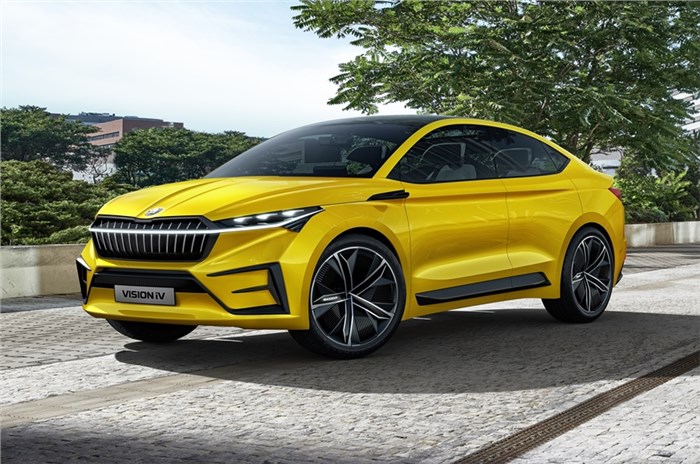 With the need for sustainable mobility gaining momentum, many auto majors in India have announced strategies for bringing in electrified models into the market. Czech automaker Skoda is the latest to reveal its EV plans for India. At a recent event that saw the launch of the Skoda Karoq, Superb facelift and Rapid 1.0 TSI, Skoda India boss Zac Hollis confirmed that the company is evaluating a ‘new energy vehicle’ for India. However, the model’s market debut could still be some time away. “Long term, I would like to see a mass market EV from Skoda,” he said. “When we get there, I don't know. But that's the long term objective I would like to see – a mass market EV.”

Skoda already offers a battery electric vehicle (BEV) – the Citigoe iV – in international markets. The 3.6m-long hatchback is powered by an 83hp electric motor and has a range of 225-274km on a single charge. The automaker is also working on the Enyaq all-electric SUV that is touted to sport battery packs with capacities ranging from 55-82kWh.

However, both these models will prove to be too costly for the Indian market. Hollis mentioned that the company’s intent is not to bring in a niche EV as they would sell in very small volumes and would effectively blunt the purpose of having more sustainable products in the line-up.

As part of its ‘India 2.0’ project, Skoda is aiming to play a more mainstream role in our market and consequently, would look at something more specific for India. Localisation would be key to its EV strategy. Battery packs form a bulk of the cost of an electric vehicle and as such, direct import of batteries would not be in-sync with Skoda’s plans. Localisation of essential components will play a crucial role in bringing down costs. Moreover, taking the lead in the Indian EV market will be a significant move for Skoda since within the VW Group, it is Volkswagen that has assumed the charge of spearheading the conglomerate’s global electrification strategy.

Though Skoda envisions having a mass-market EV in its line-up moving forward, the company doesn’t find a suitable business case in bringing in hybrids to the Indian market. “The issue with hybrid cars is the cost. Hybrid cars are very expensive, because you have both the technologies – the battery technology and the IC (internal combustion) petrol consumption technology – which would result in a much more expensive car to enter the marketplace. So no, we did not think of bringing a hybrid into India. The other thing is that there aren't any government incentives in India [for hybrids] that you have in other markets,” concluded Hollis.