The Chakan facility of Skoda Auto Volkswagen India on the outskirts of Pune will also begin production from June 1, 2020 onwards. 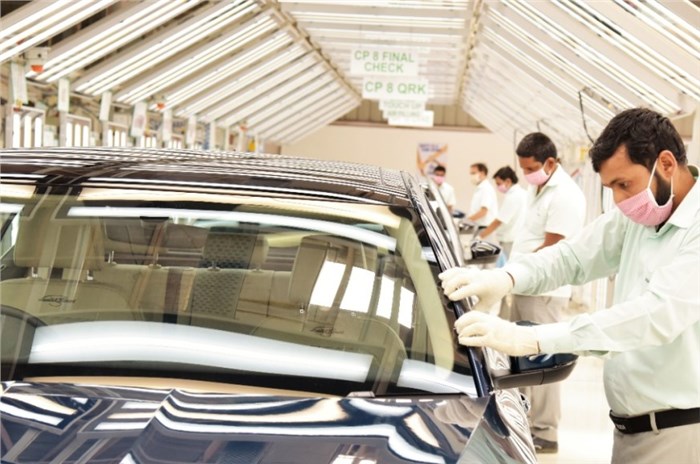 Skoda Auto Volkswagen India Pvt Ltd. has announced resumption of production at its Aurangabad plant. The soon-to-be launched Superb facelift is presently being built at the facility.  The company has also confirmed that its second plant, located at Chakan, on the outskirts of Pune, will begin vehicle production from June 1, 2020.

As part of recent government guidelines, the group has readied a 60-point standard operating procedure after consulting with medical experts, ahead of reopening its plants.

As part of this standard operating procedure, all employees are called on to measure their temperature at home every morning and go through a six-point health checklist before coming to work. It has been made mandatory to wear a face mask during travel and when at work. Numerous distance markers on floors act as guides to maintain social distancing during entry and exit.

Other provisions have been made for production staff like working in smaller teams and undertaking virtual training. Restrictions to prevent sharing of tools and the mandatory usage of gloves are some of the other measures enforced to keep personal contact (and thus, risk of infection) to a minimum.

The company has also increased the frequency of sanitisation, touch-free sanitisation stations, and rigorous employee awareness sessions to undertake protective measures like refraining from shaking hands, maintaining safe distances and regularly washing or disinfecting hands. Emergency contact information is being circulated too. Along with safety measures, employees are encouraged to download the contact tracing ‘Aarogya Setu’ app to help containing the spread of the disease.

Production at the Aurangabad facility has resumed in a single shift and has begun building the updated Superb, with production of other models to follow soon.

Apart from confirming the production restart of the updated Superb, the group has also confirmed development of the India 2.0 plan has also resumed, which includes made-for-India MQB A0 IN platform-based future vehicles. These include the upcoming Volkswagen Taigun SUV and the production-spec SUV based on the Skoda Vision IN concept, among a few others.