Skoda’s EV range will receive a coupe version of the Enyaq SUV as well as a smaller crossover. 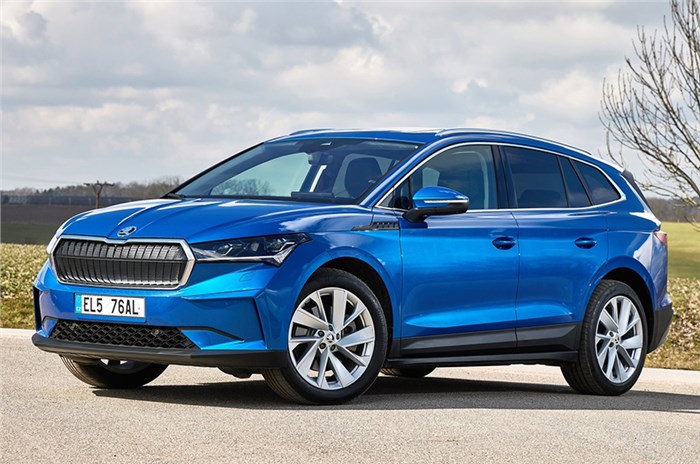 Skoda will expand its electric car line-up in the next few years with a coupe version of the Enyaq iV SUV and a new smaller model that’s set to take the form of a crossover.

The Czech firm recently introduced the Enyaq abroad, as its first bespoke EV on the Volkswagen Group’s MEB platform.

While virtually identical in size and specification to the Volkswagen ID 4, the Enyaq features a stretched wheelbase and a boot 42 litres larger, at 585 litres. Skoda’s design chief Oliver Stefani said that focus on luggage space reflects the popularity of the Octavia and Superb estates, adding that it will remain a design priority for the firm’s future electric cars.

Skoda is already working on a coupe derivative of the Enyaq, which will share the mechanicals and many features, though feature a new design. The Enyaq coupe has also already been seen testing abroad, and it is expected to join Skoda’s EV range sometime next year.

It’s expected that Skoda will follow the Enyaq coupe with a smaller MEB-based car that will be close in dimensions to the Volkswagen ID 3.

As with that hatchback, the new Skoda will offer only rear-wheel drive but three battery pack capacities and two power outputs.

With Skoda focusing on interior space, it is expected that the car’s dimensions will be stretched, giving it more of a crossover form to maximise interior capacity without dramatically increasing the footprint.

Skoda is unlikely to bring the Enyaq EV to India – due to the high cost that will accompany it with both the CBU and CKD routes. The same would apply to the Coupe derivative. However, the carmaker is evaluating a mass-market EV for India.

Additionally, the Czech automaker has just launched the fourth gen Octavia sedan in India with prices stating at Rs 25.99 lakh (ex-showroom, India). This will be followed by the launch of the all-new Kushaq mid-size SUV, which is set to arrive in the coming weeks. Skoda has already begun production of the Kushaq at its Chakan plant.