Deliveries for the new bookings are scheduled for the first quarter of 2023. 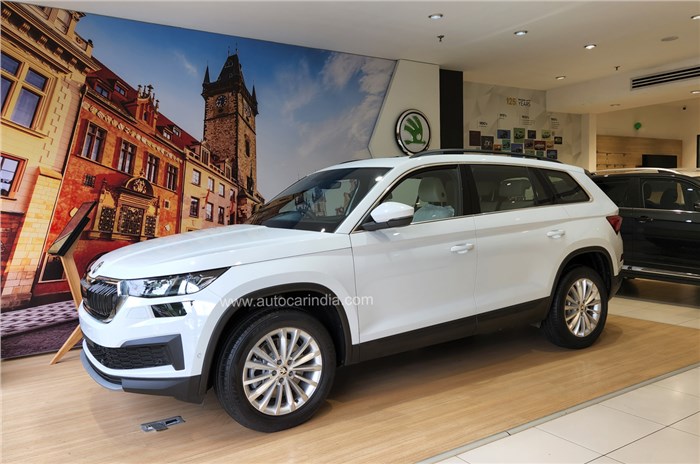 Skoda India had launched the 2022 Kodiaq on January 10 this year, but barely a few days later it announced that the SUV was booked out for the entire year. While deliveries have been ongoing since, the company has not accepted any fresh bookings. Skoda today announced that it has reopened orders for the Kodiaq, with deliveries scheduled for the first quarter of 2023.

When it launched the facelifted Kodiaq in India in January, the Czech carmaker planned for an import of 1,000 to 1,200 kits for the year. But despite having switched from diesel to petrol-only power, the quota was immediately sold out, catching everybody by surprise. This time around though, the company says it’s well prepared.

Speaking to Autocar India, Zac Hollis, brand director, Skoda India, said, “I can’t say how many [we have planned], but I can assure you and everyone that it is a good number of units and we will be able to satisfy the demand. While we are opening bookings for deliveries in the first quarter of 2023, we already have a plan in place for the rest of the year and will take orders quarter wise.”

Though Hollis says there can be a few small elements that may be changed, on the whole, the Kodiaq will remain unchanged. It will continue to come powered by the 190hp, 2.0-litre turbo-petrol engine, which is mated to a 7-speed dual-clutch automatic (DSG) and with power transmitted to all four wheels.

The Kodiaq will also retain its Dynamic Chassis Control (DCC) system that uses variable dampers to adjust ride quality. In terms of features, the top-spec L&K will offer the CANTON 12-speaker sound system, hands-free parking, a panoramic sunroof and a host of what it terms are its ‘simply clever’ features like blinds, blankets, nap rests and an umbrella holder.

The Kodiaq goes up against SUVs like the recently launched Jeep Meridian as well as the Citroen C5 Aircross, Volkswagen Tiguan while also potentially squaring up with other ladder-on-frame SUVs like the MG Gloster and the Toyota Fortuner.

What's next for Volkswagen India: ICE models or EVs?