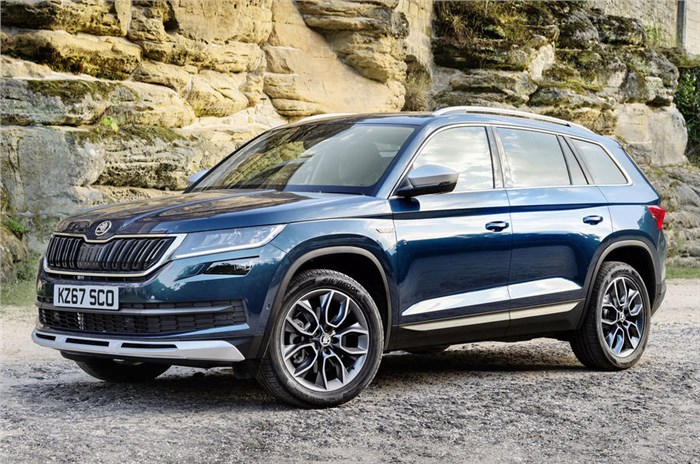 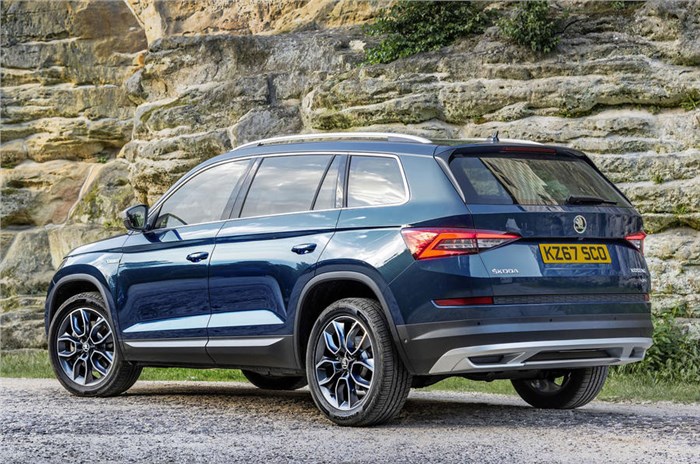 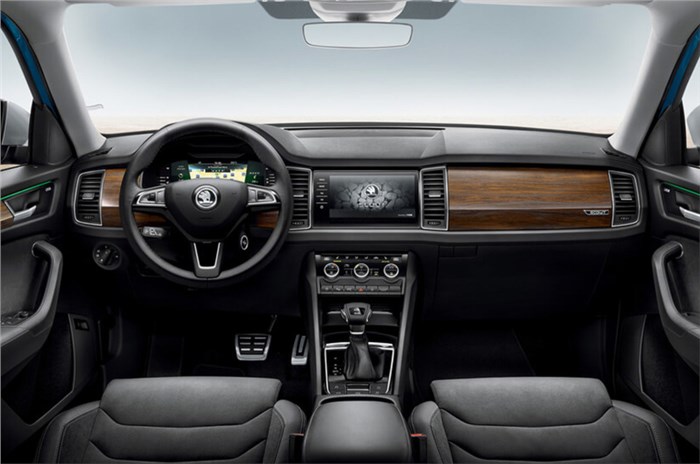 The Kodiaq SUV’s Scout variant will get more rugged looks and additional features. It is also likely to be positioned above the current range-topping L&K trim.

Skoda is preparing to launch a new variant of the Kodiaq – the Scout – which is a more off-road-focused version of the SUV. The Kodiaq Scout will be launched on September 30, 2019, and it will feature rugged looks and additional equipment.

While the India-spec Kodiaq Scout has not yet been revealed, there are a few areas where the off-road-focused version sold in the international market differs from the standard SUV. This rugged version gets an off-road styling pack that adds black plastic cladding with silver metallic inserts on the lower portion of the front and rear bumpers. It also sports 19-inch anthracite alloy wheels, ‘Scout’ badging on the outside, silver roof rails and ORVM covers.

On the inside, the Scout variant comes with many of the features seen in the current top-spec Kodiaq L&K variant, such as a 9.2-inch touchscreen infotainment system, wood inserts on the dashboard, and Alcantara upholstery on the seats, which also get a Scout logo. It is also likely to get the Virtual Cockpit digital instrument cluster that's already offered on the L&K variant.The Scout also sports an off-road driving mode, which is not seen on other variants.

Coming to the engine, the Scout in India will continue to use the same 150hp/340Nm 2.0-litre turbo-diesel that’s currently offered on the Kodiaq range; this motor comes paired to a 7-speed DSG automatic gearbox. It’s also worth noting that the international-spec Scout gets four-wheel drive as standard.

In terms of pricing, we expect Skoda to position the Kodiaq Scout above the current range-topping L&K variant. Rivals for the Skoda Kodiaq include the Honda CR-V and the Volkswagen Tiguan.