The 7-seat, sub-four-metre vehicle from the French automaker promises much by the way of practicality and versatility. 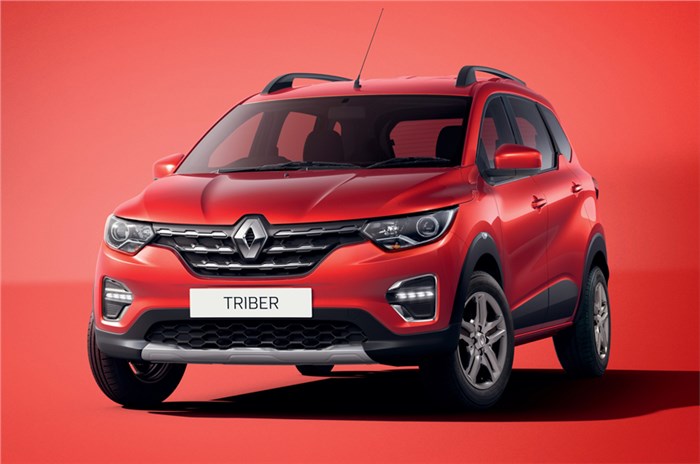 It has just been a few days since the Renault Triber made its global debut in New Delhi; and now we can confirm that the French offering will be launched in our market in early August 2019. Effectively the carmaker’s first all-new product in the country in nearly two years, the Triber is a crucial part of the model offensive that Renault has planned for India to double its sales in our market by 2022.

For the uninitiated, the Triber is built on the CMF-A+ platform and bears a strong resemblance to the Kwid, up front. The crossover’s upright profile at the aft helps liberate space for passengers in the third row. Functional roof rails and black cladding all around give it a utilitarian appeal. The Triber is the only other offering in the Indian market (besides the Datsun Go+) with an overall length just shy of the 4m mark and the capacity to seat seven. The flexibility of removing the third row altogether – liberating a substantial 625-litre boot – gives the Renault an added dose of practicality.

On the inside, the dual-tone dashboard is dominated by a digital instrument cluster and an 8.0-inch touchscreen infotainment system, replete with Apple CarPlay and Android Auto. Features such as power windows, push-button start, a refrigerated centre console, AC vents and power sockets for all three rows, as well as power operated wing mirrors are all a part of the package. Dual airbags, ABS, rear parking sensors and a speed alert system round-off the standard safety equipment list, with a reverse parking camera and two more airbags available on the Triber's top-spec trims.

Power is drawn from a 72hp, 1.0-litre petrol engine, mated to either a 5-speed manual or a 5-speed AMT automatic gearbox. A 1.0-litre turbocharged petrol engine might also join the line-up, later on. Upon launch, the Renault Triber is expected to carry a starting price tag of about Rs 5.30 lakh (ex-showroom).