Kiger CVT waiting period is the highest among all variants. 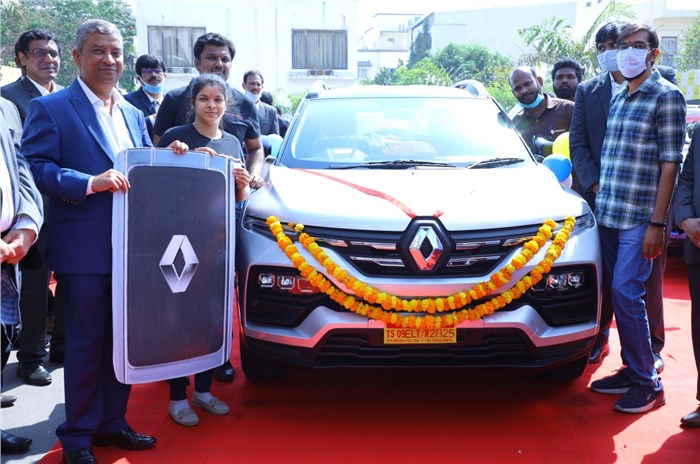 Renault India has commenced deliveries of its first compact SUV, the Kiger.  The company has confirmed that it has delivered 1,100 units of the SUV since Kiger prices were announced on February 15.

A few dealers we spoke to have revealed that the automatic variants of the Kiger are in high demand.  While the Kiger AMT (priced range Rs 6.59-8.00 lakh) can be delivered within a month at most locations, it’s the more expensive CVT variant (Price range Rs 8.60-9.55 lakh) that has a higher waiting period, with some outlets expecting it to go beyond two months. The reason for the delay could be due to the limited number of CVT gearboxes that are imported from Japan, and are used not just for Kiger, but also on the Magnite SUV, which also has a long waiting period.

The Kiger shares its underpinnings with the Nissan Magnite, which includes the CMF-A platform as well as the engine options. The engines include a 1.0-litre naturally aspirated petrol and a 1.0-litre turbo-petrol – the former comes with either 5-speed manual or AMT automatic gearbox options while the latter gets either a CVT automatic or a 5-speed manual. In contrast, the Magnite does not come with an AMT gearbox option and its 1.0-litre naturally aspirated engine is available with a 5-speed manual transmission only.