We have compiled the Magnite’s technical specifications below, to see how it stacks up against other compact SUVs. 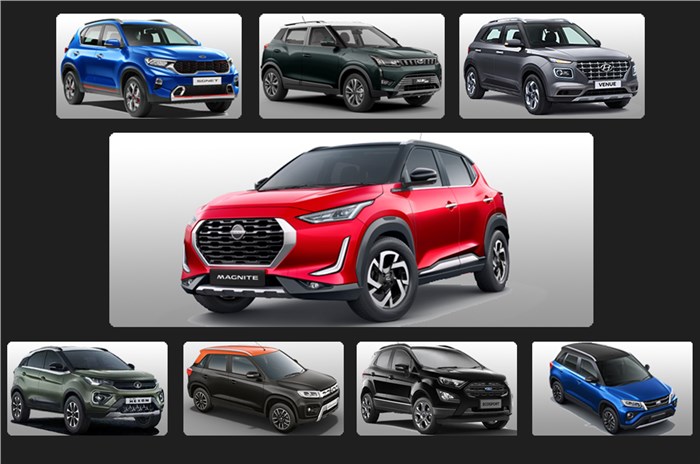 The Nissan Magnite has been launched in India with its prices starting at Rs 4.99 lakh and going up to Rs 9.45 lakh (ex-showroom, India). It is the newest entrant to the highly competitive compact-SUV segment where it competes with the likes of the Kia Sonet, Hyundai Venue, Mahindra XUV300, Tata Nexon, Ford EcoSport, Maruti Suzuki Vitara Brezza and the Toyota Urban Cruiser.

We have compiled all the specifications of the new Nissan Magnite and put it up against its rivals to see how it compares on paper in terms of dimensions and powertrain.

As we can see from the table above, in terms of length, all the offerings are fairly close together, as they have to measure under 4 metres to compete in the segment. At 3994mm the Nissan Magnite and Tata Nexon have the shortest lengths in the segment, while the Ford Ecosport is the longest model (though only by a small margin).

We can see a similar pattern with the width and height of the Magnite, which are the lowest in the segment, but again, not by a massive margin. It is the Mahindra XUV300 that is the widest model of the lot, while the Kia Sonet and Ford EcoSport are the tallest.

The wheelbase of the Magnite (2500mm) is on par with most of the SUVs in the segment, barring the Nexon which is has the shortest wheelbase (only by 2mm), the EcoSport which is 19mm longer and the XUV300 which is 100mm longer than the Magnite, giving it the longest wheelbase in this comparison.

In terms of naturally aspirated petrol engines, the Nissan Magnite’s 72hp, 1.0-litre unit is the least powerful in the segment, with the Ford Ecosport’s 123hp, 1.5-litre unit being the most powerful. Though, this can be attributed to the fact that the Magnite’s engine also has the lowest displacement.

While it might seem that the Magnite’s performance won’t match some of the other rival, it is worth considering that the Magnite is also one of the lightest models in this comparison. This in tandem with the engine’s outputs, makes for sprightly performance. You can read our Nissan Magnite review for a detailed report on how the SUV performs on our roads.

All the models – with the exception of the XUV300 - are also offered with an automatic gearbox option. The Magnite is the only model to come with a CVT automatic gearbox, while the Nexon is the only one with an AMT unit. The Venue and Sonet are available with DCT auto boxes while the Vitara Brezza, Urban Cruiser and EcoSport come with torque converter automatics.

We can also see that the Magnite’s naturally aspirated engine version has the highest ARAI claimed mileage figure (18.75kpl). This is an entire 2.85kpl more than the Ford EcoSport’s petrol-manual mileage (15.9kpl).

Even the Magnite’s turbo-petrol engine with a manual gearbox is the most efficient in the segment, returning 20kpl. This makes it 3kpl more efficient than the XUV300 and Nexon’s mileage – the turbo-petrol models with the lowest fuel efficiency figures.

However, the mileage of the Magnite with the CVT automatic returning 17.7kpl, doesn’t compare well to the other automatic models in the segment. The turbo-petrol powered Kia Sonet DCT (returning 18.3kpl) outperforms it, while the segment best figures come from the Vitara Brezza and Urban Cruiser (returning 18.76kpl) thanks to their mild-hybrid tech.

It is also worth mentioning that the Kia Sonet, Hyundai Venue, Mahindra XUV300, Tata Nexon, and Ford EcoSport are also available with diesel engines. 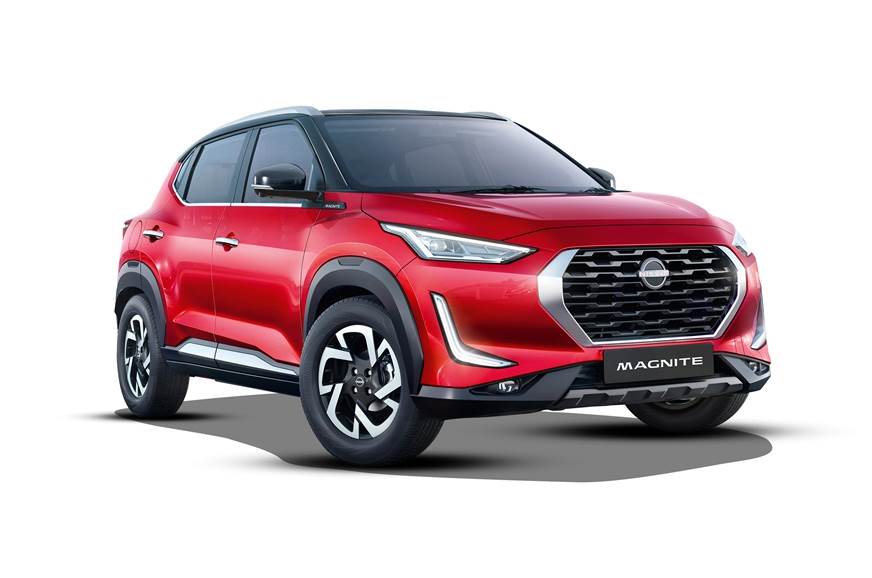