All-new XUV500 will share underpinnings with the next-gen Ford SUV for India; to launch by end-2020. 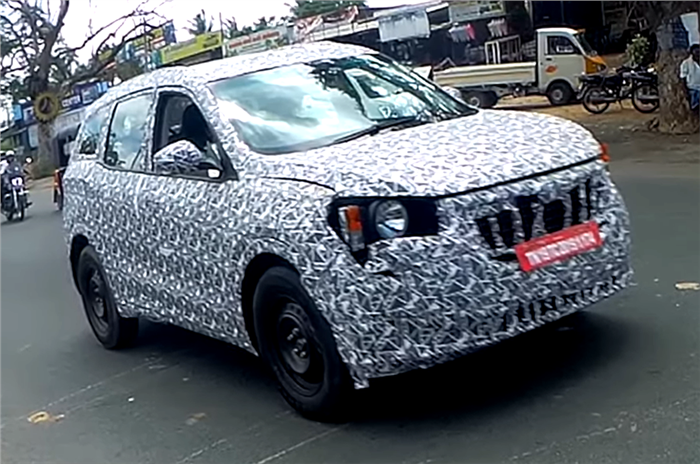 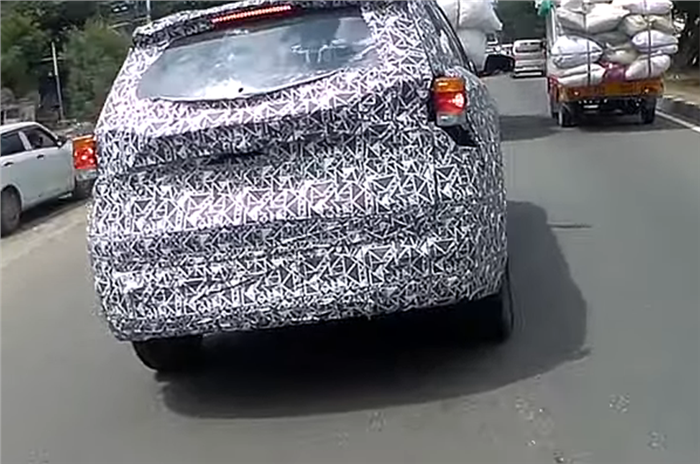 Mahindra has begun road tests of the next-gen XUV500. A first set of spy shots have surfaced online, showing the model being tested in the outskirts of Chennai near the Mahindra Research﻿ Valley. The second generation of Mahindra’s blockbuster SUV (Codename: W601) is expected to see a public unveil sometime in the second half of 2020. The current-gen Mahindra XUV500 has been on sale since 2011 and has received multiple cosmetic and mechanical updates.

The spy shots confirm that the new XUV500’s design will likely be an evolution of the outgoing model. Its overall silhouette is unmistakably XUV500; however, a closer look reveals multiple design tweaks. First, the new XUV500 features a more upright nose, but will get similar front looks with a wide Mahindra family grille and slightly smaller headlamps with Mahindra’s signature vertically placed daytime running lamps that first made its debut on the XUV300. Expect Mahindra to offer LED headlamps and daytime running lamps on the higher variants.

Moving on to the sides, the new XUV500 has the typical crossoveresque look. The front fender sports an all-new design but the doors look quite similar to the first-gen model. The new SUV does not get the ‘cheetah claw’ door handles though, which are a unique touch on the current model. The window line also looks similar but there's a pronounced kink on the rear door, pushing upwards along with the window line – just like the ones on modern Mahindra models like the XUV300 and the Alturas G4. This is likely to come on the next-gen Scorpio as well.

At the back, the upcoming XUV500 gets a new tail-lamp design which is slightly longer than the outgoing model. Apart from this, not much is visible on the rear in the spy pics, due to heavy camouflage.

On the inside, expect better quality and soft-touch materials like the ones seen on the Marazzo MPV – including a more advanced infotainment system along with a higher-resolution screen. Additionally, the new XUV500 is also expected to get better packaging for the seats, with better legroom expected for the second and the third row. The second-gen XUV500 will continue to feature a monocoque construction.

The new XUV500 will continue to be sold with a more powerful 180hp, 2.2-litre engine. The unit will be compliant to Bharat Stage 6 emission norms. A less powerful version of this same engine (140hp/320Nm) will see duty on the next-gen Scorpio and Thar. The engine will feature DPF (diesel particulate filter) and SCR (selective catalytic reduction) which will help it clear the stringent BS6 norms. Gearbox choices will include a 6-speed manual and a 6-speed torque-convertor automatic – just like the outgoing model.

When the new XUV500 makes its debut (sometime in end-2020) it will face stiff competition from the likes of the next-gen Hyundai Creta, which will get a seven-seat version as well. Additionally, it will see competition from five-seat SUVs like the Kia Seltos, MG Hector, Volkswagen T-Cross and Skoda Kamiq.

In March last year, Mahindra and Ford formed an alliance to co-develop new SUVs. This alliance will spawn an all-new SUV for Ford, which will share the same platform as the next-gen XUV500. This new Ford SUV will debut a little later.