All-new Hyundai i20 will come to India next year. 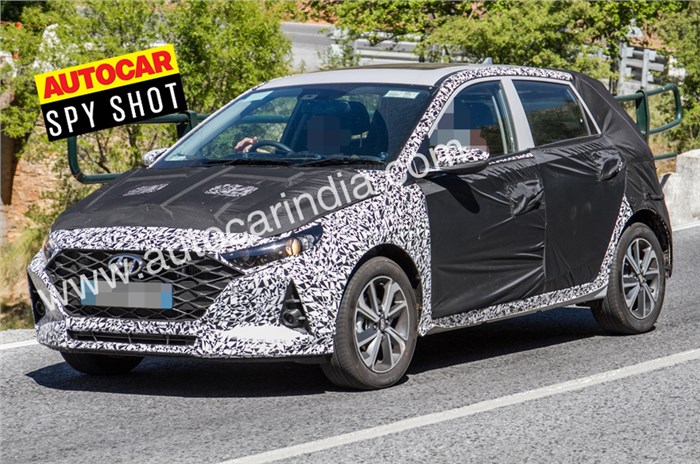 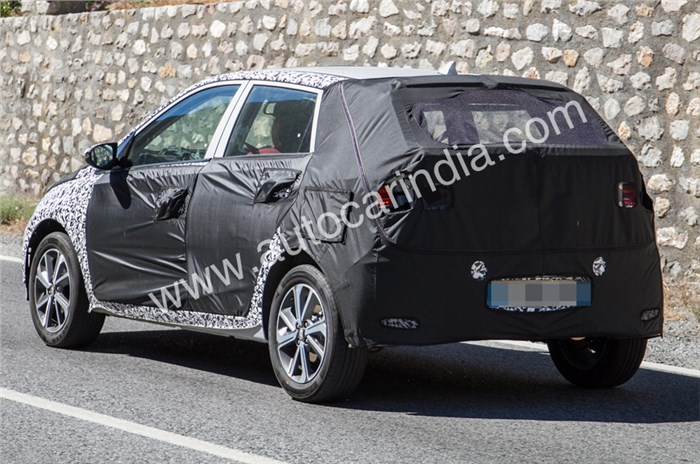 Hyundai has begun road testing the third-gen i20 hatchback globally. We brought you the first spy shots of the new i20 last week when the test mule was spotted testing on the outskirts of Chennai. Today, a new set of spy shots have surfaced, showing the premium hatchback being put through its paces on some twisty roads in Europe.

These new spy shots also give us a glimpse of what the new Hyundai i20 (codename: PI3) would look like when viewed from up front.  Hyundai doesn’t seem to have toyed around much with the new i20’s overall shape and the model looks quite similar to the outgoing car at first glance. However, the new i20 gets major changes to its front-end. The trademark Hyundai ‘cascading grille’ is now much wider and quite similar in shape to the one seen on the Elantra facelift (also India bound, soon) and the Venue SUV.

While Hyundai seems to be maintaining the basic shape of its signature cascade grille, the grille inserts vary depending on the model. The Elantra facelift gets horizontal slats with chrome bits, the Venue gets horizontal as well as vertical slats, while the next-gen i20 test mule gets a criss-cross pattern. The new hatchback’s headlamps merge with the grille and have an upward swooping design. Hyundai will equip the new i20 with LED headlamps along with projector and daytime running lights, depending on variant.  The new i20’s bumper neatly merges into the grille and gets two vertical placement slots for its projector fog lamps.

The current-gen i20 measures 3,995mm in length and Hyundai India will not make it much longer, to ensure it ducks below the crucial four-metre mark in order to qualify for excise benefits. Expect the new i20 to come with a long list of creature comforts and equipment, along with the Hyundai BlueLink system.

The new i20 will come with tried-and-tested engine line-up, which will include the current 83hp, 1.2-litre petrol and also the 120hp, 1.0-litre GDI turbo-petrol engine. Hyundai will also continue to equip the i20 with diesel engines for India as well as global markets.

With new styling, more equipment and updated engines, the new i20 will surely be more competitive when faced with newer rivals like the Toyota Glanza, Maruti Suzuki Baleno, Honda's Jazz and the Tata Altroz.